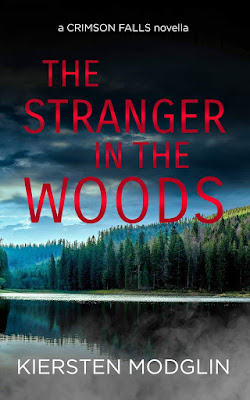 Arlie Montgomery is no stranger to tragedy.
In fact, tragedy brought Arlie everything she’d ever dreamed of in one fell swoop.


As a thriller author, Arlie should’ve had it easy. Growing up in the town of Crimson Falls, there was no shortage of inspiration, after all.


When her husband’s tragic death becomes national news, Arlie’s failing career skyrockets overnight. Suddenly she has everything she ever wanted, except the man she’d hoped to share her dream with.


As she approaches the anniversary of her husband’s death, Arlie finds a stranger in the woods outside of her town. A man with no memory of who he is or why he came to Crimson Falls. Desperate and lonely, Arlie takes him into her home.


With the town’s own anniversary—the cursed Founders Day—drawing near, crime levels rise and the annual murders begin. This year, the deaths take on a new twist: the killer is copying the murders from Arlie’s books.


As suspicions surrounding the stranger grow, Arlie must solve the mysteries she’s spent years writing. In a race against time, Arlie must stop the killer she may have created before he takes out the last victim from her books—her. 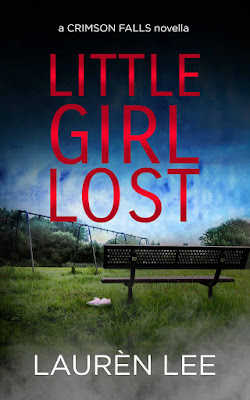 If it bleeds, it leads. . .
Penelope Waterman lives for hard-hitting news articles involving death and destruction. As a reporter in a cursed town, she comes across the most gruesome stories every October. When a young girl goes missing, Penny will stop at nothing to see her name above the fold.


Harper Golden is a normal ten-year-old girl with a curfew of when the street lamps turn on. When she doesn’t arrive home after dark on an ominous night in October, her parents know something has happened to their little girl.


In a race against time, Penny delves deep into the case of the missing girl while Harper desperately wants to be reunited with her family. Penny must decide who she can trust and who’s keeping secrets. Can Penny find Harper before the curse of Crimson Falls strikes again? 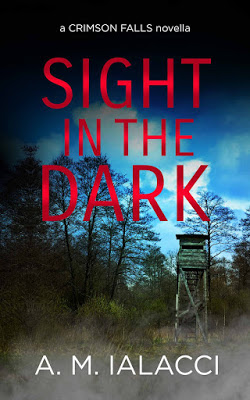 When recently divorced Cleo Kemp inherits a house in the small town of Crimson Falls, she jumps at the opportunity to start over in the seemingly idyllic location. A photographer struggling to find work, Cleo stumbles into the woods looking for a dead body announced on her police scanner. But she’s not prepared for what she finds -- the body of her handyman, and the only man in town who has seen her at her most vulnerable, Officer Will Truman.


Still reeling from being discarded by her second husband, Cleo has a hard time with trust, keeping everyone at arm’s length. But when she’s thrown into assisting Officer Truman with the case, she becomes consumed by the investigation. As she learns that every neighbor harbors dark secrets, she starts to wonder how she can really call Crimson Falls home, and if she can trust the man she’s starting to care for.
When the killer strikes again, closer to home than Cleo ever thought possible, she grows desperate to learn the truth. But in a town riddled with secrets, lies, and mysteries, is there such a thing?
⧫⧫⧫⧫⧫⧫⧫⧫⧫⧫⧫⧫⧫⧫⧫⧫⧫⧫⧫⧫⧫⧫⧫⧫⧫⧫⧫⧫⧫⧫⧫⧫⧫⧫⧫⧫ 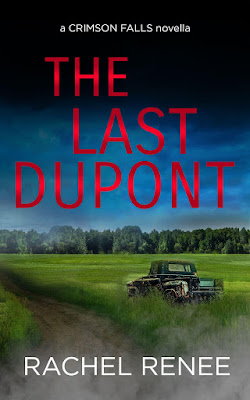 Ella Dupont learned the cruel truth about death at a young age. By the time she was five, her daddy had been murdered and her older sister died mysteriously. After deeming the town cursed, Ella's momma whisked her away to start a new life, far from CrimsonFalls.
Twenty years later, Ella gets a phone call, discovering she is the last living relative to the Dupont name, appointed with the task of settling her grandmother’s's estate. Her momma warned her never to return to the town, but Ella doesn’t believe in curses.


The moment she arrives in Crimson Falls, the town draws her in. Ella extends her visit, desperate to unravel her history from the towns mysterious past. She soon discovers that buried secrets could threaten the life of the last Dupont. 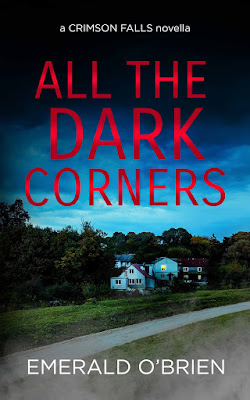 Samantha Tillman had one rule after leaving Crimson Falls: Don't look back.

Not at the one thing she loved most.

Not even after the murder of her father.
When her mother calls, one cold October night, begging for help, Samantha breaks her rule and returns to the town where her self-destructive coping habits were created in the hopes that she can save her mother.
But when she arrives back at her childhood home, she is confronted with the past and people she had desperately tried to forget, and the realization that a part of her never really left the town behind.


As Founders Day approaches, increasingly disturbing events occur in Crimson Falls, and Samantha is reminded of the insidious nature of the people who reside there. Truth has consequences, and as she wrestles to find a way out of the madness, trying to escape again could cost her life. 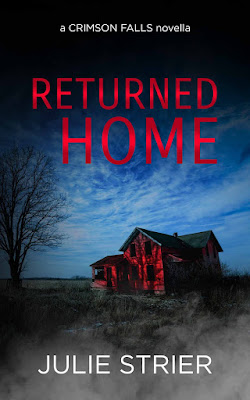 She always wanted to know where she came from…


Orphan Lilith Grace is putting her life back together after escaping her abusive foster father. Waitressing to make ends meet, her world takes a sudden turn when she’s attacked by one of the patrons and ends up in the arms of a handsome brooding artist.


But at what cost?


When a road trip leads her to the cursed town of Crimson Falls, she discovers it holds the key to the thing she’s been searching for her entire life. But she isn’t prepared for how dark her past is, or what it will cost her to find out the truth. 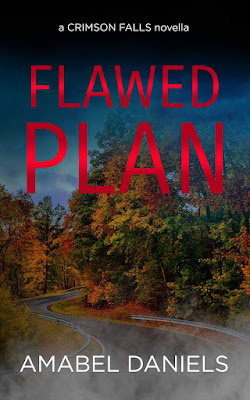 Pranks are all fun and games until someone dies...


Renee Harding can’t wait to graduate high school and leave Crimson Falls, a town that’s never been kind to her. But before she can dream any further about her future and the plans she and her best friend Jackson might make, she learns of a prank three bullies plot against him.

Too late to warn him of the trick that is aimed his way, she arrives at the scene in time to witness a murder. Gone. Just like that, Jackson is dead, all because of three close-minded jerks who’d wanted some fun.


A storm prevents her from informing the police, forcing her to confront the reality that Jackson is dead. But the next day, when she discovers something unexpected at school, it seems her story might be contradicting. And later, when strange things happen, targeting the trio of bullies, Renee questions what is real. But these bullies don’t care for a taste of their own medicine, and one threatens Renee to stop. 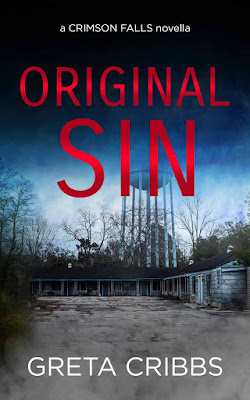 What drives a man to become a killer?
When Dr. Meredith Bowen gets the opportunity to interview Duane Tolloch, a man convicted of committing multiple murders between 1965 and 1967, all she can think about is the needed boost this assignment will give to her career. A seasoned psychiatrist, she is no stranger to the darker regions of the human mind, but as Tolloch relates his tale of a "town curse" and a cycle of abuse that stretches back before he was even born, his story shakes Meredith's preconceived notions about the nature of the human psyche, as well as her faith in science, to the core.


Was Tolloch simply a man who chose the wrong path, or did his abusive childhood create the monster he grew up to be?


Or could the theory of the town curse actually be true? 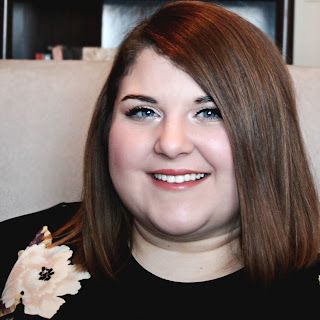 Kiersten Modglin is a suspense author who enjoys dabbling in all the sub-genres. A Netflix addict, Shonda Rhimes super-fan, psychology fanatic, and indoor enthusiast, Kiersten enjoys rainy days spent with her nose in a book. More than anything, she loves reading & creating life-changing stories. 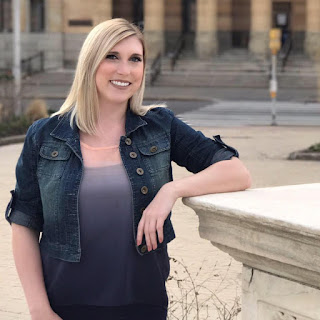 Laurèn Lee was born and raised in Buffalo, New York. She loves hockey, chicken wings and spending time with family, friends and her boyfriend.
Reading and writing are her life's passions and becoming a full-time author is her ultimate dream. As a child, Laurèn became enamored with the Harry Potter series. As an adult, she loves psychological thrillers and mysteries with a twist. 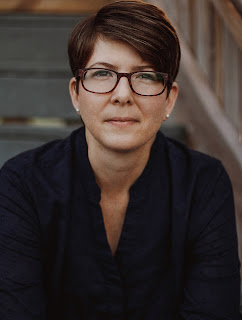 Growing up on a steady diet of Murder She Wrote and Nancy Drew, it wasn’t until Anna left her twenty-year teaching career that she realized she might be able to write her own mystery. Single mom to a teenager on the autism spectrum, and living in a multigenerational household, she loves the beach, reading Scandinavian crime fiction, and binging on Netflix. Anna is the winner of the Occasions, Just Write Writing Contest 2018, and a runner up in the Writer’s Domain One Sentence Story Contest 2018. 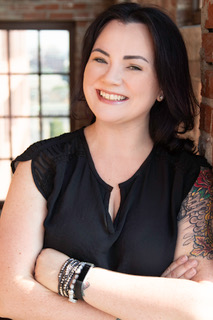 Rachel Renee, born and raised in Cincinnati, Ohio, finds herself residing with her family in the suburbs. After completing a degree in psychology and racking up thousands of dollars in debt, she decided to become a stay at home mom and homeschool her children, all the while working on her writing career. While she is not using her degree in the secular world she uses it on a daily basis, psychoanalyzing her husband of almost 15 years and two children (10 & 8), her two dogs, three cats and her life as a writer and teacher. While Rachel enjoys reading books from many different genres, she also enjoys writing different genres as well. Her first release is a contemporary romance and her second two are in the murder mystery/crime series genre entitled Instincts and Human Nature. The third in the series is coming out later in March! Stay tuned as Rachel continues her journey! 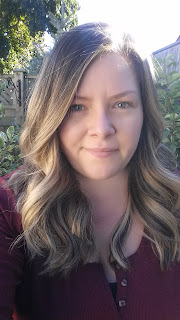 Emerald O’Brien is a Canadian writer who grew up just east of Toronto, Ontario. She studied Television Broadcasting and Communications Media, graduating from the program at Mohawk College in Hamilton, Ontario. With 10 published novels to date, Emerald writes unpredictable stories packed with suspense. When she's not reading or writing, Emerald can be found with family and friends. Watching movies with her husband and their two beagles is one of her favourite ways to spend an evening at home. 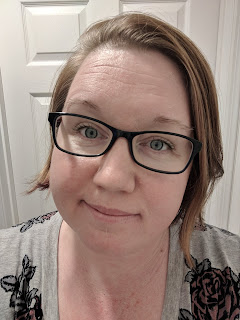 Always wanting to be a writer, Julie Strier grew up on a healthy diet of strange stories, mostly Stephen King, Dean Koontz, and Poppy Z. Brite. But it wasn’t until she wrestled with postpartum depression that her dream was born. A new mom struggling to find her identity, Julie found herself again by returning to the thing she loved - writing. Now she writes strange, suspenseful, thrilling novels of her own. She enjoys writing fast-paced, action-packed fiction featuring flawed, real characters. When she’s not writing, she can be found keeping her energetic toddler from climbing the world and hanging with her husband and dog. She’s also hopelessly addicted to knitting, music, and the internet. 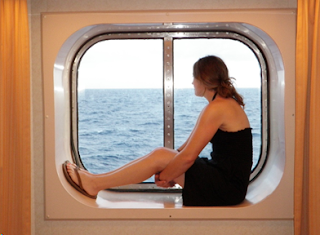 Amabel Daniels lives in Northwest Ohio with her patient husband, three adventurous girls, and a collection of too many cats and dogs. Although she holds a Master’s degree in Ecology, her true love is finding a good book. When she isn’t spending time outdoors, or wondering how to negotiate with her mightily independent two-year-old daughter, she’s busy brewing up her next novel, usually as she lets her mind run off with the addictive words of “what if…” 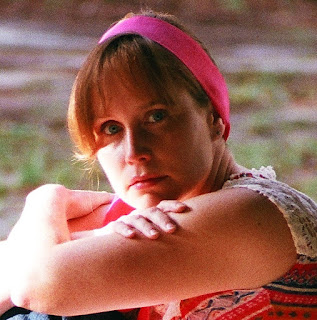 Greta Cribbs has worn many hats over the years, from mom to schoolteacher to church choir director. She constantly seeks out opportunities to indulge her many interests, but writing is the passion that has been with her the longest. She wrote her first poem at the age of nine and has been creating stories ever since. She published her first book, Amelia’s Children, in 2015, followed by Primogénito in 2016, and Road to Yesterday in 2017. In 2018, she published Venganza, a prequel to Primogénito. Original Sin is her fifth published work. You can follow her on Twitter, Facebook, or her website for the latest information about her writing and other projects she is working on.