COVER REVEAL for Making Home with You by Claire Raye

Today we have the cover reveal of MAKING HOME WITH YOU by Claire Raye! Check out this fantastic new contemporary romance, and be sure to grab your copy April 24th! 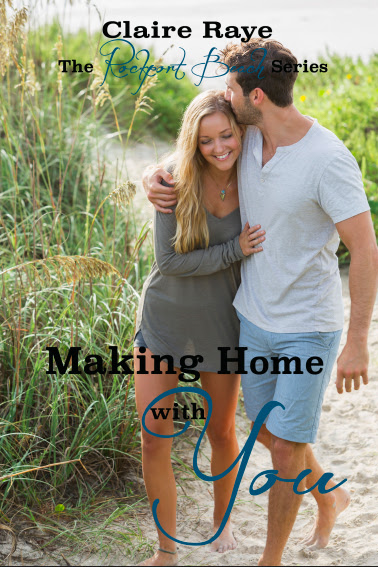 Title: Making Home With You

About Making Home With You:

Finn O’Loughlin is the strong silent type, and as Rockport’s chief of police he’s also the town’s most eligible bachelor. But the last thing he’s interested in is a relationship. But the last thing he’s interested in is a relationship. That is until he hooks up with an enigmatic blonde in the bathroom of his family’s pub. Longing to see her again, she reappears on New Year’s Eve and Finn is shocked to realize who she is. Worried about their secret relationship, they continue in private…until they get caught in the act.   With everything out in public, Finn finally feels at ease, content and surprisingly happy in his new relationship. But, with Finn now off the market, he discovers that not everyone is happy about the situation and soon becomes haunted by a past hook-up who refuses to let go.   Desperate to keep all of this from becoming town gossip, Finn tries to protect his new girlfriend by hiding all of the drama he’s dealing with. Unbeknownst to him though, she’s dealing with problems of her own in the form of a sleazy new boss who doesn’t take no for an answer.   What happens when outside forces trying to pull them apart, collide? Will Finn be able to hold onto this new-found happiness with the first woman to ever captivate him. Or will past regrets and new dangers threaten their happiness?


Catch Up on the Series:

Coming Home To You | Finding Home With You 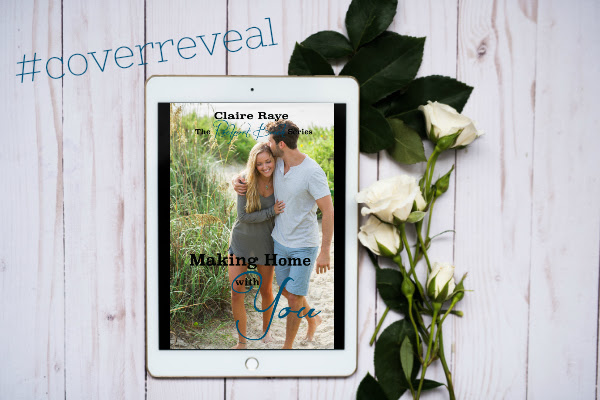 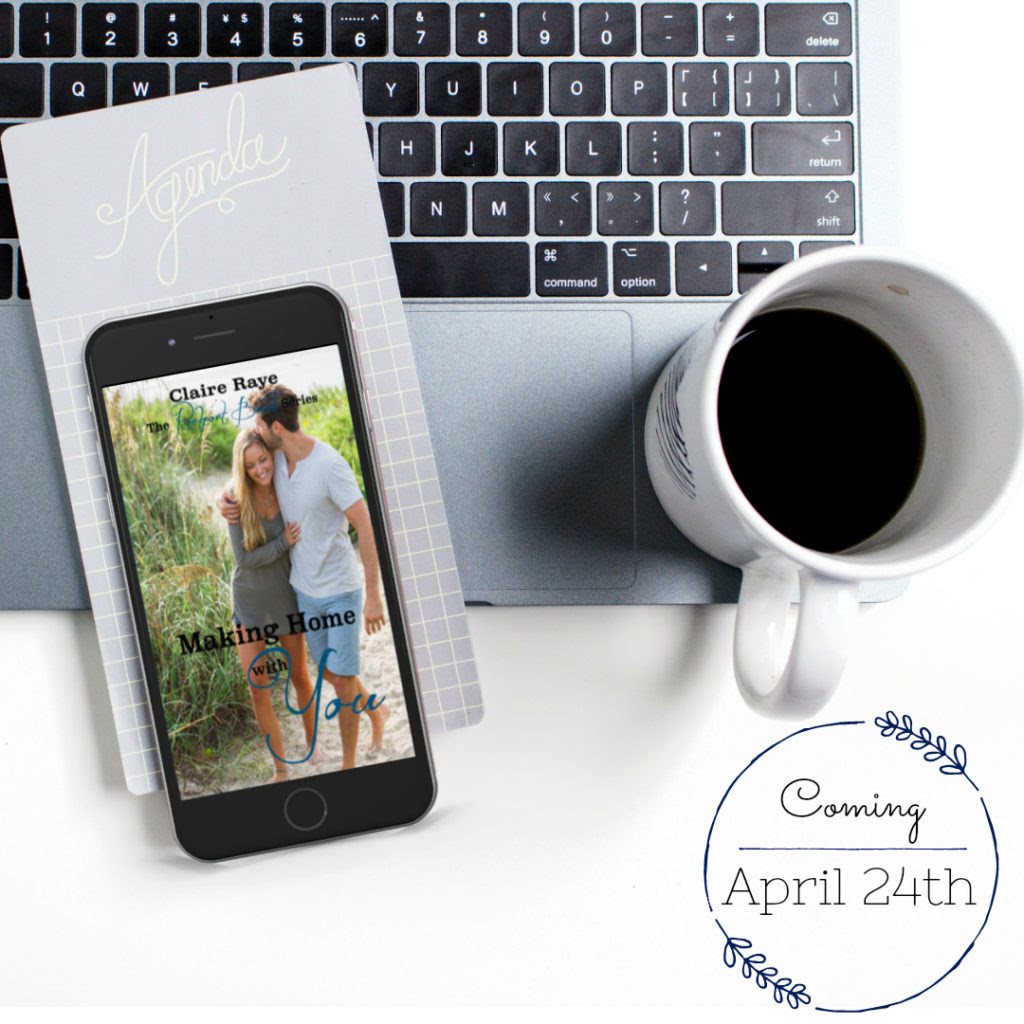 I look up at the clock for what feels like the millionth time. It’s after nine and Finn still isn’t here, the bar is beginning to fill with costume-clad people and I wonder if I’ve made a mistake pushing the fact that I wanted Finn to wear a costume, let alone join me at the party. But it isn’t such an extreme request surely; it’s a party for his brother and future sister-in-law. I tug at my costume as it rides up a little, cutting into my hips and making it slightly uncomfortable. “He doesn’t really like parties. You’ll get used to it,” a voice says from behind me. When I turn around Kelsey is standing there with a small smile on her face, but it’s just for show. It’s almost like she’s trying to reassure me that it isn’t my fault Finn has yet to show up. Part of me assumed he’d use work as an excuse to avoid tonight. But another part of me, the one that likes to think Finn and I have something, needs him to show up. To show me that he enjoys spending time with me despite his hatred of costumes and crowds. That he wants to be with me regardless. “Seriously…” Kelsey says but stops short and I see her eyes widen, and when I hear Beck yell out, “You’ve got to be fucking kidding me?” my eyes instantly gravitate toward the entrance to the bar. I see him, standing, scanning the crowd, searching for someone, searching for me. In that moment my heart stops and everything around me falls silent. I feel his eyes on me, his smile grows as he takes me in and all I can focus on is him walking over to where I’m standing. Navigating the crowded room and ignoring the comments and the women who attempt to stop him. “That boy loves you,” Kelsey says, her mouth close to my ear. “Look at his face!” “What?” I ask, appalled by her reaction to Finn’s arrival. “Don’t act like you don’t know,” she says, giving my side a little pinch before she bails, leaving me speechless. He loves me? I think as Finn finally stops in front of me, his smile even broader than before. He can’t possibly love me or could he? 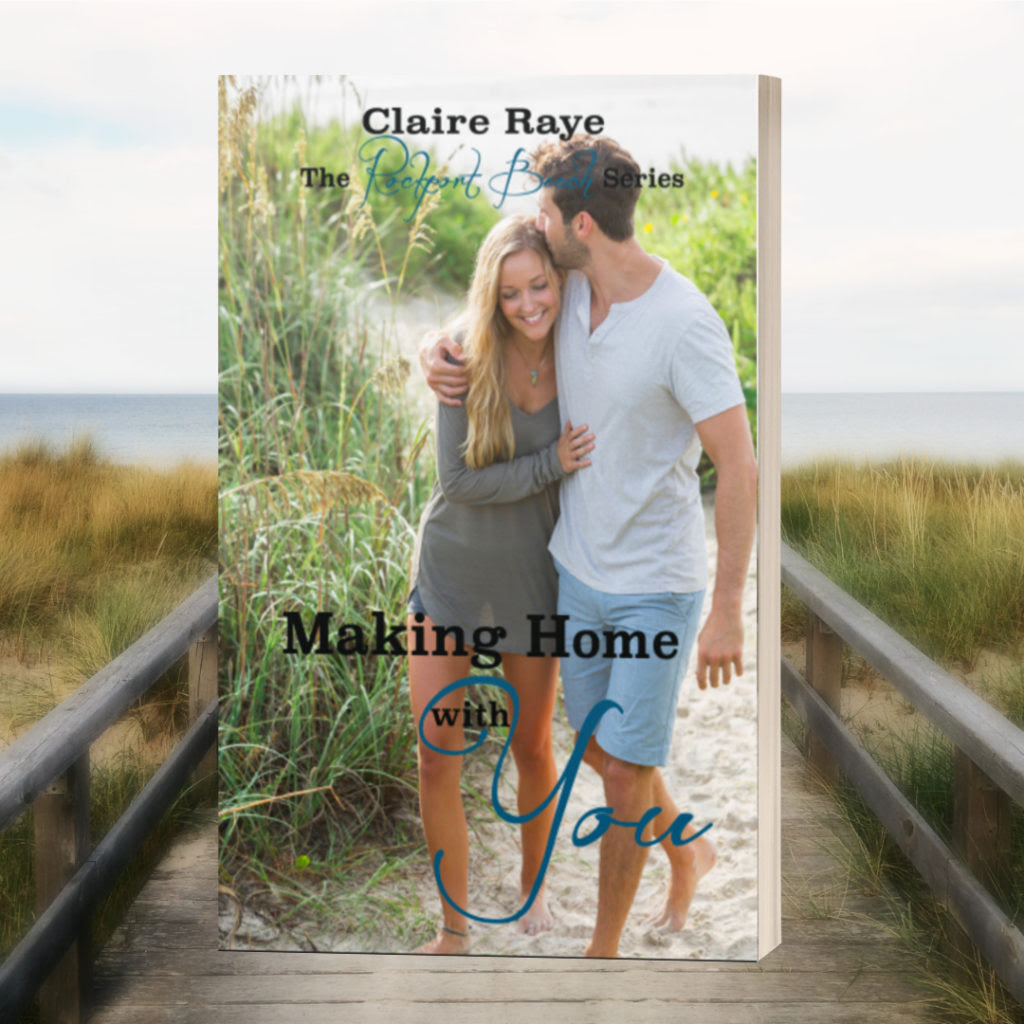 Not only is Claire Raye a really sweet pen name, it’s actually a pen name for two sarcastic best friends who met through their mutual love of reading. After bonding over books (and wine and cheese), they decided to take the plunge and see if they could write a book together and ta dah... The Rockport Beach Series was born! In addition to their shared love of food and dropping an occasional (read, a lot of) f bombs, the writing duo that is Claire Raye like to write about strong, sassy females who aren’t afraid to say what’s on their mind and the overprotective men who fall in love with them. While Claire Raye’s resting bitch face might be strong, she always makes sure her alpha males are stronger!   Writing The Rockport Beach Series has been so much fun, even if Book two needed a shared vacation, a stolen bottle of champagne and far too much vodka and POG to get it back on track! Both halves of Claire Raye are married and both of her husbands have a cheeky side that gets plenty of airtime in her books. From their smart mouths to their witty one-liners, there’s plenty of material to use for all those alpha males she loves to write about.   While Claire Raye isn’t sure she’ll ever reveal who she really is - there’s just something about your co-workers knowing you write erotic love scenes that makes having a pen name that much easier – she’s definitely going to keep on writing. Plans are already underway for the next series, which is sure to feature plenty of sass, steam and humor, and of course, a happily ever after!