REVIEW of Jar of Hearts by Jennifer Hillier 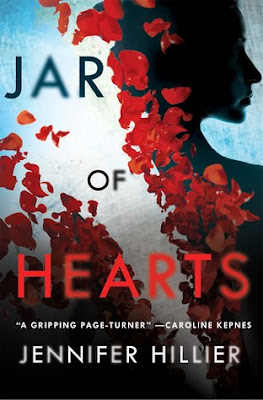 This is the story of three best friends: one who was murdered, one who went to prison, and one who's been searching for the truth all these years . . .

When she was sixteen years old, Angela Wong—one of the most popular girls in school—disappeared without a trace. Nobody ever suspected that her best friend, Georgina Shaw, now an executive and rising star at her Seattle pharmaceutical company, was involved in any way. Certainly not Kaiser Brody, who was close with both girls back in high school.

But fourteen years later, Angela Wong's remains are discovered in the woods near Geo's childhood home. And Kaiser—now a detective with Seattle PD—finally learns the truth: Angela was a victim of Calvin James. The same Calvin James who murdered at least three other women.

To the authorities, Calvin is a serial killer. But to Geo, he's something else entirely. Back in high school, Calvin was Geo's first love. Turbulent and often volatile, their relationship bordered on obsession from the moment they met right up until the night Angela was killed.

While everyone thinks they finally know the truth, there are dark secrets buried deep. And what happened that fateful night is more complex and more chilling than anyone really knows. Now the obsessive past catches up with the deadly present when new bodies begin to turn up, killed in the exact same manner as Angela Wong.

I have become hooked on thrillers lately.   Jar of Hearts is an amazing psychological thriller.  The book is broke into separate parts with each telling more of the story.   The ending, OH MY GOSH, the ending…. I had no clue, not even an idea, until the last couple chapters and I loved it.       The story wrapped up perfectly, the truth came out, and secrets were no longer secrets.  I am glad it had an epilogue just to finish it out.   To tell a little more about the characters that could have been left up to the reader’s imagination.

Jar of Hearts is a story of friendship, jealousy, and murder.   The friendships were typical high school friendships and I liked that they weren’t perfect.    There was jealousy when one of them had a boyfriend and then there was the murder.      The characters were wonderful.  I could feel their pain, their fear, and their love.    Maybe it wasn’t realistic, but I hope that it wasn’t as there was a murder involved and I am sure I don’t want anyone I know to get mixed up in that kind of problem.

Pick up your own copy, find a cozy chair and enjoy an amazing psychological thriller. 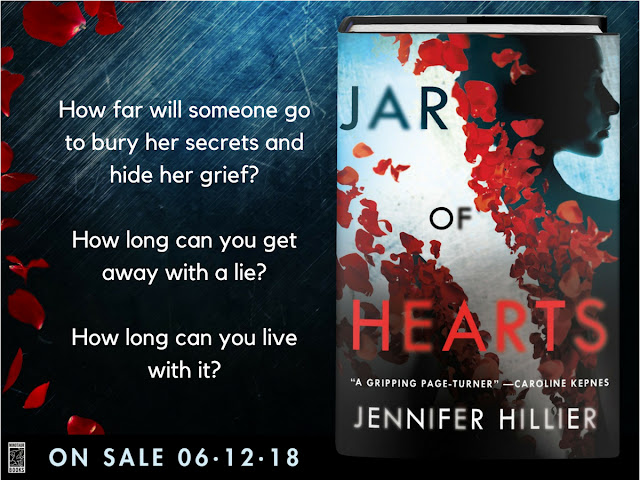