What can you tell readers about your newest release THE GIRL IN THE MOSS?

THE GIRL IN THE MOSS is a cold case mystery/thriller that kicks off when a shallow grave in a mossy forest exposes the bones of a decades-old secret that begins to threaten a small community with lethal consequence. Early reviews have described the story as dark, atmospheric, and twisty with a “shocking conclusion”. While it can be read alone, THE GIRL IN THE MOSS is book 3 in the Angie Pallorino series, and the series has a romantic relationship thread playing out over the arc of the 3 books.

A larger philosophical question around cold case detecting also plays throughout this book. As one Goodreads reviewer wrote: “If history allows those in grief to move forward with their lives, trying to breath new life into a cold case threatens to upend everything for survivors. On the other hand, those who have gotten away with murder are eluding justice. Angie clearly represents Justice in this book, even at times when nearly everyone is against her and when some of the opposition's arguments makes some sense.”

So yes, Angie is dogged, but hopefully for good reason—she knows how vital it was to her own sense of well-being to get to the bottom of her own cold case. She’d like to help others find similar closure.  And justice is something she can believe in.

Angie and Maddocks work really well together when solving crimes. What makes them such great professional partners?

They respect each other’s contribution to an investigation. Each brings a different set of skills to solving a crime. Maddocks is methodical, more by the book, while Angie is more of a lone wolf and she won’t ever give up easily.

I think they asked themselves this question a couple of times :)  But they finally come to realize that they complement each other. They both allow each other freedom to be themselves, and Angie learns to trust Maddocks with her heart.

One of the best things about your novels is the careful attention you give to both your couple and the crime that is being investigated. How do achieve this balance?

Thank you! I try to find a way to make the relationship an integral part of the case and vice versa, so that you can’t really pull one part of the story out without collapsing the whole thing.

Even as an ex-cop, Angie often finds herself in dangerous situations. What draws her to the dark crimes she investigates? Is there anything else she wants to do with her life?

Angie has a passion particularly for helping young women hurt by heinous crimes. This in part is because of her own past, even if she didn’t really know it at first. She’s dead set on running her own PI agency now, where she can pick her cases and still march to her own drum. And because of her reputation, some of those darker cases are going to pick her.

Maddocks has a fine line he must walk -- as a homicide detective he has the duty to his squad, but he also feels a pull to include Angie in his work. How does he reconcile these two competing forces?

At the end of this book, they find a happy medium. Angie will work her own PI cases, many of them cold cases. And while there will be times the lines of her investigations cross with Maddocks’s police work, it will be more collaborative.

What can readers expect next from you?

THE DARK BONES is the working title of my next project. It’s an atmospheric mystery/suspense/romance set in ranching country in the B.C. interior, and while it is a standalone, it links to A DARK LURE, which was an Amazon #1 bestseller. I’ve had many, many readers write to ask for a linked book, and I hope THE DARK BONES hits all those same notes that A DARK LURE did. If all goes to plan—and things do yet all have to slot into place—the book will see the shelves early next summer. 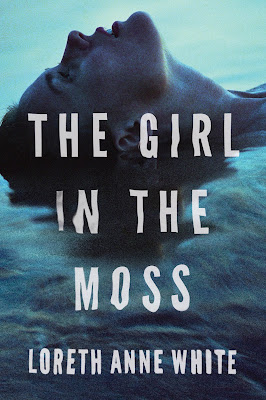 Summary
Disgraced ex-cop Angie Pallorino is determined to make a new start for herself as a private investigator. But first, she and her lover, newly promoted homicide detective James Maddocks, attempt a quiet getaway to rekindle a romance struggling in the shadows of their careers. The peace doesn’t last long when human skeletal remains are found in a nearby mossy grove.

This decades-old mystery is just what Angie needs to establish her new career—even as it thrusts her and Maddocks back into the media spotlight, once again endangering their tenuous relationship.

Then, when Angie’s inquiry into the old crime intersects with a cold case from her own policing past—one that a detective on Maddocks’s new team is working—the investigation takes a startling twist. It puts more than Angie’s last shot at redemption and a future with Maddocks at risk. The mystery of the girl in the moss could kill her. 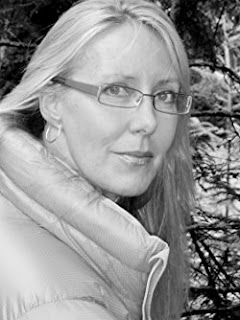 Loreth Anne White is an award-winning, bestselling author of romantic suspense, thrillers, and mysteries, including The Drowned Girls and The Lullaby Girl, the first two books in the Angie Pallorino series. Winner of the Daphne du Maurier Award for Excellence in Mainstream Mystery/Suspense, Loreth is also a three-time RITA finalist, plus a recipient of the Romantic Times Reviewers’ Choice Award, the National Readers’ Choice Award, the Romantic Crown for Best Romantic Suspense and Best Book Overall, and a Booksellers’ Best finalist. A former journalist who has worked in both South Africa and Canada, she now resides in the mountains of the Pacific Northwest with her family. When not writing, she skis, bikes, and hikes the trails with her dog, doing her best to avoid the bears (albeit unsuccessfully). Learn more at www.lorethannewhite.com.
Author Social Media Links