REVIEW & GIVEAWAY of Not Quite Crazy by Catherine Bybee 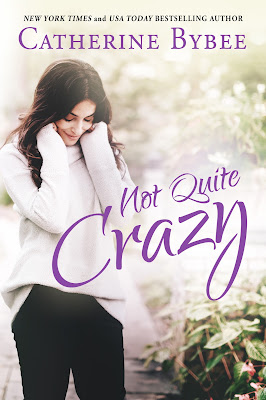 No one drives in New York City. Everyone knows that, including California transplant Rachel Price. But that doesn’t stop her from driving into the city. From Connecticut. Every single morning. Rain or shine…or snow.When she runs the charismatic and good-looking Jason Fairchild off the road, their immediate spark is met with bad timing. There is also one tiny little detail: Jason is her boss. And a woman as intelligent and dedicated to her career as Rachel knows not to date her boss.As CEO of a private jet company, Jason Fairchild is more used to flying than driving. But if he hadn’t chosen to drive home one night, he wouldn’t have met the slowest—and most irresistible—driver in the entire metro area. Jason has never had time for love. Or dating. Or really anything that doesn’t involve work. But when he finds out that Rachel is the newest superstar in his marketing department, he can’t help wondering if fate has other plans…

I am hooked on the Not Quite series.    This one was like a fairy tale.   Girl works while raising her best friends son, stops to help a stranger during a snow storm, and stranger changes her life.     The catch?   The stranger is her boss and CEO of a private jet company.

The stranger is Jason Fairchild.   He lives to work.    Until a fateful night when Rachel Price gives him a ride after is Audi swerves into a snow ditch.   Immediately when these two met the reader could feel the attraction.   I knew their story would be interesting, fun, and sexy.    I loved that Jason immediately took into account that Rachel was a mom.    He made plans, dates that included Owen.    He connected with Owen just as quickly as he connected with Rachel.

Not Quite Crazy is a fun and fast read.   The storyline was enjoyable, quick, and easy to follow.   There was flirting, sexy fun, and family time.   Add in some drama, some family discord, and some scary mom moments and it is the perfect story.      There are twists and turns throughout the story that changes some of the storylines from where I thought they were going to go but the ending was perfect.    I ended with hope for Owen to be happy and a full heart for Rachel to be living life her way with Jason who is going to give her the world.

I definitely recommend picking up your own copy of Not Quite Crazy.

Purchase your copy at 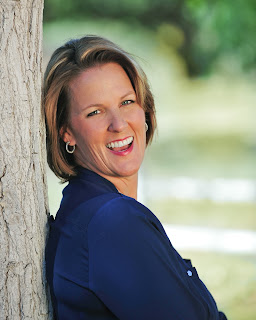 When Catherine Bybee fell in love with the first romance novel she ever read, she promised herself she would one day become a published author. Now she’s written twenty-seven books that have collectively sold more than four million copies and have been translated into more than eighteen languages. Along with her popular Not Quite series, she has also penned the Weekday Brides series, the Most Likely To series, and the First Wives series.

Raised in Washington State, Bybee moved to Southern California in hopes of becoming a movie star. After growing bored with waiting tables, she returned to school and became a registered nurse, spending most of her career in urban emergency rooms. Catherine now writes full-time. Fans can learn more at www.CatherineBybee.com.

Message From the Author

In Not Quite Crazy, California transplant, Rachel Price, doesn’t understand the ramifications of driving into Manhattan from Connecticut every day; in every type of weather…especially snow. When she runs the charming Jason Fairchild off the road, sparks fly. Too bad Jason is her new boss and dating him is out of the question. Everyone knows it’s occupational suicide to date your boss.

Determined to keep her distance romantically, the two dive into a friendship. It isn’t long before those sparks ignite and neither one of them can deny their attraction. Throw in a teenage ward that Rachel has taken on after the death of her best friend, and biological grandparents that seek custody; and this heart warming love story is bound to whisk you away.

While I was writing Not Quite Crazy I took an impromptu trip to Manhattan last March. I purposely chose a winter month where I might be able to absorb what it felt like to be in the city when snow covered the ground. That might sound silly for those of you who live in the city, but for me, a woman who has lived in Southern California since she was eighteen years old, I had no idea just how snow impacts day to day life.

On the drive in from the airport, I was immediately struck by the bikes chained to posts and buried by snow. I observed a man digging his car out and effectively covering his neighbor’s car in the process. The plows did a great job of clearing the path for those cars actually moving, but did an equally fantastic job of making sure some vehicles couldn’t move for days. Trash piled up on the sidewalks would have to wait to be picked up until the thaw. It was astonishing to see. But the best experience for me, and one that made it into the pages of Not Quite Crazy, came when I took my first ride on the subway. You see, I was on my way uptown, from downtown to meet with my agent. Keep in mind, Manhattan is only five miles long. But it was St. Patrick’s Day and I completely forgot about the parade. I ordered an Uber, as one does, and sat bumper to bumper for nearly two hours. After arriving extremely late to my lunch, my wise and savvy agent gave me the instructions I needed to ride the subway back to my downtown hotel. I’m a grown woman, riding a subway shouldn’t intimidate me… but if I were honest, it did. So, with my purse strapped to my shoulder and zipped on the inside of my jacket, and my eyes wide open, I crowded into the underground train along with just about everyone else in the city.  Street performers jumped onto the car and started singing for change. Tourists chatted enthusiastically while locals looked bored with the whole process.

Rachel, my heroine in Not Quite Crazy is an extension of everyone I know that has lived in California. Here on the west coast we all have cars. We’re in them all the time. Public transportation is a joke when the distance between downtown LA and Orange County is so far away. The concept of always relying on public transportation to get to work every single day isn’t something most Southern Californian’s do. So when Rachel showed up on the page, I made sure she personified my own stubbornness about independently driving to and from wherever she needed to go. Even if it takes her two hours more than it should.

I hope you all enjoy this final chapter in the Not Quite Series and find room on your keeper shelf for Not Quite Crazy.

NOT QUITE CRAZY Excerpt

Rachel found the stack of mail on the dining room table. She fingered through a few bills and tossed the junk to the side to add to the recycle bin. The box Owen had spoken of didn’t have a mailing label. In fact, all that was written on the plain brown box was her name, her first name.

She peeled away the tape, not knowing what to expect. Once she folded the lid back, she saw a handwritten envelope on top of a white canvas bag. It took a little effort to lift the noisy bag from the box—the sound of metal hitting metal struck her as odd.

Chains for the tires on her car.

She opened the note and a second paper fell out.

Thank you for braving this stranger in a storm and keeping me from frostbite. Welcome to Connecticut.

Below his name was a phone number

Something inside her stomach flipped, the buzz a teenage girl feels when she notices a popular boy watching her from the other side of the classroom. Or maybe she was reading into it. Maybe this was just a thank-you, a friendly gesture from a grateful, stranded traveler.

Assuming he gave her a mobile number, Rachel decided to send a text.

Hello Jason. I received your gift. They were incredibly thoughtful. Thank you.

She read her note over, twice, then pressed “Send.” Off it went, in wherever notes went as they traveled faster than Superman in cyberspace.

The phone in her hand buzzed, reminding her she was holding it.

Do you leave gifts on everyone’s doorstep in town?

Was he flirting? It had been some time since she’d sent a text to anyone outside of the friend zone, so she couldn’t tell.

So you double as Connecticut’s Santa Claus?

Well, he wasn’t not flirting.

I’ll keep my mouth closed on one condition.

I want to meet Vixen. She’s always been my favorite.

I thought Vixen was a he.

A boy named Vixen. That’s just cruel. Good point. I’ll see what I can do. The team is on a strict curfew until after the holiday.