REVIEW & GIVEAWAY of The Child by Fiona Barton

In celebration of The Child by Fiona Barton being available in paperback, myself and Berkley Paperback are giving away one copy to a lucky follower. 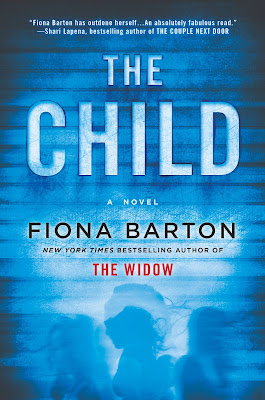 The author of the stunning New York Times bestseller The Widow returns with a brand-new novel of twisting psychological suspense.As an old house is demolished in a gentrifying section of London, a workman discovers a tiny skeleton, buried for years. For journalist Kate Waters, it’s a story that deserves attention. She cobbles together a piece for her newspaper, but at a loss for answers, she can only pose a question: Who is the Building Site Baby?

Fiona Barton, the New York Times bestselling author of The Widow and The Child, trains and works with journalists all over the world. Previously, she was a senior writer at the Daily Mail, news editor at the Daily Telegraph, and chief reporter at the Mail on Sunday, where she won Reporter of the Year at the British Press Awards. Visit her online at fionabartonauthor.com and on Twitter @figbarton. Join the conversation using #TheChild.

“This being a Barton thriller, there’s more to pretty much everything than meets the eye.”—Boston Globe

“A slow-burn portrait of loss and survival.”—Entertainment Weekly

“A novel that is both fast-paced and thought-provoking, it keeps the reader guessing right to the end. THE CHILD truly is the best of both worlds.”—USA Today

“Satisfying…. Long after their secrets are revealed, the author’s compassion for her wounded
characters lingers.”—People

“Ultimately, Barton tells the child’s story as only she can—brilliantly.”—Ft. Worth Star-Telegram

“Multiple narratives mean non-stop action in THE CHILD. . . . the spliced action-narration is an excellent way of reminding you that no crime affects just one person.”—NPR.org