The Child by Fiona Barton 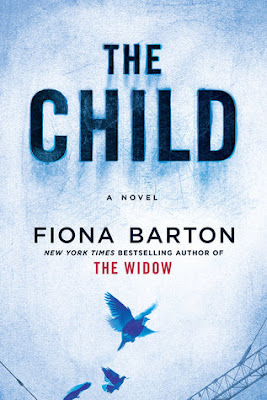 The author of the stunning New York Times bestseller The Widow returns with a brand-new novel of twisting psychological suspense.

As an old house is demolished in a gentrifying section of London, a workman discovers a tiny skeleton, buried for years. For journalist Kate Waters, it’s a story that deserves attention. She cobbles together a piece for her newspaper, but at a loss for answers, she can only pose a question: Who is the Building Site Baby?

Thank you Loren Jaggers, Assistant Director of Publicity at Berkley Publishing Group/New American Library and NetGalley for a copy of the book in exchange for an honest review.

EARLY PRAISE FOR THE CHILD

·         “Fiona Barton has outdone herself with THE CHILD. An engrossing, irresistible story about the coming to light of a long-buried secret and an absolutely fabulous read—I loved it!”—Shari Lapena, New York Times bestselling author of The Couple Next Door

PRAISE FOR THE INTERNATIONAL BESTSELLER THE WIDOW

·         “[Barton’s] journalistic eye is what makes this debut novel so assured and compelling.”—NPR.org

·         “For all its twists, The Widow never loses sight of the dark secrets that define ordinary lives”—CHICAGO TRIBUNE

·         “THE WIDOW is being compared to Gone Girl, Before I Go To Sleep, and The Girl on the Train. It's actually better than them all.”—FORT WORTH STAR-TELEGRAM