Girl on Point by Cheryl Guerriero 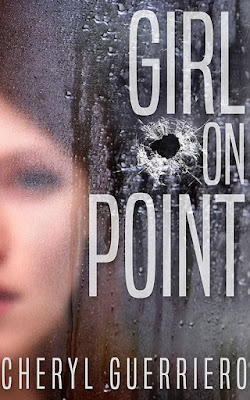 Alexandra Campbell’s life comes to a crashing halt the night her younger sister is killed during a convenience store robbery. Shattered by guilt, Alex distances herself from her friends and family. Months later, with the police investigation stalled, she fears justice may never be served.

Determined to avenge her sister’s murder, Alex disguises herself and joins the gang responsible for the shooting. To identify the one who pulled the trigger, Alex must put her own life at risk in a world of dangerous criminals. But the longer she plays her new game, the more the lines blur between loyalty and betrayal.

Alex Campbell’s sister is murdered after a tough basketball game against their rivals.    When the police fail to find enough evidence to prosecute the young girls that shot her Alex decides to take matters into her own hands.   Girl on Point is Alex’s story of dealing with the death of Jenny, her sister.   Alex doesn’t deal with it the way most teenagers would.   She takes her life into her own hands and does things that made this momma cringe.

Within the Alex’s story I got a peak into the life of inner city youth.     I saw how drugs, poverty, lack of parent participation can affect a teenager in negative and positive ways.     There is depression, guilt from being a survivor, friendship in a places that was never expected, and healing.       For such a heavy story it moved at a fast pace that had me unable to put the book down.    I was turning pages, reading words, and needing to know what would happen.      Even when I had to put the book down I was thinking about it, wondering where the story was heading, if Alex would find peace…EVER.

Girl on Point is a marvelous book.    It is hard, tough, real, and wonderful.    I definitely recommend picking up your own copy.

Thank you Red Adept Publishing for a copy of the book in exchange for an honest review. 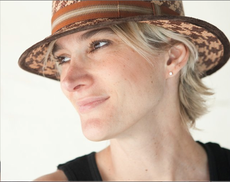 Cheryl Guerriero was born and raised in Middletown, New Jersey, and she currently lives in Los Angeles, California. She began her writing career as a screenwriter. She wrote the screenplays for Ghost in the Ring, Hunting Season, and many more.
Cheryl wrote, directed, and produced the documentary short My Best Kept Secret. In 2004, Cheryl was invited to the Oprah Winfrey show to discuss the work.
When she’s not writing and reading, Cheryl likes to hike and play competitive dodgeball in leagues and tournaments all over Los Angeles.
Posted by A Soccer Mom's Book Blog at 3:00 AM