THE WIDOWER’S WIFE By Cate Holahan 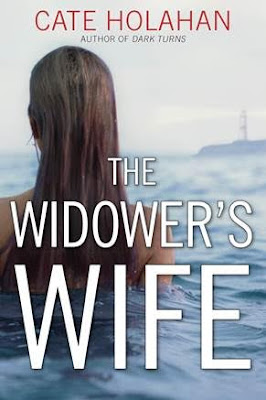 Ana Bacon, a young housewife, tumbles off a cruise ship into the dark and deadly waters, but did she take her secrets with her?

Investigator Ryan Monahan is a numbers man. So when his company sends him the Bacon case, which could net a ten million dollar payout, Monahan doubts that her death is just a tragic accident. But thehusband has a substantial alibi and a number of witnesses claim to have seen Ana fall. So the official ruling seems to be substantiated.

Still, the more Monahan uncovers about Ana’s life, the more he realizes how many people would kill to keep her secrets hidden. And the closer he gets to the truth, the greater the odds grow that he, too, will take a fatal fall.

Cate Holahan looks at the dark underbelly of a marriage from the perspectives of the detective and thevictim in her tense and enthralling page-turner, The Widower's Wife.

Oh My… Cate Holahan did it again!   This is the second book of hers that I have read and with both I have not been able to stop reading.   The drama, the mystery, the relationships, and the who-dun-it were absolutely wonderful.      The relationships between the characters were spot on.   Perfectly realistic, perfectly scarey (sometimes), and just perfect all the way around.   The drama and mystery was intriguing enough without going so far out of bounds that it seemed unreal.

While reading sometimes a character just hits your heart.   With The Widower’s Wife it was Sophia.  Sophia is Anna and Tom’s young daughter.    With every twist and turn I kept her in my thoughts wondering how this would affect her.   Being young most of the things happened around her and without her knowledge yet somehow I knew some of the happenings would stick with her.     I loved how Anna’s every action was to keep Sophia safe in a happy lifestyle.

The Widower’s Wife is a fast paced thriller that definitely keeps the reader on their toes.    The story is a twist on a familiar type of story.     There is no question of who the bad guy is and even knowing this I could not put the book down.   Pick up your own copy of The Widower’s Wife immediately.    I guarantee you won’t be able to put it down.

CATHERINE “CATE” HOLAHAN is an award-winning journalist and former television producer. Holahan’s articles have appeared in BusinessWeek, The Boston Globe, The Record and on web sites for CBS, MSN Money, NorthJersey.com, BusinessWeek.com, and CNBC. Her short fiction won first place in the 19th annual Calliope competition, a magazine published by the writer's group of American Mensa.

Advance Praise for The Widower’s Wife

“One of those rare thrillers that really will keep you reading all night, especially if you pack it to take on your next Caribbean cruise.”
–Kirkus, starred review

“Ingenious and engrossing. The Widower’s Wife is a twisting, Gone Girl-esque thriller full of lies and secrets that kept me delightfully off balance right to the end. Cate Holahan is a star on the rise.”
–Brad Parks, Shamus, Nero, and Lefty award-winning author of The Fraud

“The investigator Ryan Monahan is so intriguing that readers will be anxious to read about his further adventures.”
–RT Book Reviews