#1 New York Times bestselling author J. R. Ward delivers the second novel in her Bourbon Kings series—a sweeping saga of a Southern dynasty struggling to maintain a façade of privilege and prosperity, while secrets and indiscretions threaten its very foundation… 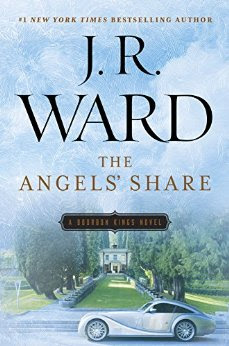 In Charlemont, Kentucky, the Bradford family is the crème de la crème of high society—just like their exclusive brand of bourbon. And their complicated lives and vast estate are run by a discrete staff who inevitably become embroiled in their affairs. This is especially true now, when the apparent suicide of the family patriarch is starting to look more and more like murder…

No one is above suspicion—especially the eldest Bradford son, Edward. The bad blood between him and his father is known far and wide, and he is aware that he could be named a suspect. As the investigation into the death intensifies, he keeps himself busy at the bottom of a bottle—as well as with his former horse trainer’s daughter. Meanwhile, the family’s financial future lies in the perfectly manicured hands of a business rival, a woman who wants Edward all to herself.

Everything has consequences; everybody has secrets. And few can be trusted. Then, at the very brink of the family’s demise, someone thought lost to them forever returns to the fold. Maxwell Bradford has come home. But is he a savior...or the worst of all the sinners?

My Thoughts…
As I finished Bourbon Kings, book one of this series, (my review HERE) I had so many questions.   There were so many characters that I wanted to know more about.    When I picked up The Angel’s Share I was hoping and praying that this would be Edward’s time to share his story.   While there was a lot about Edward there was also a lot about the other characters that I had grown to care about.   Lane and Lizzie were able to have their relationship grow, Gin is still being interesting, and Max is still mysterious.

J.R. Ward has such a way with words that I didn’t always realize how long I had read.  I sat down to read a chapter or two and ended up reading for over an hour because I was so into the story.     The descriptions of the characters made them seem so realistic to me that I was in the rooms they were in, I was invested in the issues they were dealing with, and I was hoping for happy endings for them all.    I am not sure that I have ever seen a more dysfunctional family yet they are a family I would love to be a part of.

The Bourbon Kings Series is phenomenal.    I am already pulled into this series and anxious for the next book to be released.     The Bradford family is wonderful, the southern setting is breathtaking, and the story is magnificent.

Praise for The Bourbon Kings
“Breathless fun! J. R. Ward moves her trademark dark and sexy from the world of warrior vampires to the halls of the Kentucky elite, where the family members’ claws are just as sharp and the consequences just as deadly. I couldn’t stop turning the pages!”
—New York Times bestselling author Lisa Gardner

“With more devious characters than Dynasty, The Bourbon Kings is juicy soap opera at its finest.”
—The Philadelphia Enquirer

“Soapy elements abound in this Dynastyesque tale, from lavish wealth to feuds, dirty secrets, and forbidden love…Ward is a master of pacing and world building, and readers will love that the cliff-hanger ending guarantees at least a second helping of the Bradfords.”


—Booklist (starred review)
Posted by A Soccer Mom's Book Blog at 3:00 AM