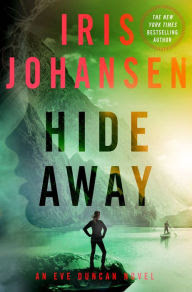 Iris Johansen's beloved forensic sculptor Eve Duncan is back and now the stakes are higher than ever. Dramatic changes are on the horizon for Eve and Joe Quinn and their relationship may never be the same. Faced with the task of protecting Cara Delaney, a young girl with ruthless enemies who want to see her dead, Eve takes her away to the remote Scottish Highlands where they join Jane MacGuire in search of a hidden treasure. But nowhere is far enough away to protect Cara from danger. With enemies closing in from all sides, Hide Away is a high-octane thriller that fans will not want to miss.

I have to be honest and say that I was a little burnt out on the Eve Duncan series before reading Shadow Play and Hide Away.  I felt like the stories were get redundant and needed some freshness brought into them.       This series within the series is exactly what Eve’s story needed.      I love to catch up on the old and familiar characters but the new character of Cara is what really pulled me in.

Shadow Play is the first book in this series of Eve Duncan books and it led into Hide Away perfectly.     I love when a book ends and the next picks it up exactly where the first left off.        The story loses no momentum by ending on book and starting another, which is something I hope continues with the third book.

With Eve having taken Cara under her wing and learning something new about herself, she still takes risks but has to weigh the risks even more with her new knowledge.     I was always amazed by how far she is willing to go to protect those she loves while putting herself in harm’s way, even unintentionally.    Joe Quinn, he is swoon worthy, goes even farther to protect Eve.   Those Eve protects are important to Quinn, his goal in life is to keep Eve safe.   It has always been that way and it is still is.      The connection between these two are still awes me.     I know that it can happen, but the way Iris Johansen is able to portray their connection and pull the reader in is absolutely amazing.

The suspense, the romance, and the treasure hunt are all wonderful.    This is the Iris Johansen that I love to read.      The best part… this series does not have to be read in order.     As with many series it is better read in order but only due to getting to recognize some of the repeat characters and having an understanding of Eve, Jane, and Quinn.    I already can’t wait to read the last book in this series coming out in July. 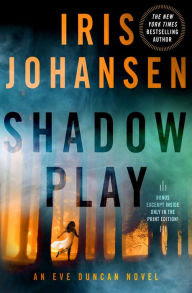 Eve Duncan is the most sought-after artist in the field of forensic sculpting. Dedicated to her work ever since her daughter Bonnie was taken and killed at the age of seven, Eve feels a sense of duty to those whose lives were lost and whose bones are now in her hands. When a sheriff in California contacts her with a request for help on the reconstruction of the skull of a nine-year-old girl whose body has been buried for eight years, his intensity and investment in the case puzzle her. But when the ghost of the girl begins communicating with her, Eve finds herself wrapped up in the case more intensely than she could have ever imagined. Not since Bonnie has Eve had such an experience, and suddenly she finds herself determined to solve the murder and help the little girl find peace. Except that the killer is still out there, and he knows Eve is on the case. And he won’t rest until anything and anyone that could reveal his identity is eliminated...

The relationship between Eve and Joe is still one of my favorites.   It is not usually featured in the story but it is always there.     The respect, love, and trust between them is so strong.     There is so much else going on within the story that it is sometimes pushed back and not brought to the reader’s attention yet I notice it in every book.       They may not always like what the other is doing but they always protect and support each other.

What I had forgotten from the past books in this series is the paranormal aspect.    Jenny, the newest skull Eve is working on, comes to her and talks to her.    Jenny tells her story to Eve and it brings Eve farther into the search for Jenny’s family, killer, and her history.      This is just one paranormal aspect found in Shadow Play.   There are others.   Some seem reasonable, some are a little more out there.

This is part of a trilogy within the Eve Duncan series.    I am so excited to read the rest of this series.    I definitely recommend checking it out.