The Summer of Me by Angela Benson

About The Summer of Me 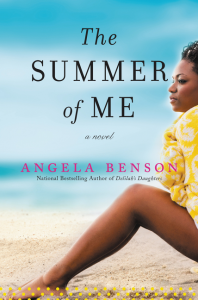 The national bestselling author of Delilah’s Daughters and The Amen Sisters returns with a moving story about a single mother who, in one unforgettable summer, discovers the woman she can become. As a single mother, Destiny makes sacrifices for her children—including saying good-bye for the summer so they can spend time with their father and stepmother. Though she’ll miss them with all her heart, the time alone gives her an opportunity to address her own needs, like finishing her college degree. But Destiny’s friends think her summer should include some romance. Destiny doesn’t want to be set up . . . until she meets Daniel. The handsome, warm, and charming pastor soon sweeps her off her feet. But is romance what she really wants? Or needs? As the days pass, Destiny will make new discoveries—about herself, the man she’s fallen for, and the people around her. And she’ll face challenging choices too. But most of all, she’ll grow in ways she never imagined, learning unexpected lessons about trust, forgiveness, and the price of motherhood . . . and becoming the woman she truly wants to be.

The Summer of Me is a great read.    There is so much going on that this could have been a couple of books, yet it wasn’t too much for one book.    The characters were developed perfectly and the storyline flowed at an easy pace.   There is the trials of motherhood, the discovery of new love, blending families, and so much more.

Many times throughout the story I was trying to see ahead and find out where the story could be heading.   A few times I got it right, more times I was slightly wrong, and still others I was clueless.    The story between Destiny and Daniel was the main story and my favorite.   I was nervous as to how it would turn out when all the secrets were told.    It was nice to see that the story didn’t just fall into the happily ever after category,  both characters took the steps needed to be honest with each other.

I recommend The Summer of Me.   It is not always a soft, easy, and pretty story but it is always a good story.      This is my first book by Angela Benson but hopefully not my last. 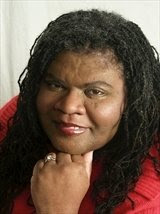 Angela Benson is a graduate of Spelman College and the author of fourteen novels, including the Christy Award–nominated Awakening Mercy, the Essence bestsellerThe Amen Sisters, Up Pops the Devil, and Sins of the Father. She is an associate professor at the University of Alabama and lives in Tuscaloosa, Alabama. Find out more about Angela at her website and connect with her on Facebook.