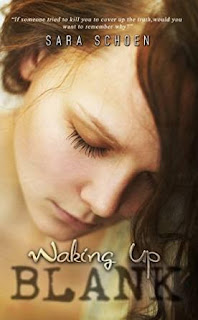 Chelsea Lerman wakes from a sixteen-week coma with a shattered memory.
Following the brutal attack that left her life in tatters, Chelsea learns her best friend Maddie Gray was murdered. Left with only fragments of memory—and none at all about the crime—she is certain she wouldn’t kill Maddie.
But the police aren’t looking for who did it, because they already have a prime suspect…Chelsea. The only way to prove her innocence is to figure out who she is, explore her faded past, and unlock her blocked memories.
The truth she seeks might be deadly.
Chelsea realizes if she didn’t kill Maddie, someone else did. If she has any hope of reclaiming her life, she has to find out who did it…and why. However, her friends, family, and the police aren’t convinced her memory loss is genuine, so she’s forced to undertake the dangerous search alone.
Plagued by a sense of being watched and a series of mysterious “accidents,” and unsure who to trust, Chelsea is running out of time. Can she unmask Maddie’s murderer before she becomes the next victim?
GET IN NOW
AMAZON / B&N


My name is Sara, I’m twenty years old, and I was born and raised in Northern Virginia. I have always been interested in writing, even started a book in elementary school, but it wasn’t until high school that my friend, and writing partner, more or less forced me to join an amateur writing site. After some convincing from her, I plucked up the courage and posted one of my stories. While it wasn’t popular at first, I was shocked and overwhelmed by the support of readers on Wattpad, and they gave me the support and confidence to get where I am today. I continued to write religiously for the next three years I was on the website, starting countless stories and deleting a few others. It wasn't until I was nineteen that I was given the opportunity to work with a publisher, and I'm excited that I now get to share my work with countless other people as well as continue to write for the fans that supported me to continue working toward telling the world a remarkable story.
Posted by A Soccer Mom's Book Blog at 5:00 AM