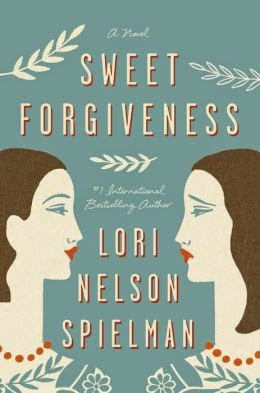 The Forgiveness Stones craze is sweeping the nation—instantly recognizable pouches of stones that come with a chain letter and two simple requests: to forgive, and then to seek forgiveness. But New Orleans' favorite talk show host, Hannah Farr, isn't biting. Intensely private and dating the city’s mayor, Hannah has kept her very own pouch of Forgiveness Stones hidden for two years—and her dark past concealed for nearly two decades. But when Fiona Knowles, creator of the Forgiveness Stones, appears on Hannah’s show, Hannah unwittingly reveals on air details of a decades-old falling out with her mother.

Spurned by her fans, doubted by her friends, and accused by her boyfriend of marring his political career, Hannah reluctantly embarks on a public journey of forgiveness. As events from her past become clearer, the truth she’s clung to since her teenage years has never felt murkier. Hannah must find the courage to right old wrongs, or risk losing her mother, and any glimmer of an authentic life, forever.

Everyone has someone or some people that they would like to forgive.   It is never easy.   When Fiona starts the latest trend of Forgiveness Stones it becomes something everyone is doing.   You send two stones to someone you want to apologize to, if they return one stone to you that means they accept.

Hannah has kept a horrible secret.   I don’t know if I could keep the secret or if I could take it upon myself to apologize to the person who did me wrong.    Hannah is forced to put herself out there and I felt sorry for her.   The pressure from her boss and co-workers was unfair.   Yet, after everything is out in the open, things have changed for the better for her.  I believe that the truth opened her eyes to the world around her and to those who she thought were important to her.   The people she thought loved and had her back were not necessarily the ones who truly did.
Overall, I enjoyed this book.   This is my first book from Lori Nelson Spielman and I would certainly look for more from her.