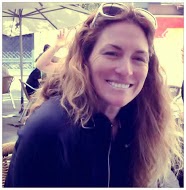 5w’s of Heather C. Leigh
WHO?Who are you beyond being an author?

Interestingly enough, after going to pharmacy school, I applied to get my masters in Forensic Science at the University of New Haven. I was accepted, but decided to move to Atlanta instead, wanting… no, desperately needing to escape the cold.

WHAT?  What do you enjoy doing other than writing in your spare time?

I’m pretty handy with a sewing machine, so I’ve made quite a few quilts, including an Angry Birds Star Wars one for my son. I’ve taken several photography classes but I’m still just an amateur.

As most of my fans know, I’m a HUGE Red Sox fan and a New England Patriots fan so whenever the games are broadcast in Atlanta, I make sure to watch.


WHEN?  When did you know you wanted to be a writer?

Oddly enough, I started writing a screenplay when I was twenty-three years old. I had no idea what I was doing so I didn’t finish it. I still have the story in my head so maybe I’ll make it into a book someday. It’s a thriller/paranormal— in the same genre as Steven King.

I didn’t start writing in earnest until January of 2014. My children were no longer babies and I had a little more free time to devote to myself.


WHERE?  Where do you write?

I have a pretty sweet set up in my finished basement with a desk and shelves and most important, a good sound system to listen to music. Unfortunately, I usually end up writing on my couch because someone always seems to need something from me.

It sounds so clichéd, but I literally have so many stories bouncing around in my head, I HAVE to get them out.

My characters feel real to me. When I finished the final Famous book, I was sad. It was like sending a child off to college. Letting go is difficult.

Fortunately, I have a backlog of about six different new books in my brain to replace the hole left by Syd and Drew.