Q&A with Gregg Olsen author of IF YOU TELL

Had you known about this story before the Knotek sisters contacted you? Why did they reach out to you rather than a different author or write the book themselves?

I had only a very vague recollection of the Knotek case. When I first met Sami (the middle daughter) in Raymond, she told me she was terrified because she was certain that when her mother is released from prison, she’ll murder again. At least one of the sisters had thought of writing their story, but putting words to a page was too painful.

What kind of research did you have to do for the book? Did you go to any of the houses that the Knotek family lived in?

I interviewed each of the sisters several times, as well as traded emails and phone calls with them. The story was theirs to tell. I also had access to hundreds of pages of depositions and interviews from Pacific County in preparation for a trial that never took place. Sami took me to the houses in Raymond—which was very difficult for her—to show me where everything happened. It was the first time she’d been back there. As I worked through the information, I realized that the entire story—or as much as possible—should be from the point of view of the 3 sisters.

How did you balance telling so many of the horrible truths of what happened while also being sensitive to the sister’s trust and bond?

I decided to leave out a few details that weren’t necessary to the telling of the story because revisiting those details in particular would only have caused more harm where enough had already occurred. I really came to love and respect these girls. I hold each one in the highest regard. They’ve been through a war together and telling their story is the highest honor I could have as an author.

What was it like interviewing the Knotek sisters all these years after the crimes? How are they dealing with this in their own lives now?

Here’s the thing, to interview them or even just to spend time with them, you’d never know how their journey started. They are honest, funny, sad, angry, happy… they are completely wonderful women. What Shelly did to them didn’t break them. And I hope she knows that, because her cruelty and games were her greatest joy. She made them suffer, but she’s didn’t stop them from living lives of their own. Good lives.

What was it like interviewing Dave? He comes off, at best, as naïve and complicit, yet 2 of the sisters have a relationship with him. Why do you think that is?

It’s hard to write this because I don’t want to be seen as an apologist for Dave, but I truly think that he was a good man who ended up doing Shelly’s bidding through her relentless assaults on him. He never would have done any of the horrible things he did if not for Shelly. Now that doesn’t get him off the hook, but he did serve his time and told the truth. If you want to see a man who is remorseful, then look at Dave Knotek. Shelly is pure evil. Dave was weak. Simple as that. He talked to me only because his daughters told him that he needed to. He owed them that much. He was soft spoken and not in great health, but grateful that Sami and Tori kept him in their lives.

How did working on this book differ from your other true crime books?

The intensity of the abuse brought me to tears. I’m not ashamed to say that. It was soul crushing to think that there are people out there that would do what Shelly did to her daughters, Shane, Kathy and Ron. Structurally, this was different too. In most true crime books there is a narrative thread provided by the police or the prosecutor as they pursue the case and catch the killer. But there was none of that here. It was the story of a family.

What good do you hope comes from telling the Knotek sister’s story?

I’ve already seen some of it in the reader reviews. People are sending messages of love to the sisters, acknowledging their own abuse, and vowing to keep reminding themselves to be more vigilant when it comes to intervening where abuse is suspected.

Do the sisters have any advice for kids who may be going through something similar, even if it isn’t as extreme?

We talked about that a lot. It circles back to the title of the book. Shelly held it over their heads that if they told, terrible things would happen to the family. The truth, of course, was completely the opposite. If you tell, someone can help you.

IF YOU TELL A True Story of Murder, Family Secrets, and the Unbreakable Bond of Sisterhood by GREGG OLSEN 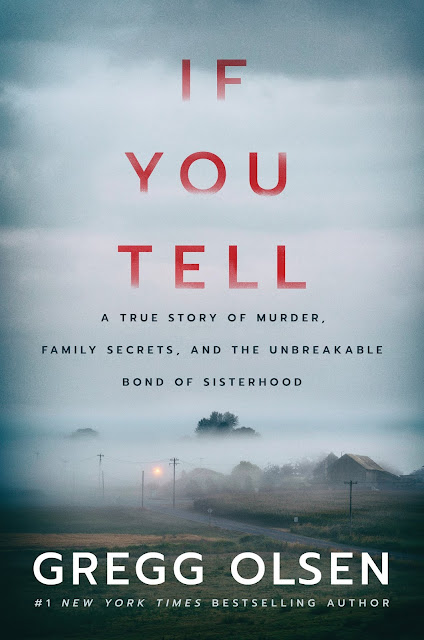 History has a way of repeating itself, but the Knotek daughters will do anything to ensure the abuse they endured and saw during their childhood never does. Speaking out for the first time, Nikki, Sami, and Tori Knotek not only recount years of degradation suffered at the hands of their parents, they also describe the psychological and physical torture they witnessed which lead to the murders of Kathy Loreno, Shane Watson, and Ron Woodworth.

Since the 2003 arrests of Michelle “Shelly” and Dave Knotek, with no trials and minimal media coverage, it left the details of the Knotek family shrouded in mystery. Then after over a decade of silence, Shelly and Dave’s daughters contacted #1 New York Times bestselling author Gregg Olsen in an effort to make sure that the truth about their mother comes to light prior to her release from prison in just a few years. Olsen’s first solo true crime book in 10 years, IF YOU TELL: A True Story of Murder, Family Secrets, and the Unbreakable Bond of Sisterhood highlights his unprecedented access to reveal the details of what actually happened behind the doors of a farmhouse in rural Washington that left 3 people dead and 3 more changed forever.

Olsen pieces together the history of the Knotek family. Shelly was never satisfied, always lied and displayed erratic behavior throughout her whole life and it was all taken out on those around her. But she somehow managed to charm her way into several men’s hearts and portray a sense of trust with friends. What she really was, was verbally, physically, and psychologically abusive, forcing everyone in the house to ask for permission to go to the bathroom, telling them they were worthless, making her husband and nephew kick them, going as far as to not allow food, force them to be barely clothed, and even waterboarding... and then afterwards being tender and apologizing. There were truly no limits to her depravity.

Told from the girls’ point of view, as well as their father’s—who was released from prison in 2016—IF YOU TELL is a gripping, cautionary tale filled with chilling details, but also highlights how the love and bond of sisterhood can overcome trauma and evil. 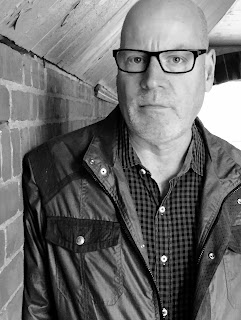 ABOUT THE AUTHOR Gregg Olsen is a #1 New York Times and Amazon Charts bestselling author who has written more than thirty books, including Lying Next to Me, The Last Thing She Ever Did, and two novels in the Nicole Foster series, The Sound of Rain and The Weight of Silence. He’s appeared on multiple television and radio shows and news networks, such as Good Morning America, Dateline, Entertainment Tonight, CNN, and MSNBC. In addition, Olsen has been featured in Redbook, People, and Salon magazine, as well as in the Seattle Times, Los Angeles Times, and New York Post. Washington State officially selected his young adult novel Envy for the National Book Festival, and The Deep Dark was named Idaho Book of the Year. A Seattle native who lives with his wife in rural Washington State.