If you are a thriller reader, J.T. Ellison is the author for you.    She is absolutely amazing!    Her books are guaranteed to pull you in and not stop until you read that last page.   Even when you finish the book you will continue to think about the story you just read.    I've read many of her books and am always thrilled with them. 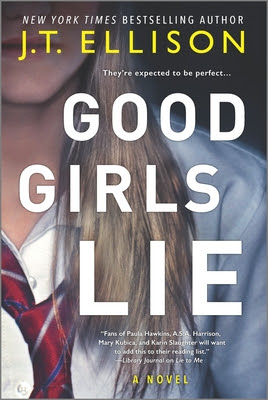 Good Girls Lie is available on December 30th but is available for pre-order now.   I highly recommend going and ordering this book, I could not put it down.  Head to AMAZON now.


Goode girls don’t lie…
Perched atop a hill in the tiny town of Marchburg, Virginia, The Goode School is a prestigious prep school known as a Silent Ivy. The boarding school of choice for daughters of the rich and influential, it accepts only the best and the brightest. Its elite status, long-held traditions and honor code are ideal for preparing exceptional young women for brilliant futures at Ivy League universities and beyond. But a stranger has come to Goode, and this ivy has turned poisonous.
In a world where appearances are everything, as long as students pretend to follow the rules, no one questions the cruelties of the secret societies or the dubious behavior of the privileged young women who expect to get away with murder. But when a popular student is found dead, the truth cannot be ignored. Rumors suggest she was struggling with a secret that drove her to suicide.
But look closely…because there are truths and there are lies, and then there is everything that really happened. 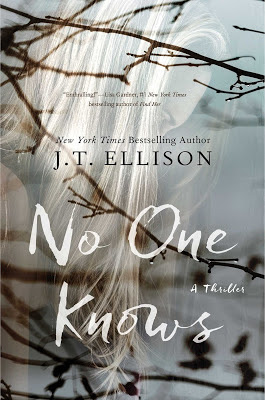 The day Aubrey Hamilton’s husband is declared dead by the state of Tennessee should bring closure so she can move on with her life. But Aubrey doesn’t want to move on; she wants Josh back. It’s been five years since he disappeared, since their blissfully happy marriage—they were happy, weren’t they?—screeched to a halt and Aubrey became the prime suspect in his disappearance. Five years of emptiness, solitude, loneliness, questions. Why didn’t Josh show up at his friend’s bachelor party? Was he murdered? Did he run away? And now, all this time later, who is the mysterious yet strangely familiar figure suddenly haunting her new life?
In No One Knows, the New York Times bestselling coauthor of the Nicholas Drummond series expertly peels back the layers of a complex woman who is hiding dark secrets beneath her unassuming exterior. This masterful thriller for fans of Gillian Flynn, Liane Moriarty, and Paula Hawkins will pull readers into a you’ll-never-guess merry-go-round of danger and deception. Round and round and round it goes, where it stops…no one knows. 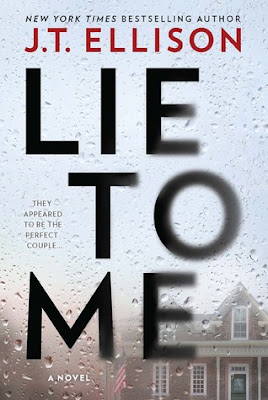 They built a life on lies
Sutton and Ethan Montclair's idyllic life is not as it appears. They seem made for each other, but the truth is ugly. Consumed by professional and personal betrayals and financial woes, the two both love and hate each other. As tensions mount, Sutton disappears, leaving behind a note saying not to look for her.
Ethan finds himself the target of vicious gossip as friends, family and the media speculate on what really happened to Sutton Montclair. As the police investigate, the lies the couple have been spinning for years quickly unravel. Is Ethan a killer? Is he being set up? Did Sutton hate him enough to kill the child she never wanted and then herself? The path to the answers is full of twists that will leave the reader breathless.

J.T. Ellison is the New York Times and USA Today bestselling author of more than 20 critically acclaimed novels, including TEAR ME APART, LIE TO ME, and ALL THE PRETTY GIRLS, and coauthored the "A Brit in the FBI" series with #1 New York Times bestselling author Catherine Coulter. J.T. is also the EMMY® Award-winning co-host of the television series A Word on Words.
With millions of books in print, Ellison’s work has been published in 27 countries and 15 languages. Her novel THE COLD ROOM won the ITW Thriller Award for Best Paperback Original. Her novels FIELD OF GRAVES and WHERE ALL THE DEAD LIE were each a RITA® nominee for Best Romantic Suspense. She is also the author of multiple short stories.
Posted by A Soccer Mom's Book Blog at 5:00 AM