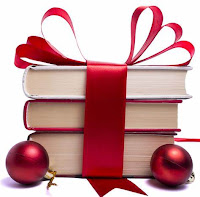 Samantha Chase is an author that I look for when I want to read a book that is steamy and sexy while keeping the characters sweet and lovable.    Many of her books are part of series and I love that I get to keep up with what the characters have been up to while meeting new characters also. 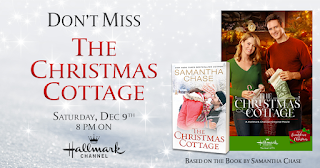 Samantha's big news is that The Christmas Cottage is a Hallmark movie that will be shown on the Hallmark Chanel on Saturday, December 9th.

If you haven't read the book you can get your copy at  Amazon, Barnes & Noble, iBooks or Booktopia.


Other books by Samantha Chase that I love are below. 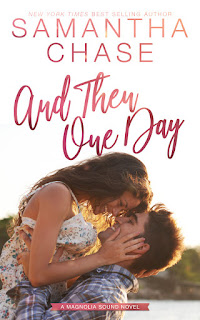 Courtney Baker is ready to put small town life—and the man she can’t have—behind her. Years of secretly crushing on her best friend’s older brother have led nowhere and she’s finally ready to move on. It would have been a great plan had she not drunkenly blurted out all her feelings and kissed him. At least she’ll be able to forget all about it when she leaves town in less than 48 hours.
It takes a lot to surprise Dean Jones, but a kiss from the girl he’s been secretly attracted to for years does just that. All it takes it one kiss for him to realize he doesn’t want to let her go. But she’s his sister’s best friend and that’s a line he knows he should never cross. Never mind that she seems determined to leave their small town—and him—behind.
When a storm and a broken car stop Courtney from leaving town, Dean sees perfect opportunity to get her out of his system. But can one night ever be enough?

Add AND THEN ONE DAY to your Goodreads TBR! 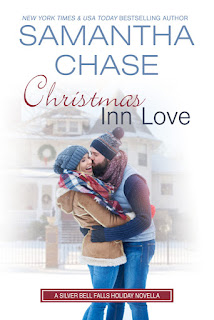 About CHRISTMAS INN LOVE
Running the family B&B has always been Cassidy Ryan's dream. But first, she has to save it from neglect.
Closing the doors to the Silver Bell Inn for the holiday seasons seems like the perfect plan to give the B&B some much needed love and care. Or at least it would be if the inn didn't need a lot more work than Cassidy can handle on her own. She needs help. But asking it is the last thing she wants to do.
Getting stuck in Silver Bell Falls was not part of Beckham Allen's plans. Neither was this cross-country road trip, for that matter. He was supposed to be focusing on himself and on healing after the loss of his father. But nothing, not even his rescue dog Mazie, seems to be able to break him out of his funk.
Or so he thought until he met the sweet innkeeper who takes him in.


After an awkward start, Cassidy and Beckham discover the perks of being snowed in together. And with Christmas drawing closer, they find they may have just been given the greatest gift of all.

Get your copy of CHRISTMAS INN LOVE today! 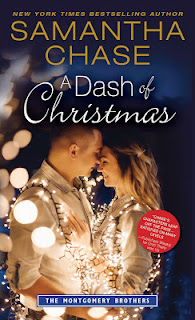