REVIEW & GIVEAWAY of A Brand New Ending by Jennifer Probst

In A Brand New Ending, Kyle Kimpton and Ophelia Bishop are only eighteen years old when they decide to run away together to pursue their dreams. Leaving the family farm behind, they escape to Hollywood to get married and chase their careers. Kyle plans on being a famous writer, and Ophelia longs to be a singer as great as Adele. Unfortunately, their paths diverge and rip apart their relationship. As Kyle thrives in Hollywood as the new hotshot screenwriter in town, Ophelia falters when she realizes in order to be famous in the music industry, she needs to change who she is. Choices are made that rip them apart, and Ophelia returns to the family farm with her heart shattered and dreams destroyed.

Kyle realizes he’s made a big mistake letting go of the only woman he’s ever loved. His memories haunt him. Here are the top five he thinks about constantly:

He remembers the first time they kissed when they were sixteen years old. Riding on horseback through the meadow, Ophelia falls off her horse, and when he frantically checks on her, they gaze into each other’s eyes and he realizes at that moment, he is in love with his best friend. They share their first kiss, and when they walk away hand in hand out of the meadow, everything has changed.

When Kyle’s abusive father blames him for his mother’s death, he runs to the only place he’s ever felt safe: the Bishop family farm. Ophelia opens the door and instantly senses his pain. She holds him tight and for the very first time, Kyle cries in her arms. When they were young, they hung out with Ophelia’s brother, Ethan, and were called the Three Musketeers. They’d run around the small town of Gardiner, raising hell, and ending up at Bea’s Diner for her famous burgers and pies, detailing the glory of their future.

Ophelia would sneak out at night to meet him at the barns. They kept their relationship secret from Ethan and Harper (Opehlia’s siblings) and spend nights lying on a blanket, under the stars, holding hands and talking about their dreams and future.

Kyle vowed to wait until they were married to claim Ophelia as his. They get married in Vegas in a tiny chapel, by Elvis, and when they return home to their tiny apartment, they make love for the very first time.

After a decade, Kyle returns to his hometown and back to Ophelia. He intends to create many new memories with the woman he loves. He dreams of running the Inn with her side by side as he writes his new books on his terms. He wants to raise a family with her in their childhood town, and be surrounded by the people and animals he’s always loved. He wants to watch her sing again, making people happy, finally owning her special gift without fear. And this is where A Brand New Ending begins...


He parked the car and cut the engine.

And too many years since he’d seen the only woman he’d ever loved.

They’d been the three musketeers—Ethan, Ophelia, and him—caught in a world of their own making. Memories assaulted him. Of running through the woods when they were young and racing horses barefoot as the green meadow flashed below. Of moonlight walks and late nights at Bea’s Diner, squeezed into the cracked red-vinyl booths as they spun dreams of the future and feasted on greasy burgers. Of his first kiss with Ophelia. The taste of innocence and passion mixed with Juicy Fruit chewing gum.

He closed his eyes, staggering under the raw emotions the images brought. Some of those dreams had come true for him, but the price had been brutal.

It was time to make things right.

It was time to reclaim what he’d lost.

Kyle glanced at the passenger seat, his fingers already reaching to stroke the leather laptop case. He’d left a fancy mansion behind, along with rooms filled with expensive trinkets meant to amuse, entertain, and distract the masses. He’d walked away from a gourmet chef, housekeeper, and personal trainer. His garage still held the laser-blue Lamborghini and the sleek black Hummer. He’d left the tuxedoes and designer clothes in his closet; the cedar wine cellar still filled with rare, expensive wine; and the four-poster mahogany bed that had seen too many lonely nights.

Now all he had to his name was one battered suitcase, his laptop, and a Ford Fusion rental car.

And for the first time in way too long, he felt the beginning of a creative spark—the sexy wink of his muse beckoning him closer to his childhood home, where he’d sworn he’d never return.

He grabbed his phone and tapped out a text to Ethan.

I’m here. How bad is she going to take it?

He waited a bit, until the familiar gray bubble with ellipsis popped up.

Don’t know—depends on how pathetic you look. Still have no clue why she’s mad at you.

Kyle winced as guilt punched through him. Falling in love with your best friend’s younger sister was a no-no. Running away with her was even worse. But eloping and not telling his friend about it?

There was no making amends for that one.

He cursed, then tapped his fingers again.

Maybe this wasn’t such a good idea.

Don’t be stupid—it’s a great idea! The inn isn’t booked up and she’s just being stubborn. Go inside, make nice, and I’ll be there in an hour.

He groaned and resisted the urge to bang his head against the steering wheel. When he’d asked about staying at the inn for three months to work on a new project, he’d worried Ophelia would refuse. When Ethan told him to book his ticket, he’d been relieved.

Until he found out on the plane ride that Ophelia had actually said no. Ethan had conveniently left that part out, citing in true guy code it would all be fine.

Her refusal to see him hurt more than he’d imagined it would, but now he had no choice. Everything was set in motion, and he wasn’t about to return to LA. Not only had he committed to writing this screenplay surrounded by his memories, he’d sworn to fight for a second chance with Ophelia. It was time they both faced the past, put some ghosts behind them, and figure things out. After all, it had been eight years.

She had no idea he was about to walk through her door with the intention of staying for the next three months—in the dead of winter.

That’d be bad enough, but when she heard his other piece of news?

Things were gonna get a hell of a lot worse.

He stayed in the car a few more minutes, trying to psych himself up. Maybe she’d surprise him and be open to talking things through. Maybe she wouldn’t be horrified when he told her about what he’d discovered a few months ago. Maybe it would all work out fine, just like Ethan said.

Grasping at all those positive possibilities, he gritted his teeth, grabbed his bag, and got out of the car. 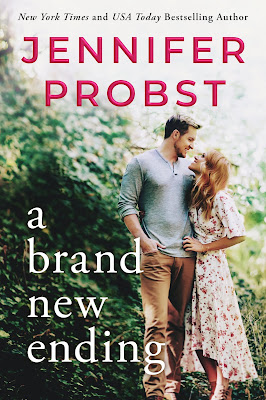 Ophelia Bishop was a lovestruck teenage girl when she and Kyle Kimpton chased their dreams to Hollywood. Kyle’s dreams came true. Ophelia’s did not. When Kyle chose his career over their relationship, Ophelia returned home to rural New York to run the family’s B & B—wiser, and more guarded against foolish fantasies. Now Kyle has come crashing back into her life, and all her defenses are down.

Kyle can’t think of a better place to write his latest screenplay than his hometown. After all, that was where he met the heart of his inspiration—his first love. He knows the damage he’s caused Ophelia, and he wants a chance to mend their relationship. If anyone can prove to Ophelia that happy ever afters aren’t only for the movies, it should be him.

As much as Ophelia’s changed, she still has feelings for Kyle. But her heart has been broken before, and she knows that Kyle could run back to Hollywood at any time. She gave up her dreams once, but maybe she can dare to change her own love story…one last time.

This is a second chance romance.  Ophelia and Kyle have a long history.     They were young and in love, running away to start a new life together and live their dreams until those dreams didn’t quite match up leaving Ophelia to come back to her family’s B&B and Kyle to continue living in Hollywood.

Kyle comes home with writers block and knows that the story he has to tell is his and the love of his life’s.     Ophelia is the love of his life.   From the minute that she opens the door of the B&B there can be no doubt that these two still belong together.    But can they move past the history that still haunts both of them, figure out how to open their hearts, and find love again?     I was so excited at the first interaction in the present time between them.   I could feel the heat, feel the excitement at seeing each other again, but I could also feel the fear they both had in opening their hearts to each other.
A Brand New Beginning is the perfect romance story.   It is sweet, it is moving, and it is beautiful.   There is two amazing people who loved/love each other as no one else can.   There is amazing friends and family that stand by the two of them pushing them to find each other while giving them the space needed to be true to themselves too.

Pick up your own copy of A Brand New Ending ASAP. 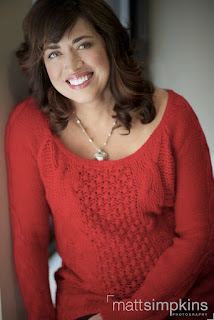 Jennifer Probst is the New York Times bestselling author of the Billionaire Builders series, the Searching For series, The Marriage series, the Steele Brothers series, and The Start of Something Good, which is the first book in the Stay series. Like some of her characters, Probst, along with her husband and two sons, calls New York’s Hudson Valley home. When she isn’t traveling to meet readers, she enjoys reading, watching “shameful reality television,” and visiting a local Hudson Valley animal shelter.