CONSPIRACY ON CLOUD NINE—GET OFF!
Ever had a nosy neighbour? The kind that keeps a constant eye on you and also has a gob that won’t quit? What happens to this lot after they snuff it? I have an idea. (Note: it may border on a conspiracy theory.)
The backbiting codger who used to live next door to us, right dick that he was, dropped dead some time ago. I won’t use his real name because this morning I was left wondering if he was now undead.
So. Let’s call him Whack Job.
It felt like Whack Job had come back to haunt me, to exact an eye for an eye seeing as the last thing I said to him was, ‘Get a life, you old bastard!’
Two weeks later, I questioned one of the burly blokes loading up their removalist van with Whack Job’s rubbish furniture.
‘Is he moving out?’ Please God.
‘Nah, love. ’E’s dead.’
I wanted to high-five the man, and felt bad about that. But it passed.
Now, post-brekky all these years on as I sat at the comp ready to roll, I decided to first indulge in a bit of online shopping.
I searched piping bag sets with nozzles, and found one on Amazon. Whack Job briefly came to mind because on the same cake-decorating page there were Despicable Me Minion silicone moulds juxtaposed with penis-shaped fondant moulds. I couldn’t resist, put one of each in the cart, checked out, then got stuck into researching espionage as a possible subtheme for my next romcom.
Ads for piping bag sets with nozzles, and Minion and penis moulds followed me from site to site. I ignored them.
An hour later, an email alert pinged on my new iPhone X. One of my favourite shops was having a 24-hour online sale. I bought a pair of jeans and followed the purchase with a coffee chaser. All women know shopping is thirsty work.
Back at the desk, feet up on it, I sipped Nespresso and played with the phone. I wanted to Americanise Siri, and masculinise her (without resorting to cross-sex hormone therapy). I had Arnold Schwarzenegger’s voice on my Waze GPS. At journey’s end, I loved hearing, ‘Hasta la vista, Baby!’ Could Arnie replace Siri’s droid-y phone voice? I googled.
Bags, nozzles, Minions, penises, and jeans popped up. On the comp—okay. But also on the phone? It felt like an incursion!
‘Seriously?’ I said to no one.
The female-ish, Aussie-accented voice with no Terminator spin on it responded: ‘I’m here. How can I help you?’
Tension. ‘Wasn’t talking to you, Siri. Piss off!’
She did, but Google Assistant from my Home Mini weighed in: ‘Okay. Playing “Piss Off” on Spotify.’
More tension. ‘Hey, Google, I wasn’t talking to you either—shut up!’
Google Mini has maxi boundary issues. Last night she started yammering sans prompting while we watched Marcella on Netflix. It was the episode where Marcella’s techie colleague was spying on her through her webcam.
Shit.
Only days earlier, I’d given a techie remote access to my computer to help resolve an issue. That faceless, voiceless techie had a foreign name. And it wasn’t Schwarzenegger.
Was it an alias for Whack Job? Had he risen from the crypt and added piping bags, nozzles, Minions, penises, and jeans to my searches? Was he stalking me? I put masking tape over the spycam.
Working from home used to be cool—leading a cloistered life devoted to writing meant the only idiots I had to contend with were in my own head. Now, the innocence and trust of childhood had gone down the crapper, and adolescent delusions of persecution were back.
‘Why meeeee!’ I wailed.
‘Sorry. I don’t know how to help with that yet.’
‘Of course not!’ I yelled at Google Assistant. ‘It’s beyond your paygrade.’
But thinking outside that boxed-in voice, seeing the lessons inherent in every situation is our responsibility. It doesn’t come from out there. And the lessons here?
1.      I’m versed in paranoia, so, stoking others’ won’t be a stretch
2.      Don’t be lulled into a false sense of security. Having your head in the Cloud(s) is akin to having your head up your arse
3.      Spend time with real people
4.      Love thy neighbour, unless he’s a mud-slinging twat (then forgive thyself for telling him so)
5.      If you want a penis fondant mould, don’t leave a digital footprint or paper trail. Buy in-store and pay cash
6.      No need to have dodgy boundaries even if virtual assistants do. If you talk to yourself, disable them. Hasta la vista, baby! 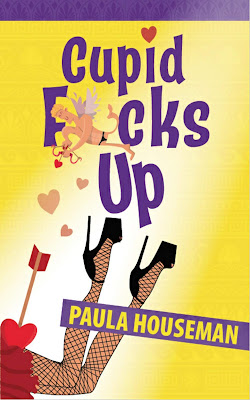 Ruth Roth is a straight shooter. Pity Cupid’s not.
Smart-mouth Ruth is an inspirational humour columnist for a popular women’s magazine. Recently divorced, she has found the love of her life. Without any help, mind you, from the little fat love god. Ruth has decided she herself is her one and only.
And she’s in a comfy place. Why wouldn’t she be? No need to yell ‘Put the bloody toilet seat down!’ No need to hoover toe-nail clippings off the carpet.
But then a silver-tongued Prince Charming fronts up in his shiny Merc and tickles her discarded, little-girl fantasies. He tells her their love is written in the stars.
It must be a misprint.
A romance with this particular PC is not so PC! Still …
Ruth’s life plays out more like ancient myth than fairytale. And what hot-blooded woman can resist forbidden fruit?
There's a problem, though. Ruth does not have a hot-blooded mum. Ruth has a pain-in-the-arse mum whose squawking disapproval cranks the taboo up a notch.
All the more reason to take up with the stud! But it means taking on the harpy.
Tensions mount, and even Ruth’s man can’t protect her from the trash-talking voices in her head. It looks like he can’t muzzle his own either. When an earth-shattering revelation causes him to give her grief, it makes her feel like she’s dating her mother.
Taking the kind of advice she doles out to her readers is not so easy, and Ruth wonders if this love can survive. More to the point, is it worth the trouble?

My T(r)oyboy is a Twat 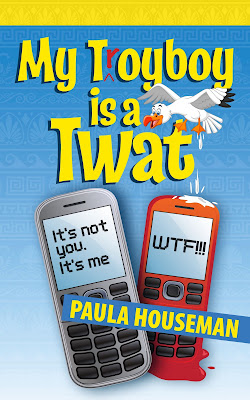 Love, romance, marriage, and a dark little secret. Shh … Small things let loose can grow out of hand.
Ruth Roth’s new husband can’t keep it in. If only he had all those years ago, things might be different now.
His big mouth sends every family member into hell. Except for Ruth’s late mother. She blows in from there. Seems the woman just won’t die. Or let up. Faaaark!
As if Mama’s earbashing isn’t enough, everyone else needs a scapegoat. Ruth is it. Somehow, this mess is her fault.

With everything falling apart, she feels overwhelmed. Until a hunky celebrity pants man—who clearly wants to get into hers—befriends her and makes her feel all warm and fuzzy. At the same time, an educated silicone seductress has designs on hubby.

Temptation abounds. But it’s overshadowed when a startling discovery throws Ruth and her man into uncharted waters, and life comes crashing down.
Ruth has survived plenty with the help of her friends. And as a writer, her wry wit, dirty muse, and a bent for ancient mythology have sustained her. This, though, might be her undoing.
Purchase Links
Amazon UK - https://www.amazon.com/gp/product/B07FKN8HF6/
Amazon US - https://www.amazon.co.uk/gp/product/B07FKN8HF6/

Author Bio – Paula Houseman was once a graphic designer. But when the temptation to 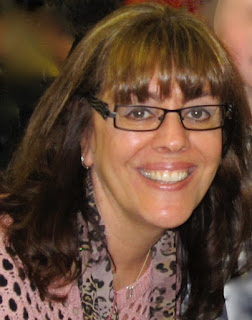 include ‘the finger’ as part of a logo for a forward-moving women’s company proved too much, she knew it was time to give away design. Instead, she took up writing.

She found she was a natural with the double entendres (God knows she’d been in enough trouble as a child for dirty wordplay).
As a published writer of earthy chick lit and romantic comedy, Paula gets to bend, twist, stretch and juice up universal experiences to shape reality the way she wants it, even if it is only in books. But at the same time, she can make it more real, so that her readers feel part of the sisterhood. Or brotherhood (realness has nothing to do with gender).
Through her books, Paula also wants to help the reader escape into life and love’s comic relief. And who doesn’t need to sometimes?
Her style is a tad Monty Pythonesque because she adores satire. It helps defuse all those gaffes and thoughts that no one is too proud of.
Paula lives in Sydney, Australia with her husband. No other creatures. The kids have flown the nest and the dogs are long gone. 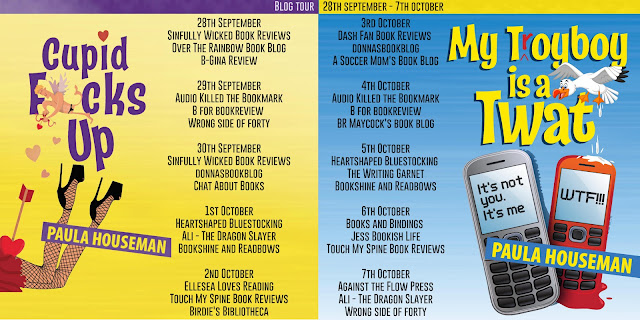