Book Review for Brandy, You're a Fine Girl by Dee DeTarsio

Brandy, You're a Fine Girl by Dee DeTarsio 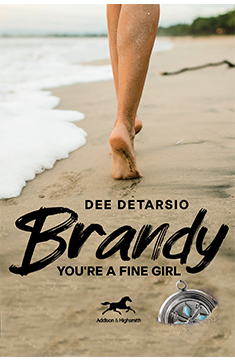 Taken from Goodreads:  If you know the song, you know Brandy’s sailor loved the sea more than her. (The bastard.) Brandy, You’re a Fine Girl is historical fan fiction, celebrating the 50th Anniversary of the 1972 hit song. Brandy’s story doesn’t end when the music stops— her destiny is filled with adventure!


Barmaid Brandy seizes on a plan to become that good wife and escape her life of drudgery. A pregnancy would be just the thing to get him to marry her. When that doesn’t work, she crosses paths with Elliot, a nobleman in need of a wife and heir by his fast-approaching 30th birthday, or else his inheritance will go to his scheming cousin Clarence.


Once married, Elliot’s problems appear solved, and Brandy has a kind husband and a warm and comfy new home, even if it is full of Elliot’s odd band of friends. Everyone tries to get along and put up with Brandy’s strange cravings and profanity-laden drama, until they discover she was never really pregnant.


She fears she’ll be kicked out, but not to worry—there’s still time for Elliot to fulfill his husbandly duty and save the day. Or is he... up to the task? When Elliot’s handsome — and virile — best friend Beau shows up, Brandy promptly falls head over heels. She becomes pregnant, but will it be too late? Swearing she can live on love, Brandy dreams of running o? with Beau, until she discovers a shocking secret about her husband and his best friend.


Will the baby arrive before Elliot’s 30th birthday? Will it even be a son and therefore true heir? And who is the mysterious one-armed carpenter from Brandy’s past? Fear not — Brandy always has a back-up plan. From the tarnished silver locket (that turned her neck green, but may hold a pirate’s map), to a secret passageway containing hidden treasure, Brandy is determined to get by on her wits and her tits.


The #1 hit song, Brandy, You’re a Fine Girl, was written and composed by Elliot Lurie and recorded by his band, Looking Glass. Dee DeTarsio is an award-winning writer living in southern California. She hopes Elliot Lurie enjoys Brandy living her best life and enjoying fine adventures

My Thoughts:  I have to start by saying that I do not know the Brandy song at all.  I did not even look it up online to see what I was missing.  I just jumped into the book and never stopped.   I spent an entire Saturday reading every word, loving every paragraph, and turning page after page.   I read Brandy, You’re a Fine Girl from cover to cover in one day.

Brandy fell into a mansion filled with misfits.  I love getting to know more about each character, they all had their own story and they were not happy, until they ended up together.   Together they found a place of acceptance, happiness, and respect.   The quirks of the characters had me cringing, laughing, and loving them.  I had hopes that Elliott would find a way to hold onto the inheritance so the characters would all be able to stay together.

Dee DeTarsio wrote a great book with descriptions that brought the story, the characters, and the setting to life. Whether you are familiar with the song or not, pick up your own copy of the book.   Enjoy the story.

Thank you to Dee DeTarsio, the author, and Histria Books for a copy of the book in exchange for my honest review.

Meet Dee DeTarsio (Taken from Goodreads):  DEE DeTARSIO is an award-winning writer living in southern California. After growing up in Ennui, Ohio, and graduating from The Ohio State University she vowed never to be cold again and ended up in Tucson, Arizona, producing the news for the CBS affiliate, oddly enough called KOLD-TV. She moved to San Diego where she worked in the SeaWorld entertainment department as a producer/writer. (Penguins are mean!) She then became a producer/writer for the NBC affiliate. 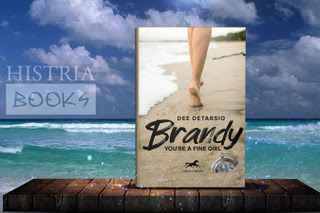