Ready for another rock star romance? Elle Greco has another LA Rock Star Romance just waiting to be binged. SONGBIRD is out now and you can start reading it for FREE with Kindle Unlimited! 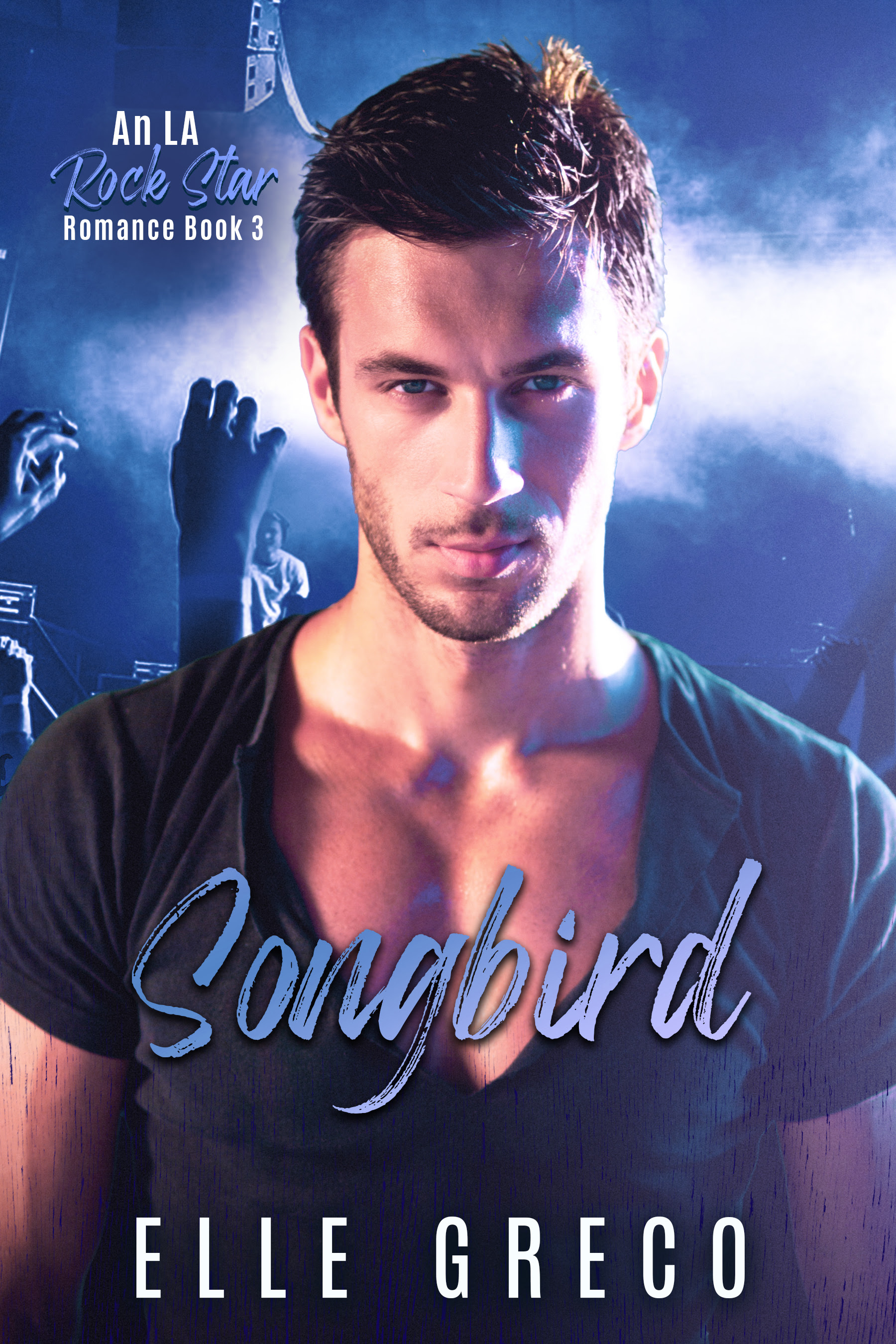 She escaped from LA. But can she outrun her heart?

Presley Benson, lead singer of Satan’s Sisters, was on the brink of pop superstardom when her life imploded. Salacious accusations, a career-ending accident, and a media frenzy turned her world into chaos.

So Presley escaped to New York to start over. Now working for a pop culture auction house, she left the music world, and Los Angeles, behind. But a lead on a lost Johnny Cash lyric notebook finds her back in LA to track it down. Presley just has to outrun the gossip machine until she can return to New York and anonymity.

But first, she needs a police escort to spirit her away from the paparazzi swarm that greeted her at LAX.

Fresh off a cross-country flight and after a half-hour hiding out in a public bathroom, with no glam squad in sight, Presley’s string of bad LA luck continues. Because her savior turns out to be Detective Nico McNally, the smoking hot cop who stood by her hospital bed to take her statement a year prior.

Presley needs to get this notebook and get the hell out of LA. But the universe has other designs when two car chases and a looming Satan’s Sister reunion show threatens to complicate matters. And, even worse? So does this hot detective.

Songbird is the third book in the LA Rock Star Romance series. Mix strong-willed, sassy women with sexy men, then add a hefty dose of rock and roll, and you’ll fall in love with an LA Rock Star.

Add SONGBIRD to your TBR!

Get your copy of SONGBIRD on Amazon! 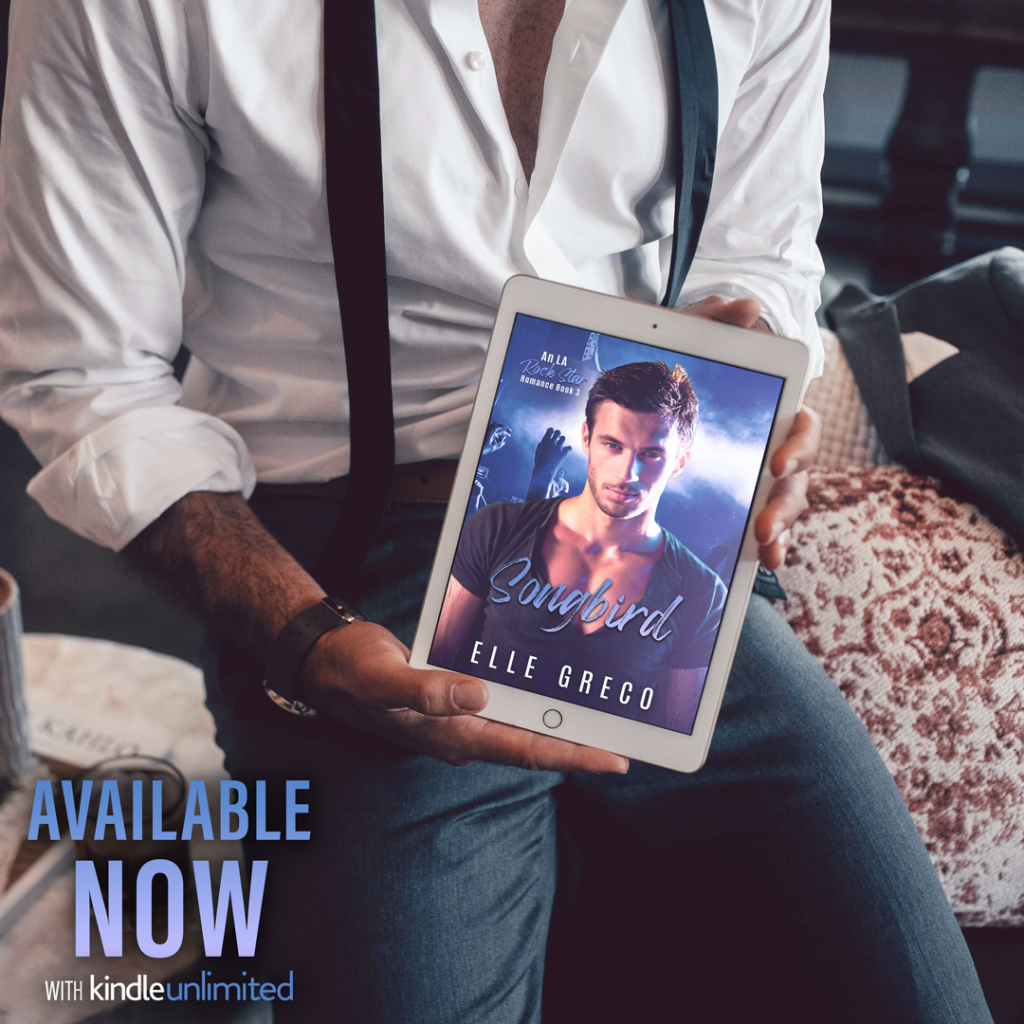 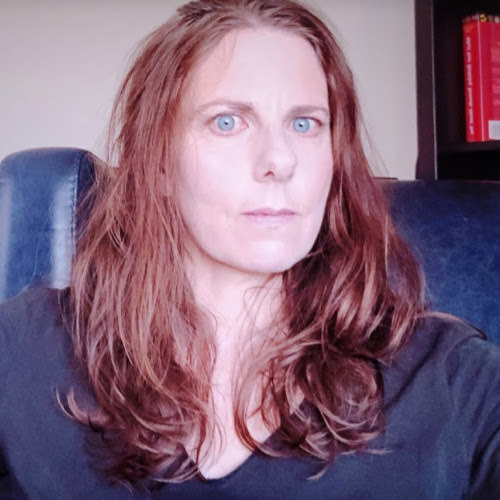 I write fiction about badass women (and the people they love). Urban Fantasy lovers will know me as Karen Greco, author of the best-selling Hell’s Belle series. My Contemporary Romance books are written under Elle Greco. While the genres are worlds apart, strong female characters are the chain that links all my worlds. These women are magical. They wield wicked weapons. They play a mean drum solo. They fall in love. They rule the boardroom and the bedroom. Whatever they do, they do it with swagger. My storytelling career began when I forced everyone play “make believe” with me when I was a kid. That eventually morphed into banging out short stories on my mom’s old manual typewriter. As I got older, I graduated to penning bad poetry, then not terrible plays as a teenager. I studied playwright in college but my career took a detour and I ended up working in journalism and then entertainment publicity, which kept me busy for 20 or so years. My “day job” has taken me from gritty rock clubs in The Bowery to glam red carpets during movie premieres and awards shows. My background working with talent (and the suits) in the industry has served me well with the LA Rock Star Romance series. A few years ago, I decided to pursue my original passion and a few full-length novels later, here we are. I love anything spooky and impossible to explain. If you love hanging out in cemeteries, the older the better, I’d totally go on a road trip with you. I have two rescue dogs, a patient husband, and an awesome kid. Website | Facebook | Instagram | Goodreads
Posted by A Soccer Mom's Book Blog at 12:00 PM