Today we have the pre-release blitz for FRAGMENTED LOYALTY by Tonya Burrows! Check it out and be sure to pre-order your copy today!

All I want is to leave my past of criminal hacking behind. Oh, and ditch the blackmailer who has been dogging my every move for the last three years. The plan: Hack my way into being part of Class Alpha, a training program for a secretive organization that rescues hostages the government can’t or won’t go after. Save the world and make enough money to pay back my blackmailer—solves all my problems, right? The complication: Sweet, nerdy, and unbearably sexy Eric “Harvard” Physick. Harvard is my ideal man, but he’s also my instructor. Seriously a no-go, except we can’t seem to keep our hands off each other. My blackmailer isn’t willing to let me off the hook, though, and a series of freak accidents—deadly accidents—sends Class Alpha into a tailspin. And the more I get to know Harvard, I start to realize his past is just as troubled as mine. Am I the cause of this chaos...or is he?

“It’s time to pay up,” the computerized voice said. Oh, shit. No, no, no. I thought about my savings account, where I’d been tucking away every extra cent I made. Although HORNET paid me better than any job I’d ever had, I didn’t have enough money to buy my way out of the favor yet. I wasn’t ready. I clutched the phone tighter to my ear and watched my friends pile into Remy’s SUV. I should’ve left the stupid phone behind for the night. I shouldn’t have answered. But I had. And now I had to say something. Unfortunately, my mind had gone blank. “I can’t,” I said faintly and released the breath I’d been holding. “Not yet.” “You took my money knowing I would call on you for a favor someday.” Goddammit. I glanced around to make sure nobody was in hearing distance. “I’ll pay you back. I have— I can give you half of it now. Just give me more time and—” “I don’t want your money. I want your skills. We had a deal.” Why now? I had to bite down on my tongue to keep from screaming it at them. Okay. They weren’t going to let me pay my way out of this. Maybe the favor wouldn’t be as bad as I imagined. I forced myself to breathe. “What do you need me to do?” “It’s simple,” they said. “Child’s play for a hacker of your skill level. Open a backdoor into HORNET’s network.” My heart thumped hard against my ribs. How did they know about HORNET? I hadn’t even uncovered anything about them before joining Class Alpha. “That will make them vulnerable.” “That’s the point. It’s why I put you there.” “What?” I asked on an exhale of disbelief. No, they were lying. I’d made it here by my own talent and skills. They hadn’t manipulated Tucker Quentin into hiring me. They couldn’t have. But the seed of doubt had been planted. Already I felt it taking root and flowering. Exactly what they’d wanted. I clutched the phone until the edges dug into my hand. “I won’t hurt HORNET.” “They’re not your friends, Fragment.” All the air left my lungs like my benefactor had punched me. I looked at Remy’s SUV. Music thumped from the speakers. Bon Jovi’s “Livin’ on a Prayer.” Remy rolled down the window and leaned out to stab a fist into the air and scream the chorus at me. They were my friends. They were. Nobody would convince me otherwise, and I refused to hurt them. “I’ll do anything else, but I won’t hurt HORNET.” I hung up before they could say anything else, then stared down at the phone. It felt heavier than usual. Like a brick. I wanted to throw it. My heart thundered like a drum line, and I couldn’t seem to catch my breath. A car horn bleated several times, making me jolt. “C’mon, Geek Girl,” Remy called from the driver’s seat. “The night’s wasting! We have beer to drink and skirts to chase.” I slid the phone into my purse and drew a breath, then released it slowly to calm my nerves. It didn’t work. I’d waited three years for this anvil to drop, and now that it finally had, I needed to think. Plan. Run? I didn’t even know.

Tonya Burrows wrote her first romance at age 13 and hasn't put down her pen since. Originally from a small town in Western New York, she suffers from a bad case of wanderlust and usually ends up moving someplace new every few years. As of now, she lives in the Pacific Northwest with The Boyfriend, a diva schnoodle, a plucky pug-mix, and #writercat. When she's not writing about hunky military heroes, Tonya can usually be found kayaking, hiking, or road tripping across the country. She also enjoys painting and B grade disaster movies. 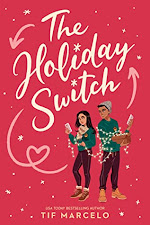