Those Children Are Ours by David Burnett & GIVEAWAY

NEWLY RELEASED...
Jennie Bateman screamed at her daughters, cursed at her husband, packed a bag, and walked away. Twelve years later, she petitions the family court for visitation with her daughters, Alexis and Christa.

Her attorney tells Jennie that, ordinarily, she could not imagine that some type of visitation would not be granted. But, she warns, the situation is hardly ordinary. True, Jennie suffered from a bipolar disorder when she began to drink heavily, abandoned her family, and moved in with another man. True, she has turned her life around: leaving her boyfriend, returning to school, entering therapy, taking medication, finding a job, and joining a church.

But she pressed no claim for her children when her husband divorced her, and she has made no attempt to contact them in any way since then. Her daughters, now sixteen and fourteen, live four hundred miles away. They have busy lives that do not include her, lives that will be totally disrupted by the visitation that she requests. Their father is engaged to be married to a woman who has taken the role of their mother for a decade. Alexis remembers nothing good about Jennie. Christa recalls nothing at all.

Conflict ensues as soon as Jennie’s petition is served: her former husband does not want to share his children with the woman who deserted him; her children have no interest in knowing the mother who abandoned them, and her father insists that she is being timid and ought to demand full custody, not simply visitation.

As court convenes, Jennie’s past is dredged up− the desertion, the men, her drinking, her mental health − and paraded before the judge. Her claim to be a different person, now, is attacked. The judge hesitates to grant Jennie’s request, but reluctantly agrees to order three trial visits.

If persuading the judge to let her see her children was difficult, convincing them to allow her to be a part of their lives seems to be almost impossible. What happens as she finally begins to connect with her daughters places them all in grave danger and threatens her life, itself.

I never saw how this book would end.   Maybe it is weird that I am starting by talking about the ending but that is the part of the book that sticks with me the most.    I was shocked, in fear, and in awe of how Jennie, Emma, and Thomas managed to work together to save their daughters.   You have to read the rest of the book to get to the end, but it is so worth it.

Jennie…  I despised her.   How could a mother leave her two young daughters and her amazing husband like that?    How could she possibly think that they should let her back into their lives?     Then I met the rest of her family.   Most of them seemed kinda normal.    Like my sister and brother, like my aunts and uncles and I thought okay, maybe she does deserve a second chance.    I am still torn, does she?   Did she do all she could?    Is twelve years too long to repair the wounds and make bonds with her children?      There are so many questions that go with reading Those Children are Ours.   David Burnett does an amazing job of not playing favorites and of telling the truth of the whole story.

This story was heart wrenching.   It should the difference a good mother can make to a child and how an amazing father can make an upside down world seem to be okay.    It also shows how it takes a community to raise children.    While these girls did not have a mother, they did have teachers, friends, and other family members to step in and shoulder the weight when it was needed.

I feel like I was focused on Jennie, the mother, more than the rest of the characters due to the fact that I am a mother myself.    I could not put Those Children are Ours down.   Every word, page, paragraph was wonderful.   This is not an easy read or subject and it was handle with the grace and care that it deserved.   I definitely recommend checking it out. 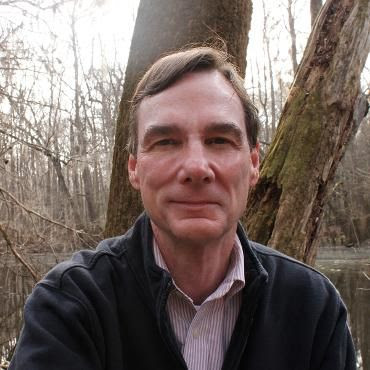 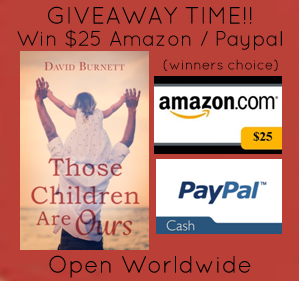 
As of December 1, 2009, According to The Federal Trade Commission (FTC),  product reviewers on blogs must disclose whether they received products for free or received payment for their review.
The books I review on this site ( A Soccer Mom's Book Blog) are sent to us by publishers, authors or downloaded from Netgalley. .This is a very common practice.  I never take payments for these reviews and all the reviews on this site are our own thoughts and feelings and are not influenced.