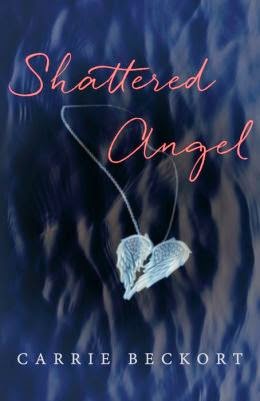 The choice between life and death should be an easy one. However, the life that I had been given—the life I’m being asked to go back to—makes death seem like a welcome reprieve.

Before I turned eight, my mother sold me. The man who bought me trained me for the life he expected me to live. For more than ten years I was held captive, beaten, tortured—shattered. There was one person who cared about me, and that gave me the strength to hold on to the small part of me that still existed. I finally escaped, only to learn that the hold of my past was stronger than the pull of my future.

Now he’s captured me again, and he’s given me a choice—life with him, or death.

Oh my gosh!  If you are looking for a book that will pull you in, tug at your heart, and leaving you spinning when it is done this is exactly the book for you.   I started this, not sure I could handle the idea of a child being sold at age eight, and was not able to put it down.  While the storyline is not an easy read, Carrie Beckort told the story in a way that showed compassion and love.

Isaac is amazing.   He stands up to his dad, the man, and falls in love with Angel.   He goes above and beyond to protect her, putting himself in danger at every turn.  He understands things that most people will never know about.  He understands why Angel does not like to be touched, why she flinches at loud noises.    I am amazed at all he goes through to keep her safe and his reaction when things do not always work the way he thought they would.

While this story line scares me, who wouldn’t be with the thought of selling children and training them to be sex slaves, I found myself unable to stop reading about the horrors Angel went through.   I also could not stop thinking about the story when I was away from the book.    I had to know if she would come out on top, ever be able to live a semi-normal life, or if she was destine to be lost in the sex slave world forever.