Published January 6, 2015 by The Story Plant 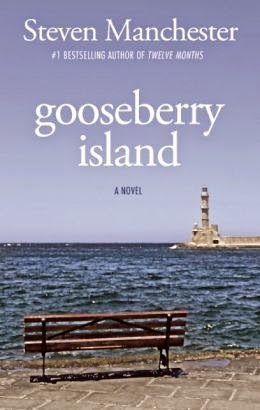 They met at the worst possible moment...or maybe it was just in time. David McClain was about to go to war and Lindsey Wood was there at his going-away party, capturing his heart when falling for a woman was the last thing on his mind. While David was serving his country, he stayed in close contact with Lindsey. But war changes a person, and when he came home very little had the same meaning that it had before – including the romance that had sustained him. Was love truly unconquerable, or would it prove to be just another battlefield casualty?

I quickly became a Steven Manchester fan after being asked to read Twelve Months and not being able to put it down.    With each book of his I get the honor to read I become a bigger and bigger fan of his.   Gooseberry Island just cemented the reason that I will always read his books.

Gooseberry Island is a story that is told from a man’s point of view, a story about leaving for war, fighting in war, and then coming home and having to handle all that was seen and done while gone to war.   There is nothing easy about these topics.   This is also a story about true love.   The way Lindsey and David meet and their instant connection and how their feelings grow even while they are on different continents shows how strong true love can be.

When David returns from war, he is not the same man as he was when he left.  He has PTSD, which Lindsey is too familiar with.   David shows his strength and determination to get back to Lindsey and show her how very important she is to him.   While the journey is not easy, Steven Manchester handles the topic with great compassion and respect.    The story of David’s recovery into civilian life was eye opening and heart tugging.  I just wanted to hug him and tell him that it would all be okay, but knew that he had to want to find his way and deal with the PTSD.   Lindsey also realized this.  She never failed to support him, but she did not enable or make excuses for his actions and behavior.    If anything she gave him more reasons to get a handle on his life.

I highly recommend this book.   It is not a soft and fuzzy story, but it is a true life love story that will open your eyes to the world of military life.