The Distance by Helen Giltrow 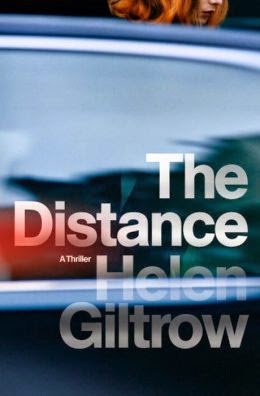 Charlotte Alton is an elegant socialite. But behind the locked doors of her sleek, high-security apartment in London's Docklands, she becomes Karla. Karla's business is information. Specifically, making it disappear. She's the unseen figure who, for a commanding price, will cover a criminal's tracks. A perfectionist, she's only made one slip in her career—several years ago she revealed her face to a man named Simon Johanssen, an ex-special forces sniper turned killer-for-hire. After a mob hit went horrifically wrong, Johanssen needed to disappear, and Karla helped him. He became a regular client, and then, one day, she stepped out of the shadows for reasons unclear to even herself. Now, after a long absence, Johanssen has resurfaced with a job, and he needs Karla's help again. The job is to take out an inmate—a woman—inside an experimental prison colony. But there's no record the target ever existed. That's not the only problem: the criminal boss from whom Johanssen has been hiding is incarcerated there. That doesn't stop him. It's Karla's job to get him out alive, and to do that she must uncover the truth. Who is this woman? Who wants her dead? Is the job a trap for Johanssen or for her? But every door she opens is a false one, and she's getting desperate to protect a man—a killer—to whom she's inexplicably drawn.

Who doesn’t love a good mystery?   Murder, suspense, mayhem, and the unknown all make The Distance a great read.   I stayed up late reading and when I wasn’t reading I was thinking about what might happen next.

I guessed, changed my guess, and then changed it again and still got it all wrong.    I love when that happens.   Figuring out an ending before I get there almost always annoys me, The Distance did not annoy me.   There is a strong woman character, Karla and Charlotte, that knows people, gets things done, and gets it done intensely.   There is a strong male character, but I wouldn’t call him an alpha male, Simon Johanssen.  He has a strong sense of right and wrong, although I believe the lines blur for him often.  And then there is a whole cast of characters that are shady and untrustworthy.   Sometimes I was confused on who was to be trusted and who was not to be trusted.

If you are looking for a book full of twists and turns that will keep you on your toes, reading at all hours, this is the book for you.