Review for The Look-Alike by Erica Spindler

The Look-Alike
by
Erica Spindler 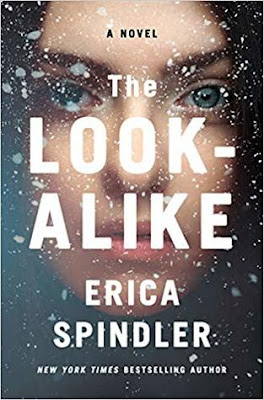 As the walls close in, the line between truth and lie, reality and delusion disintegrate. Has Sienna’s worst nightmare come true? Or will she unmask a killer and finally prove she may be her mother’s look-alike, but she’s not her clone?

What a great book.   The thrills and suspense are guaranteed to keep you reading while the twists and turns will keep you guessing at what is going to happen next.    I loved how easy it was to follow the storyline as it told the story in the present time and the story from the past.   The stories twisted together perfectly without missing a step and took the reader on one wonderful, twisted, thrilling ride.

One of my favorite things about Erica Spindler’s book is the location that sets her books.   I am from the Midwest, right near Rockford, IL, and that is an area that is mentioned in her books often.  She talks about places that are familiar to me, things that we are known for (sock monkeys), and towns that are nearby.    I love when I read a book and can see where the book is taking place.

I’d recommend picking up your own copy of The Look-Alike and enjoying the ride Erica Spindler takes you on.

Add to Goodreads
Purchase your own copy on Amazon