Paperback Release of The Winters by Lisa Gabriele 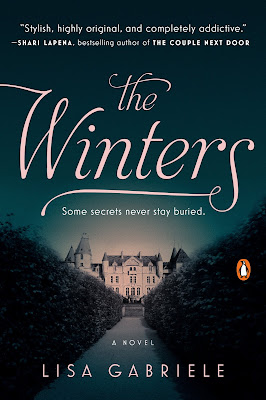 On an island in the Caribbean, an unnamed young woman lives a quiet simple life, working for a sailing company and trying to pay her debts. Her world is, in her own words, “unremarkable”—until a dashing older man, a recent widower and wealthy senator named Max Winter, arrives in town and sweeps her off her feet. After a whirlwind romance, she finds herself newly engaged and ensconced in a life of luxury she never could have imagined. But all is not as it seems at Asherley, Max’s opulent Long Island estate, and no amount of glitz and glamour can keep every secret buried, or every ghost quiet.
Inspired by Daphne du Maurier’s Rebecca, and imbued with a rich sense of suspense, Lisa Gabriele’s novel, THE WINTERS (Penguin Books, $17.00, On Sale: January 7, 2020), is now available in paperback – and is a page-turner about the seductive trappings of wealth, the dangers of infatuation, and the impossibility of escaping the past.
THE WINTERS takes its cues from both classic manor house novels and contemporary domestic thrillers, but will keep readers guessing as it builds toward an explosive and unpredictable conclusion. A decidedly modern (and unexpectedly feminist) take on a beloved genre, it is a gripping tale about money, power, and status—and the web of lies it takes to keep them.
When she first arrives at Asherley, our humble narrator—an outsider who has never known such fortune—is both impressed and bewildered by her new surroundings. But it soon becomes clear that this is no place for a fresh start, and she is right to be on edge. The house is steeped in the memory of Max’s first wife, Rebekah, whose beauty, breeding, and aura of mystery feed the young woman’s uncertainties and insecurities. Rebekah’s photos adorn the walls, the rooms smell of her favorite flowers, and worst of all, her spiteful teenage daughter Dani is intent on keeping her mother’s memory alive—and torturing her soon-to-be stepmom with it.
As Max and Dani circle each other like cats, pressing buttons and pushing boundaries, their twisted family dynamic, and the hole left by Rebekah’s death, become ever more apparent. Dani refuses to be cowed, and Max’s political ambitions will not be stopped by any woman, dead or alive. Haunted by Rebekah, tormented by Dani, and growing suspicious of her fiancé, the young woman finds herself in a strange and sinister world where she cannot fit in, and may not be able to get out.
THE WINTERS is a sharp and suspenseful read that belongs on every thriller-lover’s bookshelf. Gabriele’s vivid prose brings the affluent Hamptons alive, and skillfully reveals the darkness lurking just beneath the surface and the skeletons in every walk-in closet.

I have no clue what Rebecca by Daphne de Maurier is, other than it’s a book that Lisa Gabriele based The Winters on.     That means I came into this story without knowing what the story would entail, where the story would go, and what I was reading.   For me, this was a great thing.   I started the book with an open mind, an excitement for what I was about to read, and an interest in learning whatever I can about the characters.    Lisa Gabriele wrote a story that kept me reading, guessing, and wondering what was going to happen with Max Winters, his fiancé, and his daughter.

The love story of Max and his fiancé was intriguing.   Instantly I felt there was more to come for them, while I hoped for happiness I knew that it couldn’t be that easy.   There were so many unknowns, so many twists, turns, ups and downs that I was kept on my toes.    I loved that I was kept guessing and that I truly didn’t know what was going to happen until it actually happens.   When Max returned home to the estate that he lived in with his dead wife and his teenage daughter I knew that there had to be more to come.   Dani was a typical teenager as far as not being happy that her father met someone new and did the teenage things to make her not welcome in their lives.

There was so much anticipation, the story was told little by little, with each dialogue I had to guess what wasn’t being told and what the truth was.    The Winters is a psychological thriller that kept me turning page after page excited to see where this story would go next. 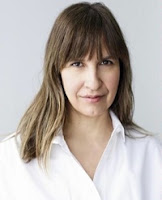 ABOUT THE AUTHOR
Lisa Gabriele is the author of two literary novels. Her writing has appeared in Glamour, Vice, and Salon as well as various anthologies, including The Best American Nonrequired Reading. She lives in Toronto, where she is an award-winning television producer.

Praise for THE WINTERS
“A stylish, highly original and completely addictive take on du Maurier's Rebecca. Read it!”


—Shari Lapena, author of The Couple Next Door

“Dark and richly atmospheric. . . A bewitching novel about love, lies, and the ghosts that never quite leave us alone.”
—Bustle

“Gabriele’s chutzpah in reinventing a much-loved novel brings considerable risk, but the results are satisfying, both as metafiction and as a sharp exercise in psychological suspense.”
—The Guardian

“One of the most famous gothic thrillers has been recast for a new generation.”


“[A] suspenseful, dark tale of love, deception, and grief . . .  from the minute you crack open The Winters until you reach its riveting conclusion, you'll be spellbound.”
—PopSugar

“[A] haunting reimagining of Daphne Du Maurier’s original thriller, Rebecca . . . Retains the allure and gothic tone of the original, while remaining a page-turner for newcomers to the story.”

“[A] creepy, atmospheric homage to Daphne du Maurier’s Rebecca . . . Gabriele keeps the tension high up to the surprising and satisfying final twist. Du Maurier fans will be pleased.”
—Publishers Weekly


“Gabriele torques and knots Daphne du Maurier’s gothic tale Rebecca into modern, compelling, readable domestic suspense. . . Fans of du Maurier’s book or the 1940 Hitchcock film will admire how Gabriele plays with the elements, but anyone who appreciates solid, twisty, 'whom can I trust' narratives and female empowerment stories can enjoy.”
—Library Journal


“It’s as beautifully written as it is (re)plotted and the updating of the characters is superb. Fabulous—and not just for Rebecca fans.”
—Daily Mail


“From the brilliant first line to the shattering conclusion, The Winters will draw you in and leave you breathless. Gorgeous prose, well-drawn characters, and a spellbinding story make this a must read.”
—Liv Constantine, author of The Last Mrs. Parrish


“The Winters echoes the classic Rebecca but is a beautifully crafted, haunting thriller of its own that defies expectations at every turn. I read straight through, breathless to the killer final pages. A brilliant achievement.”
—Sarah Pinborough, New York Times bestselling author of Cross Her Heart and Behind Her Eyes


“A slow tease that builds to a surprising and satisfying climax.”
—Joy Fielding, bestselling author of The Bad Daughter

“A sharp and wickedly vivid novel—Lisa Gabriele spins a tight, gasping mystery from the confines of a picturesque home. As a result, The Winters is both a gripping thriller and an acute story of female resilience.”
—Danya Kukafka, bestselling author of Girl in Snow


“The Winters is a clever, tense, atmospheric story that kept me gripped throughout. I couldn’t put it down!”
—Jo Jakeman, author of Sticks and Stones


“Jaw-dropping page turner and artful homage, The Winters is the rare thriller that’s as smart as it is sexy—Lisa Gabriele’s forte. The unnamed main character will break your heart and send your spirit soaring. I loved this book.”
—Katrina Onstad, author of Everybody Has Everything


“The Winters is the most spellbinding book I’ve read this year! And certainly the most elegantly written. I loved it. What an exceptional, feminist piece of work.”
—Ingrid Alexander, author of The New Girl