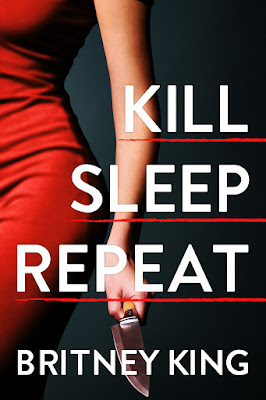 
Several times a week, Charlotte Jones leaves suburbia behind and boards a chartered flight to parts unknown, where she wraps her hands around the necks of marks for just as long as she has to.
Then she goes back to domestic life with a paycheck, defense wounds, and the sense that she can handle anything.
Which is good, because being a wife, mother, and sociopath, with an insatiable taste for murder, gives the term work-life balance new meaning. When one life unexpectedly bleeds into the other, leading to a secret admirer and borderline insta-fame, Charlotte is forced to ask herself if she really can have it all.
Slick and unnerving, Kill, Sleep, Repeat is a cunning tale of deception and desire that begs the question: Do we ever really know people the way we think we do? 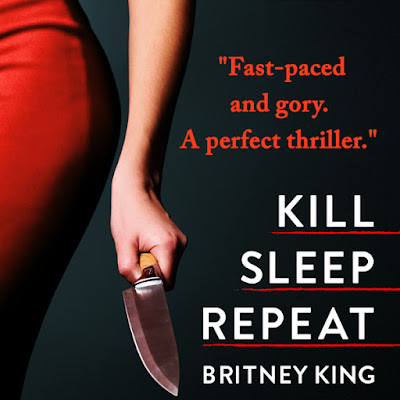 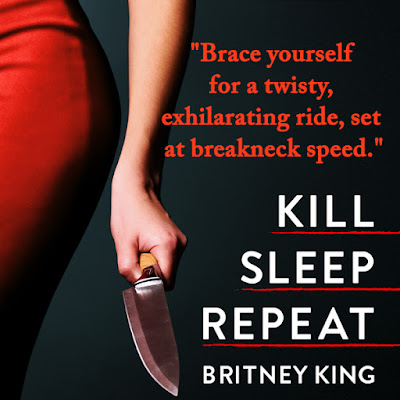 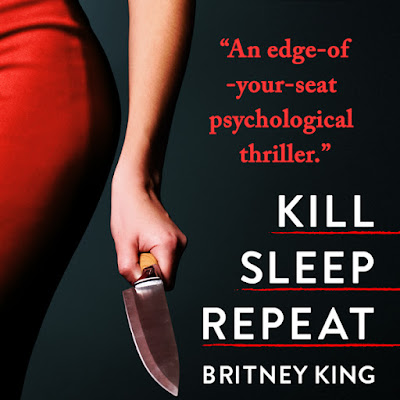 Britney King lives in Austin, Texas with her husband, children, two dogs, one ridiculous cat, and a partridge in a pear tree.
When she's not wrangling the things mentioned above, she writes psychological, domestic and romantic thrillers set in suburbia.
Currently, she's writing three series and several standalone novels.
The Bedrock Series features an unlikely heroine who should have known better. Turns out, she didn’t. Thus she finds herself tangled in a messy, dangerous, forbidden love story and face-to-face with a madman hell-bent on revenge. The series has been compared to Fatal Attraction, Single White Female, and Basic Instinct.
The Water Series follows the shady love story of an unconventional married couple—he’s an assassin—she kills for fun. It has been compared to a crazier book version of Mr. and Mrs. Smith. Also, Dexter.
Around The Bend is a heart-pounding standalone, which traces the journey of a well-to-do suburban housewife, and her life as it unravels, thanks to the secrets she keeps. If she were the only one with things she wanted to keep hidden, then maybe it wouldn’t have turned out so bad. But she wasn’t.
The With You Series at its core is a deep love story about unlikely friends who travel the world; trying to find themselves, together and apart. Packed with drama and adventure along with a heavy dose of suspense, it has been compared to The Secret Life of Walter Mitty and Love, Rosie.
The Social Affair is an intense standalone about a timeless couple who find themselves with a secret admirer they hadn’t bargained for. For fans of the anti-heroine and stories told in unorthodox ways, the novel explores what can happen when privacy is traded for convenience. It is reminiscent of films such as One Hour Photo and Play Misty For Me.
Without a doubt, connecting with readers is the best part of this gig. You can find Britney online here:
Web• http://BritneyKing.com
Instagram • https://instagram.com/britneyking_
Facebook • https://www.facebook.com/BritneyKingAuthor
Twitter• http://twitter.com/BritneyKing_
Goodreads • http://bit.ly/BritneyKingGoodreads
To get more-- grab two books for free, by subscribing to her mailing list at britneyking.com or just copy and paste bit.ly/britneykingweb into your browser.
Happy reading. 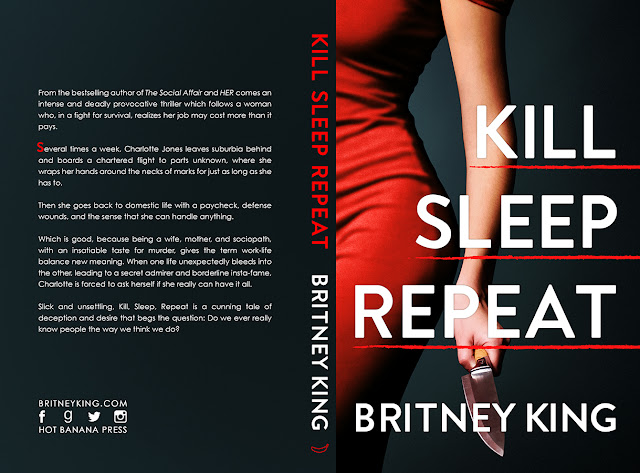