REVIEW of The Secret Life of Mrs. London by Rebecca Rosenberg

Houdini “stirred me to the deep” – Charmian London’s diary 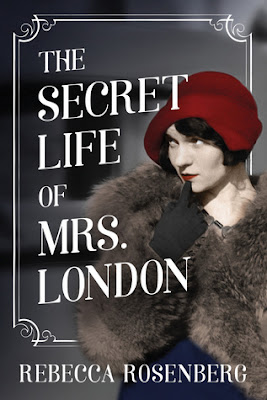 2018 kicks off with a provocative novel, THE SECRET LIFE OF MRS. LONDON, by Rebecca Rosenberg, about Jack and Charmian London’s fateful meeting with Harry and Bess Houdini.

“One of Houdini’s best kept secrets was his affair with Charmian London in 1918. Now Rebecca Rosenberg tells the story using an elegant blend of fact and fiction, creating a Houdini book like no other. THE SECRET LIFE OF MRS. LONDON is a true peek behind the curtain and a page-turner.” –John Cox, wildabouthoudini.com

November, 1915. The Londons attended the Great Houdini Magic Show at the Orpheum Theatre in Oakland, California, where Houdini performed his Chinese Water Torture Chamber Act. The couples dined afterwards and became fast friends, spending Thanksgiving together, and keeping up a lively friendship which lasted until Houdini’s death.

January, 1918. Charmian London traveled to New York to see Houdini in the patriotic World War I extravaganza, "Cheer Up" at the Hippodrome Theater, where he famously made a five-ton elephant disappear on stage. Most of the evidence of their affair comes from Charmian London's diaries at the Huntington Library in Pasadena, California. Charmian wrote that after they saw each other a few times, Houdini made a "declaration" that "rather shakes me up." They became intimate a short time later. She wrote that Houdini’s visits "stirred me to the deep," and that he felt the same, declaring, "I'm mad about you," and "I give all of myself to you." Throughout, she refers to him alternately as "Magic," her "Magic Man," or "Magic Lover."

I have been a historical fiction fan forever and was intrigued by The Secret Life of Mrs. London.      Jack London was an unknown to me.   I am not familiar with his writing, his life, or anything else about him.      It was interesting to learn about him in a fiction book, but still walk away with facts about his life.    He was not overly likable, the way he treated those close to him was not something that I could understand.   He was entirely into himself, his needs, and the way he wanted those in the public to perceive him.    I struggled with his decisions and his actions but they played a huge part of the story of Houdini and Charmian (Mrs. London).

Houdini is someone I am familiar with.   He has always intrigued me.  I love magic and risks he took while entertaining crowds has always interested me.    The author, Rebecca Rosenberg, did an amazing job of describing his shows, from the things he wore to the tricks her did I could picture them as I was reading.     The relationship with his wife, Bessie, was sweet.   There is no doubt he loved her but there was more to their relationship.

Charmian is not your typical wife.   She is wife to an eccentric writer who is very demanding of her while not always giving her what she needs.  Her devotion to Jack London was unrequited.   I wanted her to be stronger, stand up to him, demand he give her the attention she needed.

The Secret Life of Mrs. London is an amazing historical fiction story that I would recommend picking up.

Add to your MUST-READ list on Goodreads
Purchase your copy on Amazon, Barnes and Noble, or BookBub

“The Secret Life of Mrs. London is a heart-wrenching portrait of a marriage between two people who utterly depend on one another, but ultimately aren't enough for each other. With skillful precision of language, Rosenberg weaves a narrative that defines the complexities of love, passion and art. This is a perceptive, deeply moving novel by a great new talent about a couple who has gone unnoticed in historical fiction until now. Anyone who has ever loved another person will want to read this book.”
–----Victoria Kelly, author of Mrs. Houdini, a novel

THE SECRET LIFE OF MRS. LONDON, by Rebecca Rosenberg

San Francisco, 1915. As America teeters on the brink of world war, Charmian and her husband, famed novelist Jack London, wrestle with genius and desire, politics and marital competitiveness. Charmian longs to be viewed as an equal partner who put her own career on hold to support her husband, but Jack doesn’t see it that way…until Charmian is pulled from the audience during a magic show by escape artist Harry Houdini, a man enmeshed in his own complicated marriage. Suddenly, charmed by the attention Houdini pays her and entranced by his sexual magnetism, Charmian’s eyes open to a world of possibilities that could be her escape.
As Charmian grapples with her urge to explore the forbidden, Jack’s increasingly reckless behavior threatens her dedication. Now torn between two of history’s most mysterious and charismatic figures, she must find the courage to forge her own path, even as she fears the loss of everything she holds dear. 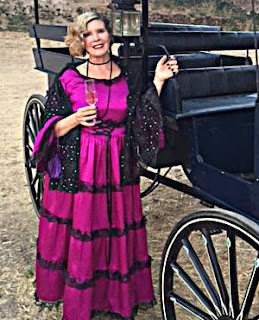 A California native, Rebecca Rosenberg lives on a lavender farm with her family in Sonoma, the Valley of the Moon, where Jack London wrote from his Beauty Ranch. Rebecca is a long-time student of Jack London’s works and an avid fan of his daring wife, Charmian London. THE SECRET LIFE OF MRS. LONDON is her debut novel, following her non-fiction, LAVENDER FIELDS OF AMERICA.

Rebecca and her husband, Gary, founded the largest lavender product company in America, selling to 4000 resorts, spas and gift stores. The Rosenbergs believe in giving back to the Sonoma Community, supporting many causes through financial donations and board positions, including Jack London Park, Worth Our Weight, an educational culinary program for at-risk children, YWCA shelter for abused women, Luther Burbank Performing Arts Center to provide performances for children, Sonoma Food Bank, Sonoma Boys and Girls Club, and the Valley of the Moon Children's Home.