Book Review for The Ways We Hide by Kristina McMorris

The Ways We Hide by Kristina McMorris 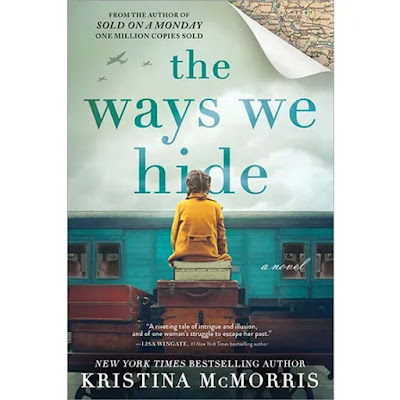 Taken from Goodreads:  From the New York Times bestselling author of Sold on a Monday comes a sweeping World War II tale of an illusionist whose recruitment by British Intelligence sets her on a perilous, heartrending path

Raised amid the hardships of Michigan's Copper Country, Fenna Vos has learned to focus on her own survival-even now, with the Second World War raging in faraway countries. Though she performs onstage as the assistant to an unruly escape artist, behind the curtain she's the mastermind of their act. After all, her honed ability to control her surroundings and elude entrapments, physical or otherwise, reliably suppresses the traumas of her youth.

For all her planning, however, Fenna fails to predict being called upon by British Intelligence. Tasked with creating escape tools to thwart the Germans, MI9 seeks those with specialized skills for a war nearing its breaking point. Fenna reluctantly joins the unconventional team as an inventor. But when a test of her loyalty draws her deep into the fray, she discovers no mission is more treacherous than escaping one's past.

Inspired by stunning true accounts, The Ways We Hide is a riveting story of love and loss, the wars we fight-on the battlefields and within ourselves-and the courage found in unexpected places.

My Thoughts:  I could not pass up this book.   Kristina McMorris wrote Sold on a Monday, a book that I still talk about and recommend, and I knew that I had to read more of her books.   I am thrilled to say that she did not disappoint.   The Ways We Hide is a phenomenal World War II book with a unique look at life during that time.  Fenna has a unique talent as an escape artist and she uses that talent to help the war efforts.

The Ways We Hide is a story of love and loss, but it is even more the story of survival. The story of doing what she must just to stay alive.  The story of working to thwart the efforts of the Germans but using escape tricks.   The story is familiar if you are a WWII reader, like I am, but it is so unique in the details of working with British Intelligence. 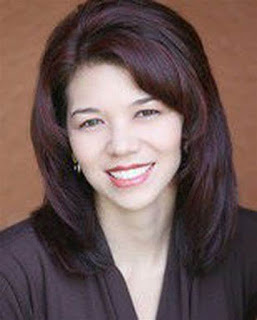 At age nine, she began creatively expressing herself when she embarked on a five-year stint as the host of an Emmy® and Ollie award-winning kids' television program. Being half Japanese, Kristina jokes that she discovered a genetic kinship with the camera early in life and continued to nurture that relationship by acting in many independent and major films while living in Los Angeles. Later, as the owner of a wedding/event planning company, she served as the six-year host of the WB's weekly program Weddings Portland Style.

In 2001, deciding sleep was highly overrated, she compiled hundreds of her grandmother's favorite recipes for a holiday gift that quickly evolved into a self-published cookbook. With proceeds benefiting the Food Bank, Grandma Jean's Rainy Day Recipes sold at such stores as Borders and was heavily featured in regional media. It was while gathering information for the book's biographical section when Kristina happened across the letters her grandfather mailed to his "sweetheart" during his wartime naval service—a collection that years later inspired McMorris to pen her first novel, a WWII love story titled Letters from Home.

Since her debut released in 2011, in addition to her novellas in the anthologies A Winter Wonderland and Grand Central, Kristina's published works have expanded to include the novels Bridge of Scarlet Leaves, The Pieces We Keep, The Edge of Lost, and Sold on a Monday, a runaway bestseller with almost a million copies sold. Her books have been translated into multiple languages and appeared in compilations by Readers Digest, Doubleday, the Literary Guild, and more.

A frequent guest speaker and workshop presenter, McMorris holds a B.S. in International Marketing from Pepperdine University. She lives in her home state of Oregon, where (if her agent asks) she is working tirelessly on her next novel.