Audiobook Review for The Guilt Trip by Sandie Jones 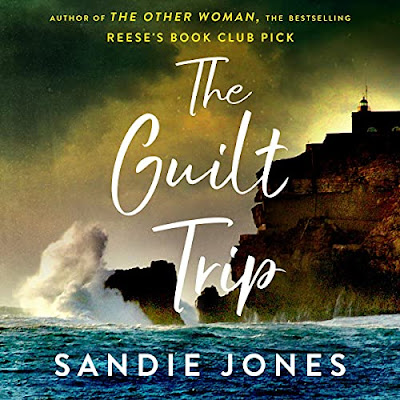 Audiobook Review:  When I started listening to this book I had already read the eBook version so I thought I knew what was going to happen.   What I realized that by just reading and not actually hearing the words I missed some emotions and reactions of the characters.  Clare Corbett, the narrator, did an amazing job of taking the thriller of a story and bringing it to life with her tone and cadence.   My attention was easy to keep and I found myself looking for times to listen to more.

eBook Review:  I love a good thriller.   Sandie Jones wrote a book that pulled me in from the beginning, kept me turning pages, and loving every word she wrote.   I loved the twists, the turns, the ups, and the downs.  I followed the characters exactly where they wanted me to go, I may have missed some clues, but I still had many guesses as to what was going to happen next.

Purchase to listen from Audible