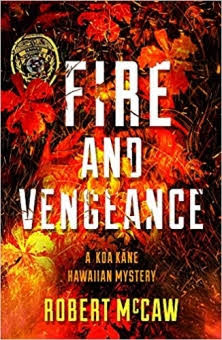 Having killed his father’s nemesis and gotten away with it, Hilo, Hawaiʻi Chief Detective Koa Kāne, is not your ordinary cop. Estranged from his younger brother, who has been convicted of multiple crimes, he is not from a typical law enforcement family. Yet, Koa’s secret demons fuel his unwavering drive to pursue justice.

Never has Koa’s motivation been greater than when he learns that an elementary school was placed atop a volcanic vent, which has now exploded. The subsequent murders of the school’s contractor and architect only add urgency to his search for the truth. 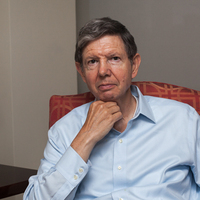 Robert McCaw is the author of Fire and Vengeance, Off the Grid, and Death of a Messenger. McCaw grew up in a military family, traveling the world. He is a graduate of Georgetown University, served as a U.S. Army lieutenant, and earned a law degree from the University of Virginia. He was a partner in a major international law firm in Washington, D.C. and New York City, representing major Wall Street clients in complex civil and criminal cases. Having lived on the Big Island of Hawaii, McCaw imbues his writing of the Islands with his more than 2-year love affair with this Pacific paradise. He now lives in New York City with his wife, Calli.
PRAISE FOR FIRE AND VENGEANCE:
“Moves with volcanic force to a heartfelt, gripping conclusion.”
—Rick Mofina, USA Today bestselling author of Their Last Secret
"McCaw has again cooked up a tasty stew with ingredients from a mix of staples from the crimefiction pantry…makes for fine reading.”
—Booklist
“Interesting local details and a crackling pace.”
—Kirkus Reviews
"Fire and Vengeance is a meticulous mystery in which murders serve as messages to the elite members of society.”
—Foreword Reviews
Posted by A Soccer Mom's Book Blog at 6:00 PM