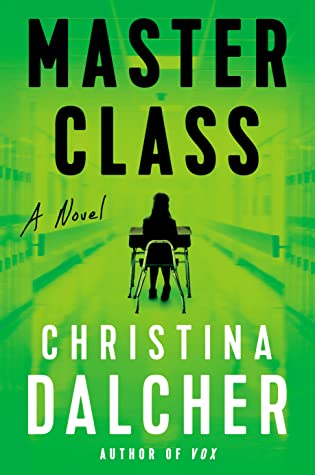 The future of every child is determined by one standardized measurement: their quotient (Q). Score high enough, and they attend a top tier school with a golden future ahead of them. Score low, and they are sent to a federally run boarding school with limited prospects for future employment. The purpose? Education costs are cut, teachers focus on the best students, and parents are happy.

Elena Fairchild is a teacher at one of the state's elite schools. When her nine-year old daughter fails her next monthly test, her Q score drops to a disastrously low level and she is immediately forced to leave her top school for a federal school hundreds of miles away. As a teacher, Elena knows intimately the dangers of failure in their tiered educational system, but as a mother who just lost her child, all Elena wants is to be near her daughter again. And she will do the unthinkable to make it happen.

Add to your MUST-READ list on Goodreads
Purchase on Amazon 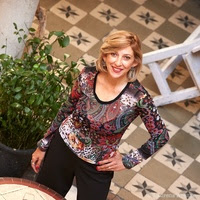 Christina Dalcher earned her doctorate in theoretical linguistics from Georgetown University. She specialized in the phonetics of sound change in Italian and British dialects and taught at universities in the United States, England, and the United Arab Emirates.
Her short stories and flash fiction appear in over one hundred journals worldwide. Recognitions include first prize in the Bath Flash Fiction Award as well as nominations for The Pushcart Prize, Best of the Net, and Best Small Fictions.  Laura Bradford of Bradford Literary Agency represents Dalcher’s novels.
After spending several years abroad, most recently in Sri Lanka, Dalcher and her husband now split their time between the American South and Andalucia, Spain.
Her debut novel, VOX, was published in August 2018 by Berkley (an imprint of Penguin Random House) and has been translated into twenty languages.
Dalcher’s second novel, MASTER CLASS, will be out in the spring of 2020.