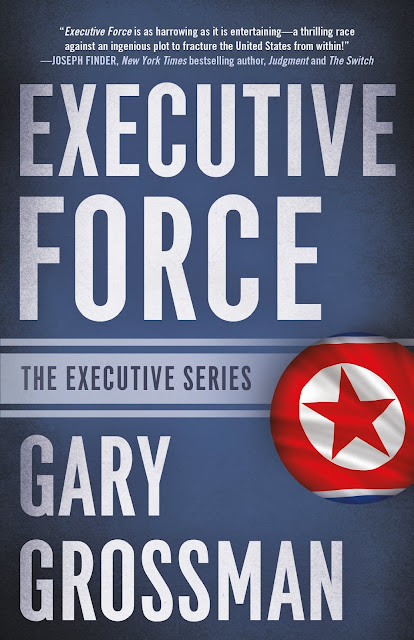 I write political thrillers.  I call them “political reality thrillers” because I when start thinking the unthinkable, I connect with the unknowable, the often unfathomable, and yet what’s likely just on the edge of tomorrow.

“EXECUTIVE FORCE” is my fourth thriller in the series which began with “Executive Actions” and continued though “Executive Treason” and “EXECUTIVE COMMAND.” The novels jump out of the headlines and also draw heavily on lessons from history we have yet to fully learn.  They raise questions and pose answers.  They’re menacing and eye-opening – from Russian sleeper cell spies still operating in the U.S., to the power of hate radio as a weapon of mass deception, to terrorists targeting our most valuable and vulnerable natural resource – water, to the flaws and fragility of our presidential succession process.

And now in “EXECUTIVE FORCE,” American separatist groups are unwittingly manipulated by a foreign power to create instability throughout the electorate.  If we think it can’t happen here, start thinking the unthinkable with me.

My writing deals with critical realities, filled with nail-biting tension, occurring at breakneck speed.  That’s the pace of global change today which unfolds daily on the global political landscape and leads every hour of the 24/7 news cycle.   Fast and furious.  Mind numbing.   Impossible to ignore.  Impossible to completely comprehend.

Writing about dangers facing our already polarized political system can potentially provide a blueprint for rogue nations and bad actors around the world; deadly imitators with true terror in their minds.    So I have consider how deep to go with my research.  How far is too far?  How much detail is too much?

Conversely, thinking the unthinkable helps the good guys, too.  Novelists and screenwriters’ imaginative plots have opened the eyes of political and military leaders, defense contractors, and even the intelligence community.  Why?  How?  Because as we research and write we hit upon scenarios so fearful that they must be considered.  It’s happening more than ever since 9/11.  Genre novelists and screenwriters have been invited to Washington to expand government thinking on threats, participate in Red Team units to test America’s vulnerabilities at shopping centers, airports, and other public spaces, and even get put thought leaders into the mindset of our enemies.  All to think the unthinkable.

But do they get it?

I have a writer friend who breaks down the question this way.   “Some people get The New York Times, but don’t read it.  Others read the New York Times, but they don’t get it.”  Just because Washington reads or hears the threats that are only a moment in time away from possibly occurring, we have to hope they get it.

I work with advisors and experts on Capitol Hill, the military, the intelligence community, law and law enforcement.  I listen to them, then write.  The U.S. Navy’s help in the climactic scenes of “EXECUTIVE FORCE” gave me a foundation of what lies ahead.  But my contacts could only go so far.  I had tripped over elements that were “sensitive,” technology that couldn’t be fully confirmed.  Once again, thinking the unthinkable was leading me to the so far unknowable, and quite conceivably a dangerous act of war.

What thriller writers research and imagine can come true.  But writing a terrorist playbook is not our job and we have to be careful not to create “how-to handbooks.”   However, as a novelist, observer, journalist and TV documentarian, I want to raise awareness to what, as Tom Clancy noted, are Clear and Present Dangers – actual threats we face.

Writing political reality thrillers keeps me informed, aware, and worried.  I hope “EXECUTIVE FORCE” delivers on all cylinders and sweeps readers along.  But within the fictionalized plot are warnings that are worth heeding.

How does an international political thriller open? With a sniper putting a bolt-action rifle on a politician’s forehead in a sleepy New England town and squeezing the trigger? With an operative breaking into LAX, making his way across the runway, posing as a TSA officer, getting into a plane and successfully putting a bag in the overhead compartment? With an autopsy on a U.S. Senator revealing ricin poisoning? Or maybe a spy inserting a malware-laden thumb drive into the computer of a ballistic missile submarine? Check off all those boxes for the ingeniously plotted and chillingly mesmerizing thriller EXECUTIVE FORCE (Diversion Books), the fourth stand-alone volume in The Executive Series by Gary Grossman. Instability and fear seize the nation. Local and national political figures are systematically assassinated. A growing secessionist movement stirs up anti-government fervor. The combination creates nationwide unrest and lack of confidence in leadership.

With the clock ticking toward a monumental constitutional crisis, President Morgan Taylor assigns Secret Service Agent Scott Roarke to investigate the assassins. Meanwhile, Roarke’s fiancée, an assistant to the U.S. Supreme Court Chief Justice, is tasked with researching the separatists. Attorney Katie Kessler goes rogue to gather evidence for the court. Roarke hunts a lone assassin across two continents. Their paths lead them both to a decades-old plot hatched at a private school in Switzerland, now leading to North Korea.

With the assassin ready to make his greatest kill and critical destabilizing votes occurring state by state, the president must decide whether to activate America’s own secretive, long-incubating active measures against an enemy that can’t be exposed, but must be stopped.

Timely and revealing, with an inside-out view of real and present dangers, EXECUTIVE FORCE brings a political reality to the page that feels like breaking news. 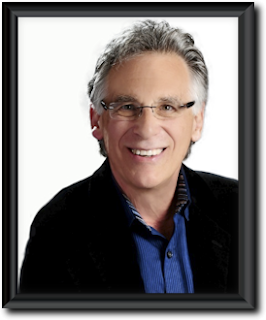 GARY GROSSMAN is a multiple Emmy Award-winning television producer and author of the bestselling international political thrillers Executive Actions, Executive Treason, Executive Command, Executive Force, and Old Earth. He has also written two highly regarded non-fiction books on TV history. Grossman has been published by Dell/Delacorte, Byron Preiss Publishing, Diversion Books, Harlequin, Arlington House, and CBS/Popular Library. He has produced for NBC News, served as a columnist for the Boston Herald American, written for the Boston Globe and the New York Times. Grossman is Contributing Editor to Media Ethics Magazine and has produced more than 10,000 television programs for 40 networks. He’s a member of ITW, the International Thriller Writers Association and the Military Writers Society of America.