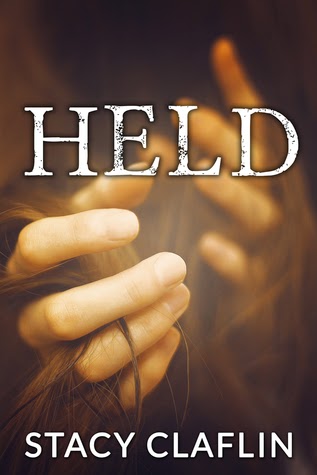 This follows Gone, the first book in the trilogy.

Held follows Macy Mercer after being abducted by Chester Woodran. Macy finds herself farther from her family in a situation so strange she wouldn't believe it, except that it's her new reality.

Meanwhile, back home her family and friends are dealing with her disappearance. New clues come in, furthering their confusion and distress.

Again, I started this series with fear.   A story about a young girl getting kidnapped is not my usual read.   I have two daughters and stories like this give me nightmares.   Stacy Claflin has written a tough story, but it is handled as gracefully as possible and without so much horror.     Having your child kidnapped is every family’s night mare, but yet this story is written with hope and love.

I loved that in Held you were given more family background.  I felt like I got to know both Macy’s and Zoey’s family and their dynamics.   I enjoyed watching how the families were coping with Macy being gone still and how Alex and Zoey’s relationship has blossomed.

I am still cheering for Macy’s safe return and for their family to be reunited.   I highly recommend this entire series and cannot wait for the last book of this trilogy.

Book 1 in the Gone Series 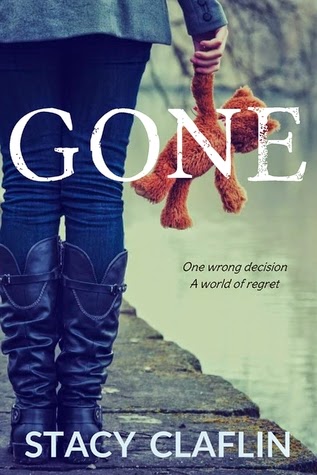 Macy Mercer only wants a little independence. Eager to prove herself grown up, she goes to a dark, secluded park. She’s supposed to meet the boy of her dreams who she met online. But the cute fifteen year old was a fantasy, his pictures fake. She finds herself face to face with Chester Woodran, a man capable of murder.

Distraught over his own missing daughter, Chester insists that Macy replace his lost girl. He withholds food, locks Macy up, and roughs her up, demanding that she call him dad. Under duress from his constant threats and mind games, her hold on reality starts to slip. Clinging to her memories is the only way of holding onto her true identity, not believing that she is Chester’s daughter. Otherwise she may never see her family again.