Things We Do in the Dark by Jennifer Hillier

Taken from Goodreads:  When Paris Peralta is arrested in her own bathroom—covered in blood, holding a straight razor, her celebrity husband dead in the bathtub behind her—she knows she'll be charged with murder. But as bad as this looks, it's not what worries her the most. With the unwanted media attention now surrounding her, it's only a matter of time before someone from her long hidden past recognizes her and destroys the new life she's worked so hard to build, along with any chance of a future.

Twenty-five years earlier, Ruby Reyes, known as the Ice Queen, was convicted of a similar murder in a trial that riveted Canada in the early nineties. Reyes knows who Paris really is, and when she's unexpectedly released from prison, she threatens to expose all of Paris's secrets. Left with no other choice, Paris must finally confront the dark past she escaped, once and for all.

Things We Do in the Dark is a brilliant new thriller from Jennifer Hillier, the award-winning author of the breakout novels Little Secrets and Jar of Hearts. Paris Peralta is suspected of killing her celebrity husband, and her long-hidden past now threatens to destroy her future.

My Thoughts:  Amazing!   I love this thriller.  Paris is charged with the murder of her husband.  While this is where the story starts it is by no means where it continues.   Things We Do in the Dark is full of twists and turns that kept me turning pages, reading the words, and trying to put it all together.   I did not find this book hard to figure out.   As the story continued, I was able to figure out what Paris’ secrets are and why she would like them to stay in the past.  But… I did not see the big twist at the end.   LOVED IT!

Paris is a great character, her story is unique.  The fact that she was able to come from a twisted background but has not let that take her down.   She has worked hard to keep her past in the past and has become an accomplished yoga instructor with her own studio. I love stories like this, stories where a person with a tough childhood/young adult comes through and makes herself successful.   There is so much to her story and she had some great friends to stand next to her while she fought the murder arrest.

Jennifer Hillier is a great thriller, mystery author.  I am excited to see what other books she has out there.  I recommend this book to anyone who loves twists and turns and surprise endings. 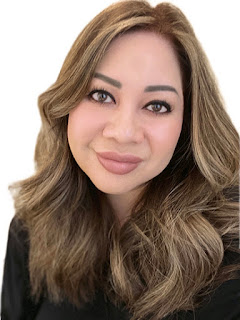 I’m the USA Today bestselling author of seven psychological thrillers, including the national bestseller Little Secrets, which was a finalist for the Los Angeles Times Book Prize and the Anthony Award, and Jar of Hearts, which won the ITW Thriller Award and was shortlisted for the Anthony and Macavity Awards. My latest thriller is Things We Do in the Dark. My earlier novels—which I hope you’ll also check out—are Creep, Freak, The Butcher, and Wonderland. My novels have been published in twenty-three languages so far.

I’m Filipino-Canadian, born and raised in Toronto, but I spent eight amazing years in Seattle, which is where I first became a published writer. I’m a Seahawks fan but I married a Packers guy. We have a young son who looks most like me when he’s crying. I’m afraid of the dark and can’t sleep unless I’ve checked the locks on the doors several times. I love writing when it’s raining, sleeping when it’s sunny, and reading after everyone else has gone to bed. I cherish my family (those who read, and those who don’t), and my friends (those who write, and those who don’t). I’m a cat person without a cat, which makes me sad. But I’m now back in the Toronto area permanently with my family, which makes me happy.

I also have a newsletter, which I mostly forget to write and send out, but when I do, I think it’s pretty good. You can sign up here. I promise I don’t spam, and sometimes I give stuff away.

You can also find me on Facebook, Twitter, and Instagram, but hopefully not every day. My newest novel, Things We Do in the Dark, will be coming July 19, 2022. I’m excited for you to read it, and I hope you’ll consider pre-ordering it now. It’s so great for the author when you do!