Blog Tour & Excerpt for Rebel One by J.S. Christine with a GIVEAWAY Lacey Carson dreams of experiencing the world outside of the mundane town her father limits her to. “Go big or go home”? Lacey is already wrapped up in her comforter before that question can be finished. Her fight or flight instinct falls hard in one direction only.

When the opportunity presents itself for more adventure, Lacey jumps in head first before Travis can say no. It may be a little more than she bargained for as she learns about the ups and downs of independence, her own strength, and the crime world she quickly becomes immersed into.

EXCERPT:  He took a deep breath in. “Lacey Carson,” he began, watching me as if I was about to run away at any second. Travis let out a sigh and ran his hands through his hair a few times before opening his mouth and letting the words flow effortlessly out, the boyish grin back on his face. “Will you be my girlfriend?”

Will I be his...what? He had to be kidding me. Was something wrong with him? Was he crazy?

Were you supposed to go out with someone the same time you learned — and were shocked — that they knew your name? That felt like it fell under the category of “rushing it”. I mean, this was our first actual conversation. Just a few hours ago I thought he was going to kill me. I still wasn’t completely reassured on the whole “not killing you” part. He could be buttering me up to sink the knife in my back.

Either way, this wasn’t the type of story to tell the kids fifteen years down the road. “Yes sweetie, your father and I met when I thought he was going to leave me to die in a burning building he set ablaze.” How on Earth would I be able to lecture them on right from wrong in that case?

Wait, I was thinking too far ahead. Maybe he was joking.

“Pardon?” I asked finally, looking up from my fingers that I had acquired great interest in.

Travis ran both of his hands through his hair a few times before sliding them over the front of his face, almost hiding it. He let out a loud sigh, causing me to glance around to make sure no one was within hearing distance. He pulled his hands slowly down his face until they fell into his lap. He was nervous which made me all the more anxious.

“Okay, here’s the thing. I need you...” he stopped and bunched up his face, as if he was debating with himself. “To teach me how to be normal.”

I leaned it a bit closer to him, keeping eye contact with him. “Don’t they have institutions for that?” I whispered as quietly as I could so any passerby wouldn’t overhear.

Travis let out another loud groan and smacked his forehead with one of his hands. He leaned back on the bench, lying down on his back with a leg on either side of it. His hands flopped down towards the ground and he started mumbling to himself. Maybe he really did have issues.

I crossed one leg over my other and kept my arms tight around my books, pressing them to my body and trying to take up as little space as possible while he did the opposite.

In a snap, he leaned back up into a sitting position, as if it wasn’t a trouble to him at all. My mind flashed back to the muscles I felt earlier under the staircase. His hands made a mess of his hair again and when his blue eyes found my own watching him, I looked away and down at my fingernails. Okay, no thinking about muscles.

I peeked up at him, his inability to say what he was thinking caught my attention.

“I come on a bit strong, as you probably might have guessed... And I need to blend in,” he said slowly, watching my face. “Does that make any more sense?” he squinted a little, as if he was thinking hard.

It did not make any sense.

J.S. Christine has been writing novels since 2011 and graduated with a degree in Creative Writing. She strives to give readers worlds they can relax in with characters they can call their friends. Her novels typically travel down the obstacle-ridden roads of self-discovery with music blasting in the car’s speakers and the occasional explosion off to the side. Her first novel, Sparked, was self-published in 2016. When she isn’t writing, she can be found binge reading books, burning cookies, attempting to run, or teaching her three cats how great popcorn is. 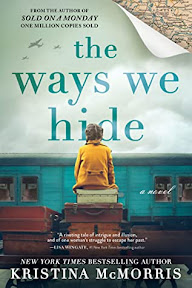