Spotlight for Body and Soul Food by Abby Collette In this page-turning new mystery series, fraternal twins Keaton and Koby will pull double duty when they take down a killer while preparing to open their new bookstore and soul-food café, Books & Biscuits.When Koby Hill and Keaton Rutledge were orphaned at age two, they were separated, but their unbreakable connection lingered. Years later, they reunite and decide to make up for lost time and capitalize on their shared interests by opening up a well-stocked bookstore and cozy soul-food café in the quaint Pacific Northwest town of Timber Lake. But this new chapter of their lives could end on a cliffhanger after Koby's foster brother is found murdered.

The murder, which occurred in public between light-rail stops, seems impossible for the police to solve. But as Keaton and Koby know, two heads are always better than one, especially when it comes to mysteries. With just a week to go before the grand opening of their new café, the twins will use their revitalized connection with each other to make sure this is the killer's final page. 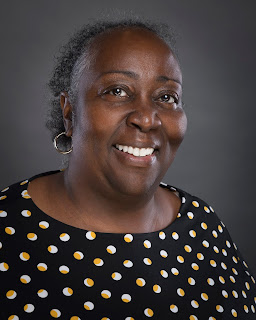 Wall Street Journal bestselling author Abby Collette loves a good mystery. She was born and raised in Cleveland, and it's a mystery even to her why she hasn't yet moved to a warmer place. As Abby Collette, she is the author of the Ice Cream Parlor mystery series, about a millennial MBA-holding granddaughter running a family-owned ice cream shop in Chagrin Falls, Ohio, and the upcoming Books & Biscuits mystery series, starring a set of fraternal twins who reunite and open a bookstore and soul food café. Writing as Abby L. Vandiver, she is the author of the Logan Dickerson Mysteries, featuring a second-generation archaeologist and a nonagenarian, as well as the Romaine Wilder Mysteries, pairing an East Texas medical examiner and her feisty, funeral-home-owning auntie as sleuths. Abby spends her time writing, facilitating writing workshops at local libraries and hanging out with her grandchildren, each of whom are her favorite.
Posted by A Soccer Mom's Book Blog at 12:00 PM