Book Review for The Passing Storm by Christine Nolfi

The Passing Storm by Christine Nolfi 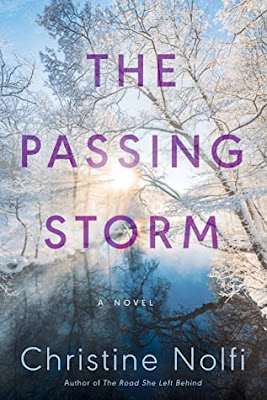 From Goodreads:  A gripping, openhearted novel about family, reconciliation, and bringing closure to the secrets of the past.

Early into the tempestuous decade of her thirties, Rae Langdon struggles to work through a grief she never anticipated. With her father, Connor, she tends to their Ohio farm, a forty-acre spread that itself has enjoyed better days. As memories sweep through her, some too precious to bear, Rae gives shelter from a brutal winter to a teenager named Quinn Galecki.

Quinn has been thrown out by his parents, a couple too troubled to help steer the misunderstood boy through his own losses. Now Quinn has found a temporary home with the Langdons—and an unexpected kinship, because Rae, Quinn, and Connor share a past and understand one another’s pain. But its depths—and all its revelations and secrets—have yet to come to light. To finally move forward, Rae must confront them and also fight for Quinn, whose parents have other plans in mind for their son.

With forgiveness, love, and the spring thaw, there might be hope for a new season—a second chance Rae believed in her heart was gone forever.

My Thoughts:  Whether you have read Christine Nolfi before or this is your first book, You Must Read This Book!   The Passing Storm is an amazing story about family, grief, friendships, and dealing with your past.  I devoured every word of this book.

The characters have had a tough past.   They have suffered losses which changed their lives forever.   The lost loves and their hearts never healed completely.  I really enjoyed that they were real, with problems, and were trying to work past them.  The family lives were not easy but the love they have for each other never waivers.

The book was emotional.   The friendships were not always easy, but they were true.   The families were real, they had problems, but they were also there for each other.  The storyline was so tough.   The abuse, the grief, the losses, and most of all the love made this a book that I could not put down.

I will recommend The Passing Storm again and again.   I will be anxious to talk to anyone who reads it to see what their thoughts are. 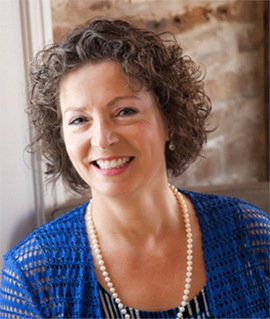 Meet Christine Nolfi:  (from her website) Award-winning author Christine Nolfi writes heartwarming and inspiring fiction. Her latest release, The Road She Left Behind, has remained on the Amazon bestseller’s list since its release in June 2019. In November 2021, The Passing Storm will be released.

The Sweet Lake Series has been recognized by the International Book Awards, Royal Palm Literary Awards, Readers’ Favorite Awards, and Best Book Awards. Kirkus Reviews calls Sweet Lake “an uplifting and charming story.” Redbook calls the book “an enchanting story full of lovable characters.” The Liberty Series has been recognized by the Next Generation Indie Awards and Put Your Heart In A Book Awards. “Treasure Me is sure to delight and entertain. It’s light and refreshing; your old fashioned feel-good novel.” —USA Today

Prior to writing fiction, Christine owned a small public relations firm in Cleveland, Ohio. Her articles and press releases have appeared regionally in The Plain Dealer, The Akron Beacon Journal, and Cleveland Magazine.

Christine is the proud mother of four adopted children and two stepchildren, all of whom are now grown and in no hurry to give her grandchildren. She resides with her husband Barry and a crazy Wheaten Terrier named Lucy in Charleston, South Carolina. Join her mailing list for news and contests, and chat with her on Twitter at @christinenolfi.