REVIEW of She Saw What He Did by Lynda Renham 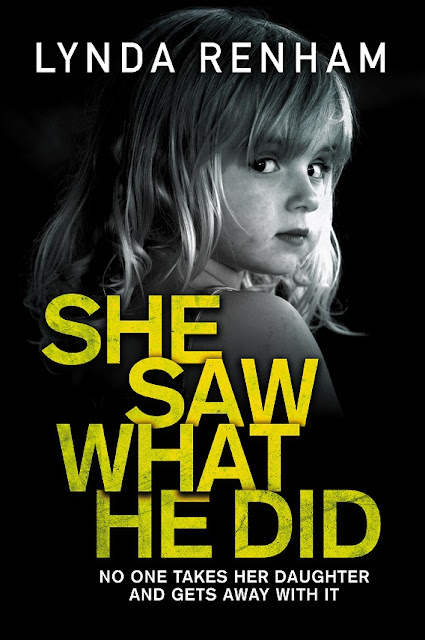 Abby Miller thought she had the perfect family; a good looking, loving husband and a beautiful daughter.  Her life was complete. The shock discovery that her husband, Jared had been having an affair rocked her world. So when Jared suggested a short break to the Cannard Islands, to heal their fractured marriage, Abby agreed. An idyllic holiday turns into a nightmare when Abby witnesses something terrible. Suddenly her life and the life of her daughter are in serious danger and no one seems able to help them.

Oh, how I love a good thriller.   She Saw What He Did is a perfect thriller.   There is suspense, there is romance, and it is realistic.    A husband making up for his mistake takes his wife on a weekend getaway.   While on the getaway they see something they shouldn’t have and are now in danger.   Add to that the little girl that they left home with her grandparents and the danger that is coming for them and you won’t be able to put this book down.

I loved the cast of characters, the setting of the story, and the realistic feelings of those involved all had me turning page after page.   The fear of the parents had me hoping for a happy ending, the worry of the islanders had me praying that they wouldn’t be the ones who were causing all the havoc, and the clues that the police were following had me hoping that I was wrong with my guess.

Lynda Renham is an author that I always look forward to reading.   She started as a romantic writer and has now developed into a thriller writer.   I love everything she writes and know that she never disappoints. 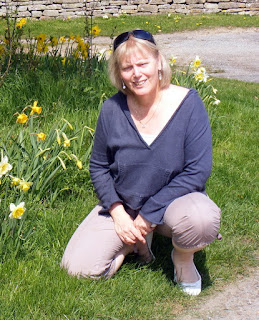 Lynda Renham is author to many popular romantic comedy and gripping psychological thriller novels. She lives in Oxford, UK. She has appeared on BBC radio discussion programs and is a prolific blogger, Twitter and when not writing can usually be found wasting her time on Facebook. Lynda lives in Oxfordshire with her second husband and two cats.

Sparrow
He looked down at his phone and smiled. A withheld number meant only one thing.
‘Yeah,’ he said roughly.
‘Sparrow?’ questioned the gravelly voice at the other end of the line.
‘Yeah it’s me.’
‘I’ve got a job for you. It’s a bit different from the usual. These are new clients. It’s a big one. Do you think you can handle it?’
Sparrow’s jaw twitched.
‘Sure. Don’t I always?’
‘This is different. You can’t make any mistakes,’ snapped the voice.
Sparrow bristled.
‘When have I ever made a mistake?’
‘Just as long as you understand. I don’t want any problems. There’s fifty thousand in this for you, but these people aren’t amateurs and they don’t take prisoners. This is a big contract. I don’t want it fucked up.’
Sparrow’s eyes gleamed. He’d misheard, surely.
‘How much?’ he questioned. It had always been a few thousand and he’d been more than happy with that.
‘Fifty thousand,’ repeated the voice.
Sparrow whistled. His insides quivered with excitement. That was a hell of a lot of money.
‘No mistakes. You do a good job, you’ll be well rewarded. You mess it up and you’re fucked. Well and truly.’
‘What do I have to do?’ Sparrow asked breathlessly.
‘The same as usual, get the package in safely, except this time you have to caretake for a while longer. This is highly sensitive. We want the heat off before any collection. There’ll be others wanting this cargo and …’
‘What is it?’ he interrupted, pulling a stale sausage roll from a brown paper bag and biting into it. There were a few seconds of silence.
‘Fifty thousand means you don’t ask questions,’ said the voice. ‘The less you know the better.’
Sparrow wrinkled his nose. He wasn’t so sure he agreed with that, but, fifty thousand …
‘Suits me,’ he said, throwing the remainder of the sausage roll into the sea.
‘There won’t be a collection straight after the drop. It’s up to you to keep the cargo safe for a while. A few days, that’s all. ‘
‘Sure,’ he said casually, although he would have been happier knowing just what he’d be caretaker of. Perhaps it was heroin this time. It was drugs, no doubt about that. It must be a big shipment. Still, what did he care?
‘We have to deliver. I’m making myself clear, aren’t I?’
‘How dangerous is this?’ he asked, combing his fingers through his brown curly hair.
‘Fifty thousand dangerous. Take it or leave it. I can find someone else.’
Sparrow doubted there was anyone else on the island that would be able to get the goods in as well as he did.
‘I’ve just got to keep it safe, right?’
‘That’s it. As soon as things are clear it will be collected.’
‘That’s all I’ve got to do?’ asked Sparrow, suspiciously. It seemed too good to be true.
‘You don’t have to take the job. There are others who …’
‘No, I’ll take it,’ interrupted Sparrow.
‘Think of this cargo as your baby,’ laughed the voice.
Sparrow didn’t laugh with him. The sound of the waves breaking on the rocks roared in his ears. The thought of fifty grand had heightened his senses. He’d be set up for life. He could move to South America, maybe even get his own bar. He could buy one of those open- top convertibles. He’s always fancied himself in one of those.
‘So, you’re in?’ asked the voice.
‘I’m in,’ said Sparrow.
‘I’ll be in touch,’ said the voice. There was a crackle and then the line went dead.