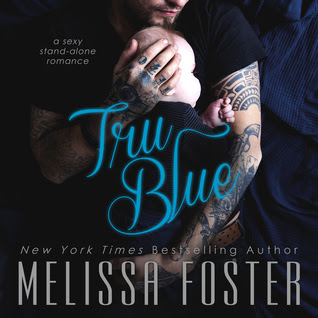 He wore the skin of a killer, and bore the heart of a lover.

There's nothing Truman Gritt won't do to protect his family - including spending years in jail for a crime he didn't commit. When he's finally released, the life he knew is turned upside down by his mother's overdose, and Truman steps in to raise the children she's left behind. Truman's hard, he's secretive, and he's trying to save a brother who's even more broken than he is. He's never needed help in his life, and when beautiful Gemma Wright tries to step in, he's less than accepting. But Gemma has a way of slithering into people's lives and eventually she pierces through his ironclad heart. When Truman's dark past collides with his future, his loyalties will be tested, and he'll be faced with his toughest decision yet.

Audiobook Review…  Paul Woodson is the perfect Truman.   He has a deep, thoughtful, sexy voice that portrays Tru exactly how I expected him to sound.    He takes the caring feelings, the fear of ruining the life he is making, and the sexiness of Tru and brings them alive.    This isn’t a light and easy book, although there were plenty of fun times in the story.   It is rough, tough, and gritty but has all the love, sexiness, and friendships that Melissa Foster is known for.

eBook Review…Tru Blue is Melissa Foster at her best.     She brings to this story an absolutely amazingly complex character in Truman.    He has lived his entire life, even as a child, protecting and saving those he loves.    He even went to prison to protect his brother.     The things he saw, the things he did, and the reactions he had have shaped him into the man he is today.   Then he meets Gemma.

Oh, Gemma…she is exactly what a man like Tru needs.    She accepts him for who he is, she offers him support, not pity or sympathy, and she loves him.     The things she is able to do for him are not easy.   She offers him support and guidance even when he doesn’t think he needs or wants it.    She loves him even when he thinks he is unlovable.     She lifts him up when he is down on himself and his life.     In return for all this Truman gives Gemma the two things she has wanted her entire life.   The first is unconditional love.   He just gives it to her, there are no conditions, no do this for my love, he just opens his arms and his heart and lets her in.   The second thing she has wanted her entire life??  Well, you need to read the story to find that out.

You have to pick up this standalone story.   Truman and Gemma are amazing.    Their love is real, with rough spots and all.