Apprentice in Death (In Death #43) 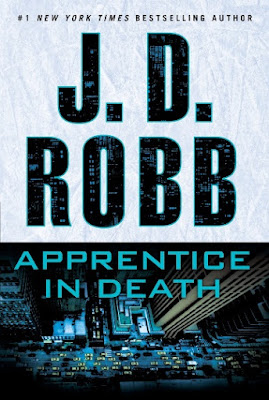 The shots came quickly, silently, and with deadly accuracy. Within seconds, three people were dead at Central Park’s ice skating rink. The victims: a talented young skater, a doctor, and a teacher. As random as random can be.

Eve Dallas has seen a lot of killers during her time with the NYPSD, but never one like this. After reviewing security videos, it becomes clear that the victims were killed by a sniper firing a tactical laser rifle, who could have been miles away when the trigger was pulled. And though the locations where the shooter could have set up seem endless, the list of people with that particular skill set is finite: police, military, professional killer.

Eve’s husband, Roarke, has unlimited resources—and genius—at his disposal. And when his computer program leads Eve to the location of the sniper, she learns a shocking fact: There were two—one older, one younger. Someone is being trained by an expert in the science of killing, and they have an agenda. Central Park was just a warm-up. And as another sniper attack shakes the city to its core, Eve realizes that though we’re all shaped by the people around us, there are those who are just born evil…

I feel like the stories in this series just get better and better.  So many times in a series this long (43 books in all) sometimes the stories get repetitive.    JD Robb has a special talent in that each book is its own story and an original story.    The characters are found in each book, their relationships are consistent, yet the crimes and how they are solved are unique.      Roarke does always seem to do his thing to help Eve solve the crime but even his thing is different in each book.    It seems there is no end to the many talents of Roarke.

With this book I found the relationship between Eve and her fellow officers remarkable.     When solving a crime with an active shooter or two still on the loose they had to work together.    The trust, the knowledge, and the respect is never doubted.   I enjoyed how officers from other departments and houses were brought in and shown the same respect as those that Eve works with on a day to day basis.

While I have never visited New York, I really enjoyed the well known places that were used as settings in this book.    The ice rink and the theatres are places that New York is known for.   JD Robb did a great job in the descriptions of not only the locations but of the people who were visiting these spots.   They were easy to picture as I read the book.

I definitely recommend Apprentice in Death.