The Dream Dancer by Leslie Hachtel 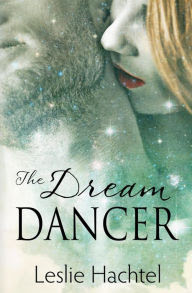 Lady Bryce has a gift.

She can enter dreams and persuade her will onto others.
It has served her well, especially in eliminating unsatisfactory suitors of her father's choosing.

But when she encounters Lord Rowland she wants him more than any-thing and decides to visit him in his sleep and make him desire her above all others.
As a virgin, she has discovered a diary from a leman who describes se-duction in detail.
When she has driven Rowland to the edge of longing, she extracts a promise that he will marry her.

As time passes, Bryce and Rowland fall in love.
But will their love be able to conquer all once Bryce’s secret is revealed? Rowland must decide if he truly loves her or has been be witched.What is truly the extent of her power?
Eventually, Bryce is freed and the lovers are reunited. However, another still seeks retribution and attacks them. They fight the enemies and are victorious.
Finally, they are able to live happily ever after.

This was presented to me as a historical story with a paranormal twist.   The setting is a castle with a queen and king, ladies in waiting, and so much other historical things.    I loved the descriptions of the rooms, the castles, and the travels.   I could picture Bryce’s dog lying by the fire while Rowland and her father talked.    The scene of Rowland riding through town on his horse and seeing Bryce for the first time stuck with me, the attraction was obvious from the first time their eyes met.

The real story is not the historical aspect but the Dream Dancing part.   Bryce is a “normal” lady except that her father is trying to marry her off to some horrible people.    Bryce wants to marry for love and attraction.    She is able to persuade those suitors to walk away and not marry her.    When she meets Rowland she decides he is the one.  Now she just has to convince him that she is the one for him.   I won’t give it away, you need to read it to find out what Dream Dancing refers to.

This is my first book by Leslie Hachtel.   I am excited to read more from her.   She wove a web of a story that I could not put down.    The pages turned, the words flew, and I was anxious to see what would happen next.    There was humor, paranormal, history, and so much more found in this book.