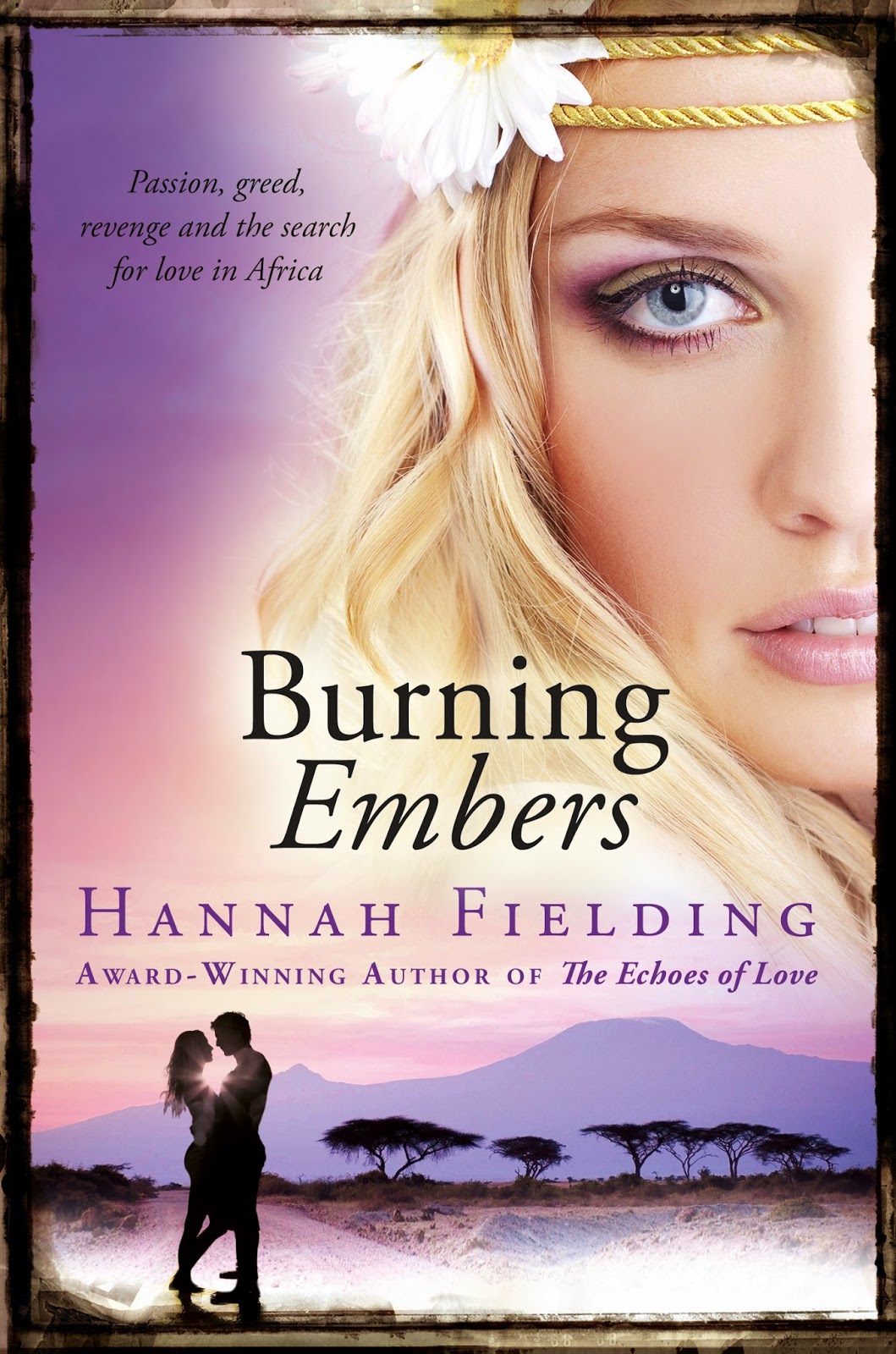 Blurb
Coral Sinclair is a beautiful but naïve twenty-five-year-old photographer who has just lost her father. She's leaving the life she's known and traveling to Kenya to take ownership of her inheritance – the plantation that was her childhood home – Mpingo. On the voyage from England, Coral meets an enigmatic stranger to whom she has a mystifying attraction. She sees him again days later on the beach near Mpingo, but Coral's childhood nanny tells her the man is not to be trusted. It is rumored that Rafe de Monfort, owner of a neighboring plantation and a nightclub, is a notorious womanizer having an affair with her stepmother, which may have contributed to her father's death.
Circumstance confirms Coral's worst suspicions, but when Rafe's life is in danger she is driven to make peace. A tentative romance blossoms amidst a meddling ex-fiancé, a jealous stepmother, a car accident, and the dangerous wilderness of Africa. Is Rafe just toying with a young woman's affections? Is the notorious womanizer only after Coral's inheritance? Or does Rafe's troubled past color his every move, making him more vulnerable than Coral could ever imagine?

Excerpt
Though the afternoon sunshine was beginning to fade, the air was still hot and heavy. Coral was struck by the awesome silence that surrounded them. Not a bird in sight, no shuffle in the undergrowth, even the insects were elusive. They climbed a little way up the escarpment over the plateau and found a spot that dominated the view of the whole glade. Rafe spread out the blanket under an acacia tree. They ate some chicken sandwiches and eggs and polished off the bottle of cordial. They chatted casually, like old friends, about unimportant mundane things, as though they were both trying to ward off the real issue, to stifle the burning embers that were smoldering dangerously in both their minds and their bodies.

All the while, Coral had been aware of the need blossoming inside her, clouding all reason with desire. She could tell that he was fighting his own battle. Why was he holding back? Was he waiting for her to make the first move? Rafe was lying on his side, propped up on his elbow, his head leaning on his hand, watching her through his long black lashes. The rhythm of his breathing was slightly faster, and she could detect a little pulse beating in the middle of his temple, both a suggestion of the turmoil inside him. Rafe put out a hand to touch her but seemed to change his mind and drew it away. Coral stared back at him, her eyes dark with yearning, searching his face.
The shutters came down. “Don’t, Coral,” Rafe whispered, “don’t tease. There’s a limit to the amount of resistance a man has.”

A flash of long blue lightning split the sky, closely followed by a crash of thunder. Coral instinctively threw herself into Rafe’s arms, hiding her face against his broad chest. She had always had a strong phobia of thunderstorms. Now she knew why the place had seemed eerie, why there had been no bird song or insect tick-tocks, no scuffling and ruffling in the undergrowth. Even though the skies when they entered the valley had not foretold the electrical storm that was to come, just like with the animals, her instinct had told her that something was wrong. But she had been too distracted by the turbulence crackling between her and Rafe to pay attention to the changing sky.

Rafe, too, was shaken out of his daze and turned his head to see that the sun had dropped behind the mountain. Dense clouds had swept into the valley and were hanging overhead like a black mantle.
“Where did that come from? No storm was forecast for today?” he muttered, jumping up.
There was another tremendous peal of thunder, lightning lit up the whole glade, and again another crash. Then the heavy drops of rain came hammering down against the treetops, pouring down through the foliage.

A wind was starting up. Without hesitation, Rafe folded the blanket into a small bundle and tucked it under his arm. He slung the hamper over his shoulder, and lifting Coral into his arms, he climbed his way up to the next level of the escarpment where a ledge of rock was jutting out and found the entrance to a cave where they could shelter. Coral was shivering. She tucked her face into his shoulder, her fingers tightly gripping his shirt. She was completely inert, paralyzed by fear. They were both drenched.

There was no way they would be able to get back to Narok tonight. Coral knew from her childhood that storms were always long in this part of the country, and through her panic she prayed that he wouldn’t be piloting that little plane back in this howling gale. At least here they were protected from the storm. It was not yet completely dark. Rafe looked around, still holding her tightly against him. Coral couldn’t herself as she sobbed uncontrollably.

“Shush, it’s all right,” he whispered softly in her ear. “It’s only a storm. By tomorrow morning it’ll all be over.” He brushed her tears away as more fell. “I’m going to have to set you down for a moment, Coral. I need to light us a fire and get you out of those wet clothes.”

What others are saying....
First class – beautifully written with an intriguing premise and interesting characters.– Romancing the Book
Hot, sultry, breathtakingly beautiful and entirely unpredictable… I think the end analysis of a good read is whether it lingers, and this one certainly did. – A Bookish Libraria
It warmed every corner of my heart. – Cocktails and Books
Hannah Fielding created a backdrop for this story that held me spellbound. – Unwrapping Romance
An epic romance like Hollywood used to make… – Peterborough Evening Telegraph
A truly compelling and romantic tale that you won’t want to put down. – Go City Girl
The kind of romance that makes you sigh dreamily… – Bookish Temptations 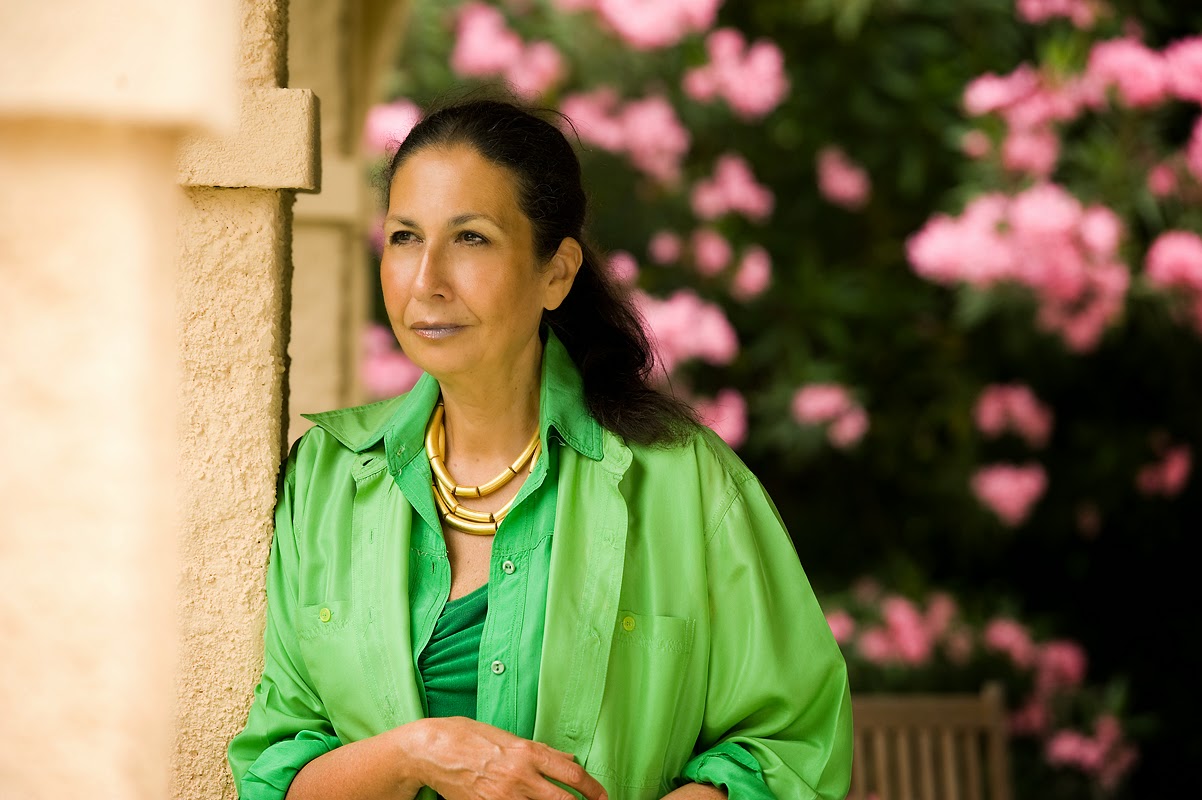 Hannah Fielding is a novelist, a dreamer, a traveller, a mother, a wife and an incurable romantic. The seeds for her writing career were sown in early childhood, spent in Egypt, when she came to an agreement with her governess Zula: for each fairy story Zula told, Hannah would invent and relate one of her own. Years later – following a degree in French literature, several years of travelling in Europe, falling in love with an Englishman, the arrival of two beautiful children and a career in property development – Hannah decided after so many years of yearning to write that the time was now. Today, she lives the dream: she writes full time, splitting her time between her homes in Kent, England, and the South of France, where she dreams up romances overlooking breathtaking views of the Mediterranean.

Her first novel, Burning Embers, is a vivid, evocative love story set against the backdrop of tempestuous and wild Kenya of the 1970s, reviewed by one newspaper as ‘romance like Hollywood used to make’. Her new novel, The Echoes of Love, is a story of passion, betrayal and intrigue set in the romantic and mysterious city of Venice and the beautiful landscape of Tuscany.