All the Butterflies in the World by Rodney Jones 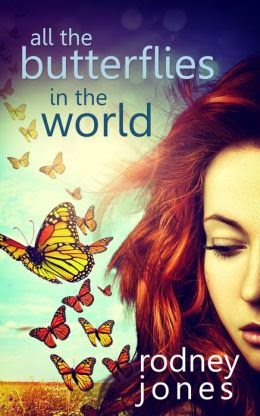 With her senior year looming, Tess McKinnon has two goals: hanging out with her best friend, Liz, and avoiding her judgmental, alcoholic mother. Then yummy John Bartley arrives—to tell Mrs. McKinnon that her daughter is dead. Distinctly still alive, Tess is baffled by John’s tales of 1800s time travel, rewritten lives, and love. She knows she’s never seen him before, but her feelings refuse to be denied.

When Tess and John discover an aged newspaper clipping that indicates John’s uncle was hanged for Tess’s murder in 1875, John decides to return to his time to save his uncle’s life, but when Tess checks the article after John’s departure, she is horrified to discover that John has been hanged instead.

Armed with determination and modern ingenuity, Tess must abandon her past and risk her future for a chance to catch her own killer and find her first love for the second time.

Time travel, the thing some of us dream of.    All the Butterflies in the World is a twist on time travel.  Not only can Tess in 2009 go back to 1875 but John from 1875 can travel to 2009.   The hitch is that John always arrives on the same day.   What a cool idea.    Rodney Jones wrote a time travel book that is not so sci-fi like that it is hard to believe and follow.    I loved how confused both John and Tess are when they arrive in the past/future.   Rodney does a great job getting right into the differences between the two worlds and how they affect the characters.  Seeing John and Tess struggle to fit in and adjust proved just how advanced the world has become and how spoiled we all are with the technology available.    I found it interesting how it ended and thought it would be the other way (this will make more sense when you read the book.)

I find myself struggling to write this review, only because I loved the book and do not want to give too much away.    I was lucky enough to read the first book in this series, The Sun, the Moon and Maybe the Trains, first and I do recommend you start with that first as it will let you connect better with the characters and understand better the whole time travel thing.    I enjoyed that the time travel aspect was not the entire story, the characters and the settings are the true story.   I love the differences between Tess’s house and world and John’s house and world and how nonjudgmental both characters were of each other.  There was a lot of curiosity but not jealousy.

I definitely recommend this book, both of them, to anyone looking for a fun read.  I have already recommended them to my book club and cannot wait to see how they like them.

Here is a peak at book one of this series.... 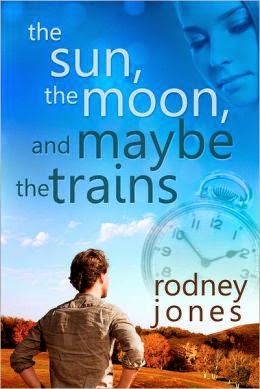 What would it take to convince you that the woods you just left is a hundred and forty-four years distant from the one you entered?
Ten years have passed since the Civil War broke up John Bartley's family. Living with his aunt and uncle in the tiny village of Greendale, Vermont, isn't filled with excitement for a seventeen-year-old.

Until John walks into the woods one day and stumbles into 2009...

Fortunately, he chances upon the outspoken Tess McKinnon. To earn her trust, he must first convince her that he is neither a lunatic nor a liar. The proof he needs is buried at the end of a mountain road, where the ruins of Greendale lie just beneath a layer of dead leaves and moss.

What became of his home? Why is there no record of its existence?