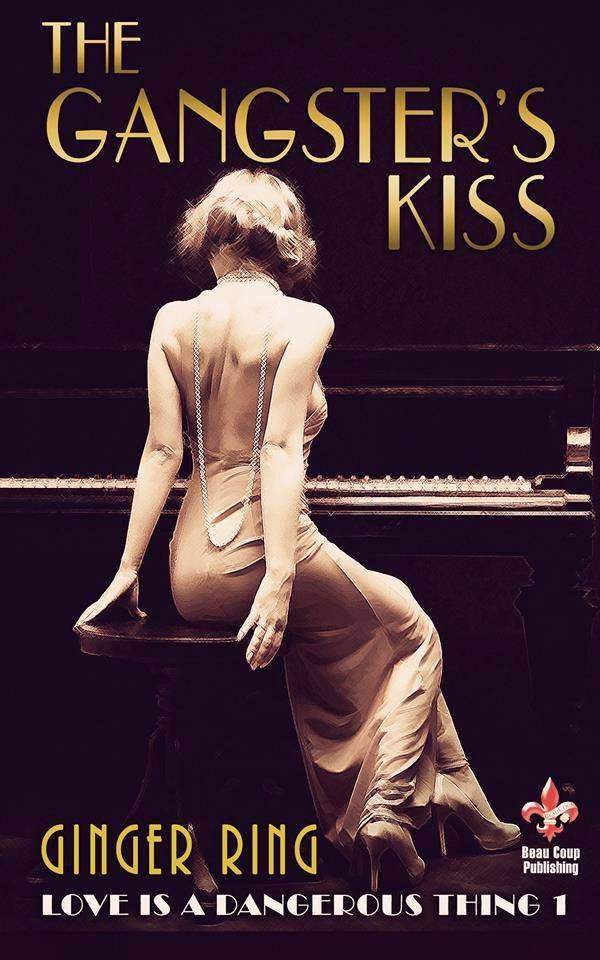 John O’Malley’s sister is missing. All the clues of her disappearance lead to Hayward County, Wisconsin and the crooks and questionable sheriff that reside there. Pretending to be one of them, John takes a job as bodyguard for the sheriff’s beautiful sister, Grace. It seems like the perfect way to investigate their crimes and corruption, but when someone threatens to kill Grace, the job proves harder than he thought. Is she an innocent witness to a crime, or just as guilty as everyone else?

Grace Sullivan just wanted a normal life: find a good man, get married and have a family. She has had enough of looking the other way while her brother hides behind his sheriff’s badge to conduct shady dealings. Hiring a gangster named John to watch her is the final straw. When a face from the past threatens her life, she is forced to put her life in John’s hands, but as time goes on, all she really wants is to be in the gangster’s arms.

This is a first for me… a 20’s gangster novel that I could not put down.    I love historical stories, but gangster books are not always my thing.    The Gangster’s Kiss is absolutely my thing.   I started the book, read the book in less than 24 hours, and could not stop thinking about it.    Writing this review I can still recall everything I love about the book and am trying to figure out how to share just enough with you, without giving away too much.

The characters of John and Grace were perfect.   I could easily relate to them and their story was so real.  I could feel the attraction between them, but I could also feel their reluctance to explore each other.  They knew that what they ultimately wanted could be put on the back burner if they got involved with each other and finally figured out how to work together to get their goals accomplished.

Daniel, Grace’s brother, was interesting to me.   While he should have been an upstanding citizen, he definitely was not.  It scared me that his lifestyle was a reflection on Grace.  The people he dealt with are not good people and I was sure they would do whatever they needed to to get the results they wanted.   While he was not necessarily a good guy, he really wasn’t a bad guy.  He did what he could to keep his sister safe, doing the best he could to keep her out of his lifestyle.

The Gangster’s Kiss is a book that I know I will be wanting more of.  I have quickly become a fan of Ginger Ring.    Do not wait.   Go get this book now.   You will not be sorry.

Bio
Ginger Ring is an eclectic, hat-loving Midwestern girl with a weakness for cheese, dark chocolate, and the Green Bay Packers. She loves reading, playing with her cats, watching great movies, and has a quirky sense of humor. Publishing a bookhas been a lifelong dream of hers and she is excited to share her romantic stories with you. Her heroines are classy, sassy and in search of love and adventure. When Ginger isn't tracking down old gangster haunts or stopping at historical landmarks, you can find her on the backwaters of the Mississippi River fishing with her husband.