Destination to Be Determined by J.B. McGee and Nicole Andrews Moore 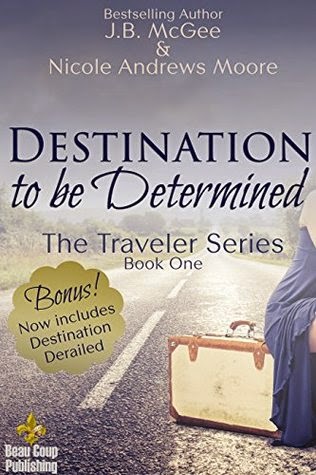 Destination to Be Determined

Life has never been easy for Emmy London. Raised in foster homes, she learned to never get too comfortable, to never let anyone in. When her classmate, Chloe Oliver, disappeared at the tender age of five, so did she. From that moment on, life was never the same. She kept a secret and kept her distance from everyone. With the twentieth anniversary of Chloe's disappearance looming, Mr. Oliver sought Emmy's assistance, asking her to revisit the past in order to give him the closure he so desperately needed. As a private investigator, she was accustomed to facing unpleasant situations and sifting through others' lives. Unfortunately, this time to do that, she has to face her own. Soon, she herself is being followed. A handsome stranger insinuates himself in her life. Everything she believed and thought she knew is called into question beginning with…can she turn her curse into a gift? Her mission is clear, her destination is to be determined. 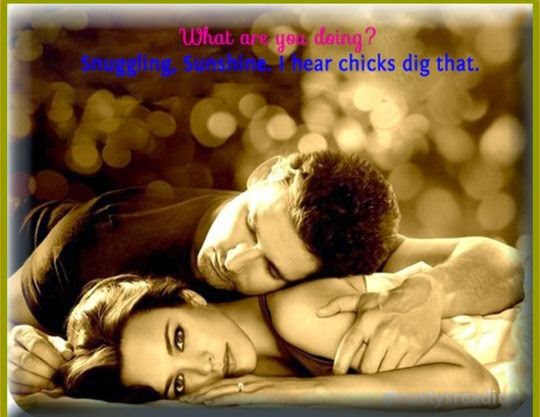 When Emmy finally answers a series of missed calls, the first words Sean speaks are, “Peaches is missing!” Rushing back to Shiloh Cove, her new mission is a favor for a friend that lands her in a strip club, working undercover. Blaze really appreciates her new work uniform…and he’s not the only one. Like so many others on the force, Detective Morrow moonlights in a security position after hours at Leather and Lace. He’s seen many girls come and go through the years without giving it another thought, until Emmy enters his life once more, this time wearing makeup and not much else. Then, he can’t stop thinking about her. In the midst of an alpha pissing contest between two men who make her quiver, Emmy finds herself embroiled in a dark and dangerous underground. Everything she believed to be true is put to the test. It has been said rules are meant to be broken, that life is all fun and games. Yet in her case, never has so much been at stake when Emmy finds her destination derailed. 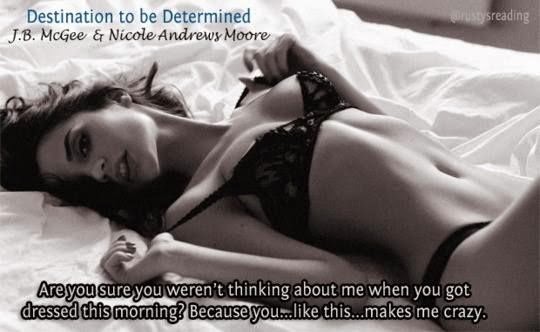 I love Emmy.   She has spunk and is a tough cookie.    While she wants a “normal” life, she knows that it is not possible so she sets up a ton of rules to follow.   These rules make it very tough to have a relationship of any type, whether friendship or more.   I also loved that she took notes on what not to do or to do while living her life.    I am a note taker and list maker, so I totally understood her needing to document what is happening in her world.

Although there is a tidge of paranormal or sci-fi in this story, it is definitely more of a romance/mystery story.   I cannot wait for more with these characters. 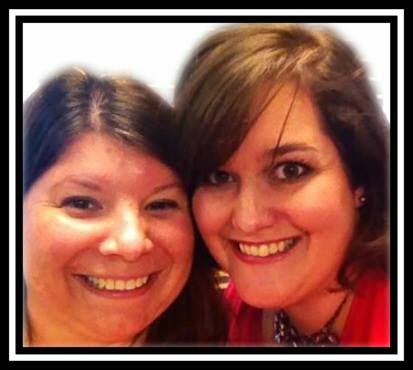 J.B. McGee was born and raised in Aiken, South Carolina. She is the mother of two beautiful children and a stay at home mom/entrepreneur. She finished her Bachelor of Arts degree in Early Childhood Education at the University of South Carolina-Aiken in 2006. During her time studying children's literature, a professor had encouraged her to become a writer.
In 2011 it was discovered that both of her children and her husband have Mitochondrial Disease, a disease that has no cure or treatments. Being a writer allows J.B. to remain close to her family, work on raising awareness for this disease and to lose herself in the stories that she creates for her fans.
J.B. McGee and her family now reside in Buford, Georgia. She is an Amazon Top 100 bestselling author of her debut series, the 'THIS' Series.
She is represented by Stacey Donaghy with Donaghy Literary Group. Her books can be found on Amazon, Barnes and Noble, Kobo, Apple, and Smashwords in ebook, paperback, and even some audiobooks. The German translation for her debut novel, Broken, will be available July 1, 2014, through Amazon Crossing.

Nicole Andrews Moore has been an author since 2011, but it was after the birth of her daughter, Kenna in January of 2012, that she was determined to make it a full-time career. As the fourth smallest preemie in the world, Kenna’s medical needs would prevent her from ever going to day care. A fan introduced her to JB McGee, who became her mentor and best friend. They have been working together ever since, but The Traveler Series is their first collaboration.

For fun, she spends time with those she cares about, cooks, reads, writes, and especially lives to travel. The current travel goal: visit every Margaritaville. Three down! (Eleven to go?)

Her writing can also be found on Shine, where she is a Shine Parenting Guru and an award winning Yahoo! Contributor on YourWisdom as the relationship and dating expert. In addition, she has been published by McClatchy News in their syndicated papers.

Her books can be found on Amazon, Barnes and Noble, Kobo, Apple, and Smashwords in ebook, paperback, and even some audiobooks.