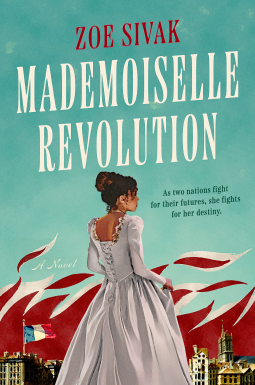 A powerful, engrossing story of a biracial heiress who escapes to Paris when the Haitian Revolution burns across her island home. But as she works her way into the inner circle of Robespierre and his mistress, she learns that not even oceans can stop the flames of revolution.Sylvie de Rosiers, as the daughter of a rich planter and an enslaved woman, enjoys the comforts of a lady in 1791 Saint-Domingue society. But while she was born to privilege, she was never fully accepted by island elites. After a violent rebellion begins the Haitian Revolution, Sylvie and her brother leave their family and old lives behind to flee unwittingly into another uprising—in austere and radical Paris. Sylvie quickly becomes enamored with the aims of the Revolution, as well as with the revolutionaries themselves—most notably Maximilien Robespierre and his mistress, Cornélie Duplay. As a rising leader and abolitionist, Robespierre sees an opportunity to exploit Sylvie’s race and abandonment of her aristocratic roots as an example of his ideals, while the strong-willed Cornélie offers Sylvie safe harbor and guidance in free thought. Sylvie battles with her past complicity in a slave society and her future within this new world order as she finds herself increasingly torn between Robespierre's ideology and Cornélie's love. When the Reign of Terror descends, Sylvie must decide whether to become an accomplice while a new empire rises on the bones of innocents…or risk losing her head.
Add to your MUST-READ list on Goodreads
Purchase your own copy on Amazon or Barnes and Noble 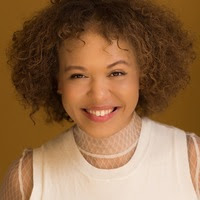 Meet Zoe Sivak (taken from her website):  As a young woman of color, Zoe Sivak aims to restore diversity to historical narratives. In her writing, she explores famous male figures through the lens of the women beside them–women who could have existed, even if history left them behind. Her debut novel, MADEMOISELLE REVOLUTION, is forthcoming in August 2, 2022 from Berkley/Random House.

When not engrossed in historical research, Zoe is pursuing both her Juris Doctorate and Master of Public Health in Philadelphia, Pennsylvania. with a focus on women's health.